Chinese-made machines might have a mixed reputation, but the promise of cheap prices and generous specs are proving an irresistible lure for plenty of budget conscious ATV buyers.

While several dozen ATV brands have made the long trip from Asia over the last few years, only a couple have stood the test of time.

One of the longest serving is the CF range of ATVs and motorbikes imported for the last 25 years by Quadzilla, based in Horncastle, Lincolnshire.

CF has an impressive CV, producing 800,000 ATVs and over 300,000 engines every year, to be distributed predominantly across Europe, North America, Asia and Australia. 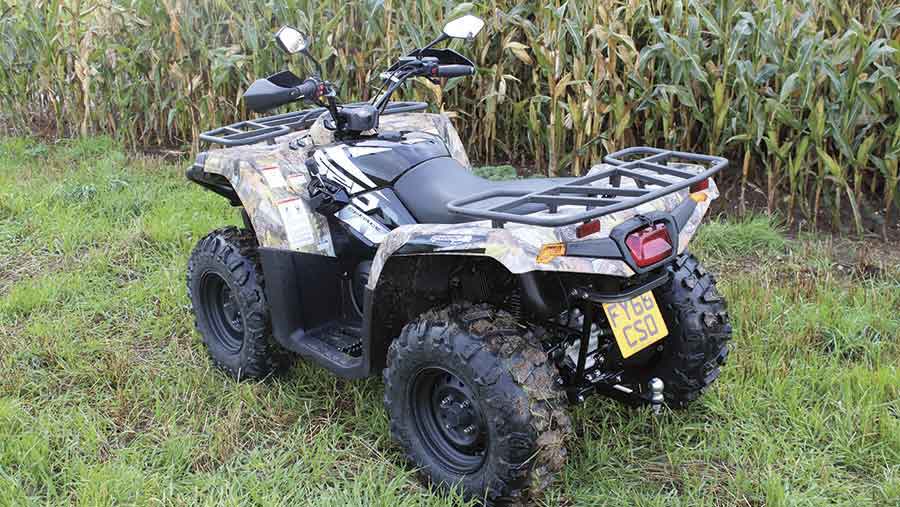 The manufacturer’s expanding product range has also given Quadzilla more firepower on the UK market, where agriculture now accounts for 30% of its sales, up from 10% just a couple of years ago.

Cheap prices and improving quality have been the main drivers, but the company is also elbowing its way on to the farming market by selling machines through traditional Honda, Suzuki and Kawasaki dealers.

The latest model to join the Quadzilla price list is the 520 – a replacement for the old Terrain machines that has had a serious power injection in the process. The single-bore, 500cc block kicks out 39hp, which is a generous improvement over its 26hp predecessor.

The punchy engine is paired to a Canadian-made CVT gearbox that provides smeary acceleration without the fluctuating engine revs that can sometimes be the case with stepless set-ups.

The transmission comes with two speeds – low and high – and is selected via a lockable handstick, which should act as an extra deterrent for would-be thieves. 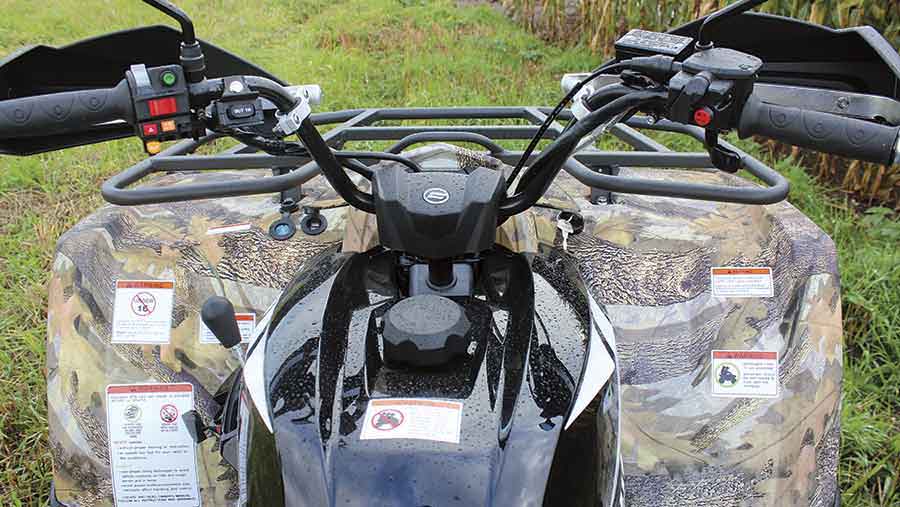 Of particular appeal to the farming fraternity will be the selectable four-wheel drive and, when things get really slimy, a diff-lock for the front axle, too.

Both are selected through an electric switch on the right side of the handle bar, and a swivelling cover over the diff-lock selector means it can only be engaged once four-wheel drive is locked in. 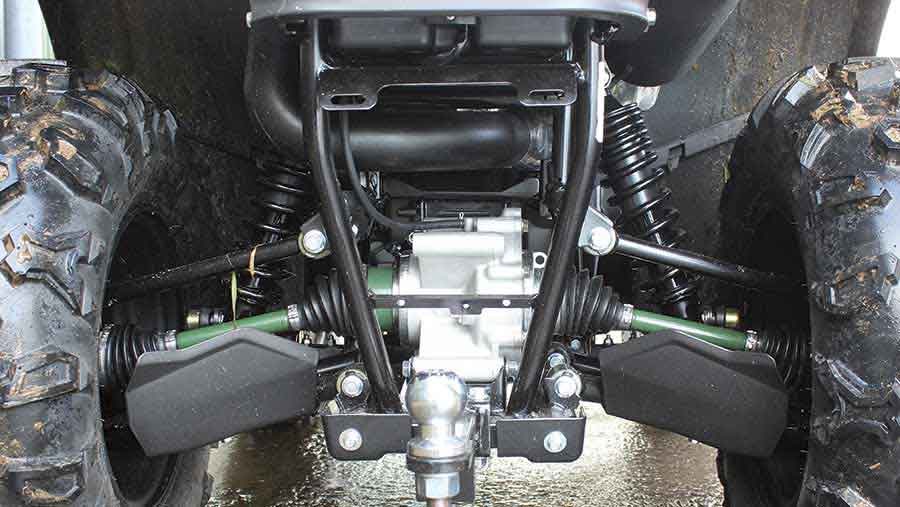 Where cushioning is concerned, CF opts for coil and strut suspension on all four corners. The company insists this gives better stability and a more comfortable ride than a single arm arrangement, while 240mm ground clearance betters most of its rivals.

Any hanging hoses underneath the frame are protected by braided stainless steel to avoid snags and damage, too.

A fully-laden standard spec list means there are plenty of other natty extras.

An electric winch is fitted to the front, while a 12v fag lighter socket and two USB ports just below the handlebars offer a few options for powering and charging anything from a mobile phone to a guidance screen.

A tow bar with seven-pin trailer connection is included as well. 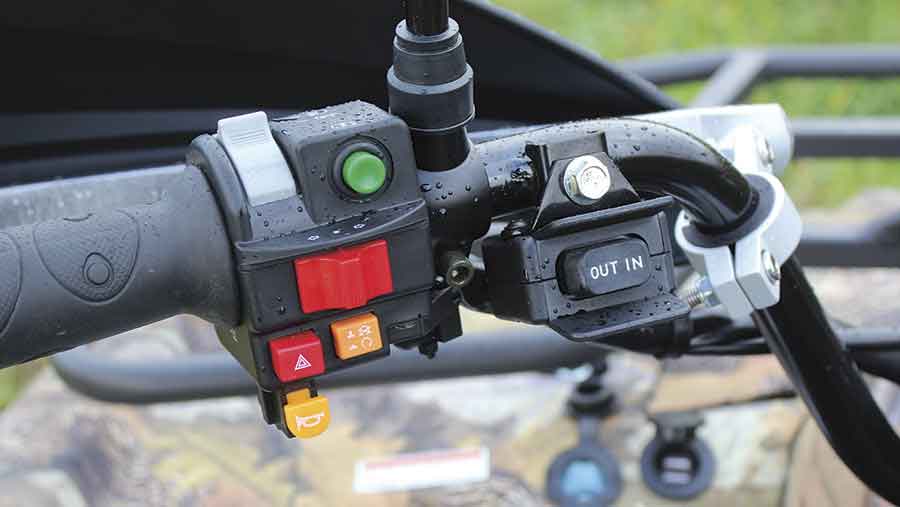 Quadzilla also sells its ATVs road-ready, which means items like daytime running lights are part of the standard package.

On the plus side, there’s no need to retrofit all the wiring loom required to make sure the machine conforms to the rules, which can add a fair chunk to the asking price.

Quadzilla’s 520 is a surprisingly well-finished ATV that will provide serious competition to the Honda Foreman – the benchmark on the British ATV market – over the next few years.

It’s generously specced, cheap, powerful and has a responsive drive for a CVT, but the big question marks still hover over its ability to cope with hardcore stock farming where machinery maintenance is a forgotten thing.