With new models from several manufacturers and the return of a couple of Chinese brands to the UK market, there are changes from top to bottom in our farm buggy guide listing [PDF] this year.

The John Deere Gator range has been revamped pretty much across the board, with restyled HPX 815E, XUV 560E and XUV 590M models, as well as new 54hp petrol XUV 835M and 23hp diesel XUV 865M vehicles bowing in.

Power steering, a CVT transmission, top speeds of 60kph and 50kph, respectively, and a tight turning circle are features of the newcomers, together with a 42-litre fuel tank for longer periods between fill-ups.

Noise isolation and sound dampening components are said to make the cab on these Gator vehicles the quietest yet.

The Arctic Cat line up reflects it take-over by Textron last year, with two models – the Stampede and Havoc X – making their debut.

While the latter is an out-and-out sporty UTV with up to 100hp from its 957cc petrol engine, the Stampede is a toned down version, albeit one that still boasts 80hp, on-demand four-wheel drive, electronic power steering and double A-arm suspension front and rear.

Its unique feature is an extended cab, which provides storage space behind the bench seat and the 272kg capacity tipping load deck.

The Hisun range at one time supplied here under the Farr name makes a return with E P Barrus, starting three utility models with capacities of 158kg and 226kg in their tipping cargo boxes, the sports-orientated 976cc Strike 1000, and the electrically-powered Vector E1.

Having reformed its vehicle division (Barrus imported Polaris ATVs some years back), the Bicester-based company will be keen to do a proper job with the range in terms of dealers and parts and service back-up. 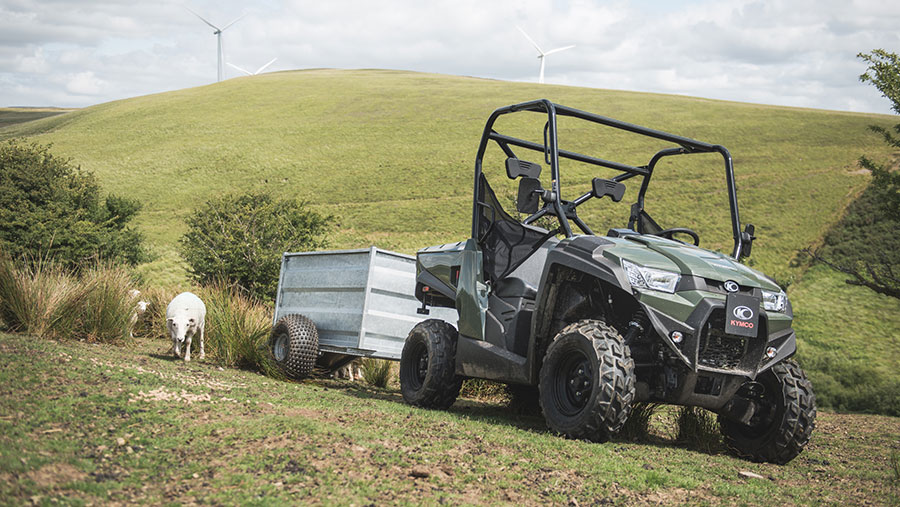 Similarly, Kymco is back on the ATV scene, this time with a distributor owned by the Taiwanese manufacturer.

Kymco’s UXV 450i is a compact side-by-side UTV with 33hp from a 443cc petrol engine, dual A-arm suspension and disc braking front and rear and the usual two-speed CVT transmission. 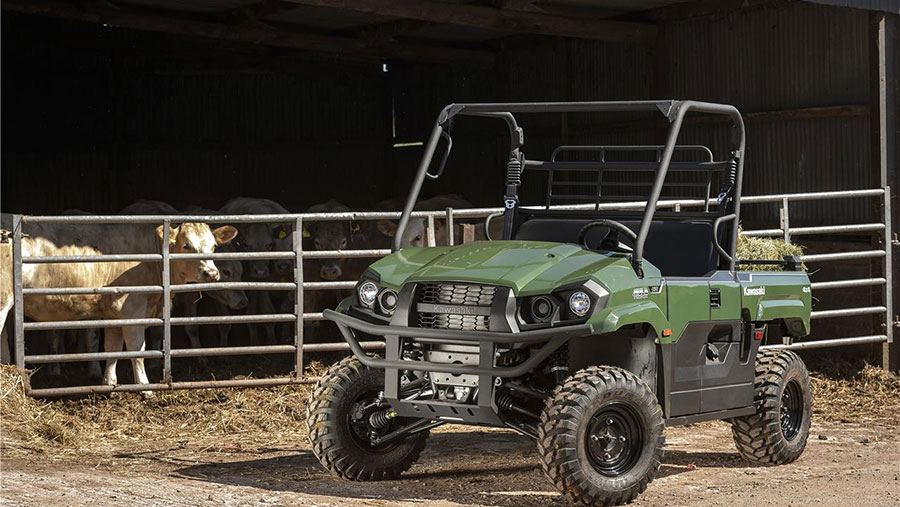 Kawasaki’s Mule is one of the longest-established names in the side-by-side utility ATV sector and with the introduction of the Pro-MX, the line-up grows to three distinct versions.

The Pro-MX has a petrol engine that outguns the Mule SX in terms of size and power output with 45hp and it also has better load-carrying and trailer-towing capacity at 317kg and 680kg, respectively. 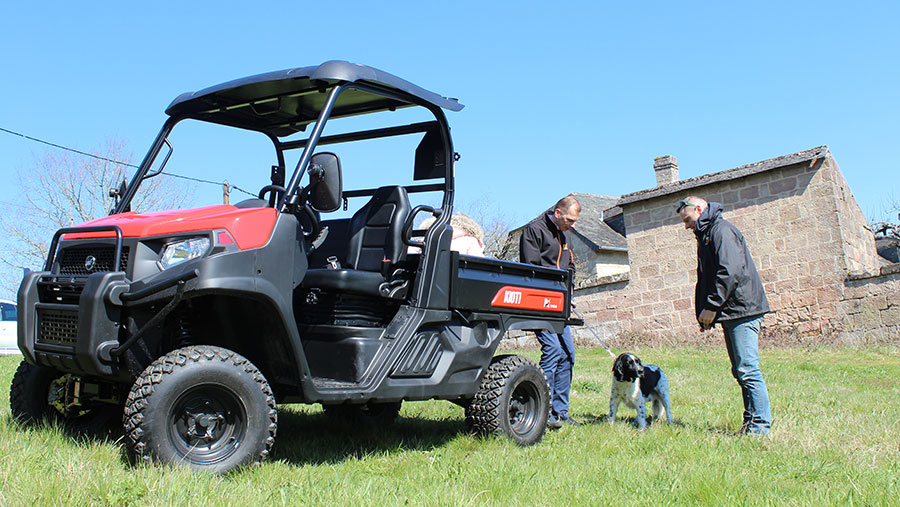 Kioti UK has replaced the current Mechron line-up with the more modern K9 2400, which is powered by the same 1007cc Daedong diesel engine with a tad more power at 24hp and speeds up to 50kph from its two-speed CVT.

Carrying and towing performance are much as before but users get a new dashboard, tilt adjustment for the hydraulic power steering wheel and added comfort from independent A-arm suspension front and rear.

Quadzilla is adding a diesel-fuelled UTV to its line-up to complement the petrol-engined CFMoto UForce Tracker vehicles it supplies.

With 40hp from its 761cc engine, the newcomer offers a package of 300kg cargo box capacity and 800kg for towing, so a potentially useful working vehicle. 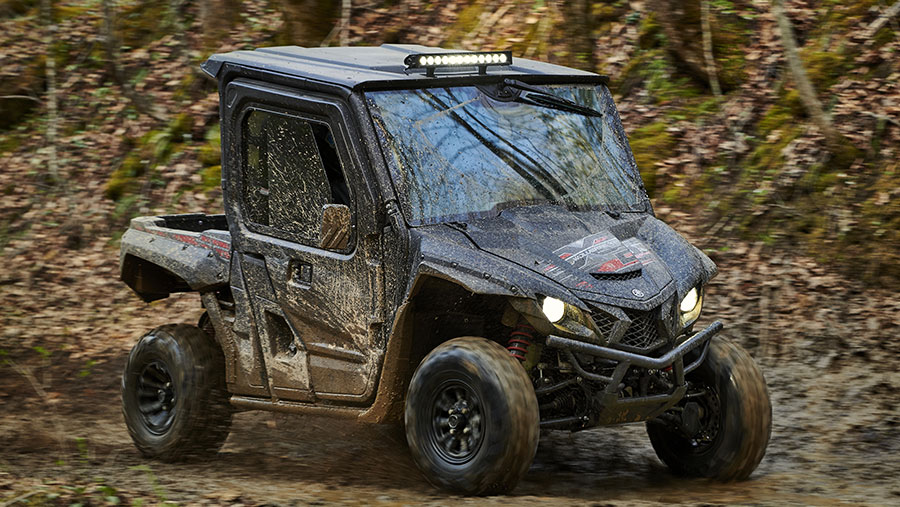 Yamaha’s Wolverine line-up – available in four- and two-seat versions – offers a sportier, higher performance alternative to the more down-to-earth Viking, while the X MR version of the Can-Am Traxter is definitely not one for blending into the British countryside thanks to its bright colour scheme.

But its ultra-aggressive tyres should do well in muddy tracks and farm gateways.