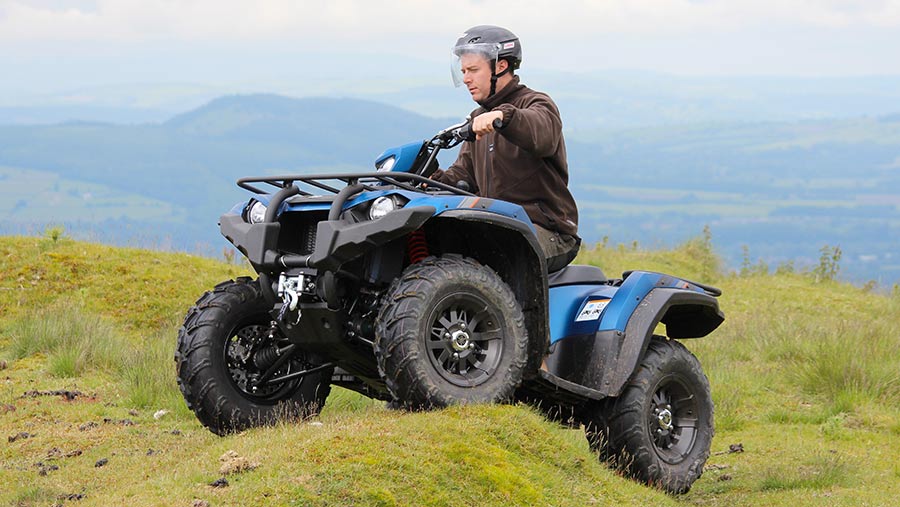 Yamaha fits the Kodiak 450 with its own single-cylinder petrol engine, which at 421cc is a little smaller than the branding on the bodywork suggests.

The firm neatly dodges the subject of power and torque figures in its brochures, but previous bikes featuring an engine of this size have produced about 26hp.

The Kodiak 450 has positively dainty proportions, making it nimble, easy to ride and able to slot neatly into a small trailer. But its diminutive stature leaves precious little space for storage, and ground clearance could be better.

Its Ultramatic CVT transmission is a particular storing point though, offering snappy uptake of drive, four-wheel engine braking and very controlled descending. A front winch is included in the package too, which is surprisingly handy.

That put it at the lower end of our test group’s power chart, but it delivered a sprightly enough performance in most situations. It was only when pulling a heavy trailer uphill that we noticed any lack of lung capacity.

The bike goes as well as it does thanks to its Ultramatic transmission. This is a fairly typical V-belt CVT, but Yamaha has done a rather pukka engineering job on it.

As a result, it offers a snappy uptake of drive, and when we towed a 2t Ford Ranger up a hill, there was no discernible drop in its performance. It was a similar story with engine braking, where it refused to run on, even with a significant weight hooked behind.

This controlled descending is down to a clever all-wheel engine braking system, which allows the bike descend with remarkable ease. It’s also helped by a one-way sprag clutch between the engine and transmission that eliminates any chance of freewheeling.

It’s a good job the engine braking was on point though, as the rear brake cable had stretched during the test, giving precious little stopping power at the rear.

The bike’s crisp performance off the mark is down to the fact the V-belt is always under tension and drive is engaged by a centrifugal clutch. 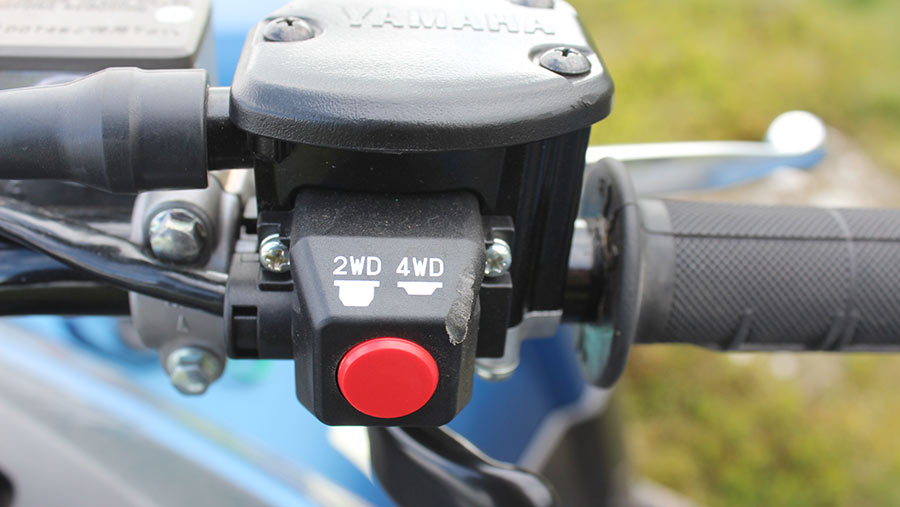 It also runs an on-demand four-wheel-drive system that can be engaged and disengaged on the move. When it is running, power is distributed through a fixed driveline at the rear and a limited-slip differential at the front.

All Kodiaks run independent suspension all round, which, due to the bike’s low seating position, has slightly lower-than-average travel. This didn’t hamper the quality of the ride, though, and will only be a concern for those who like honing across rough ground at silly speeds.

Ground clearance is also a little lower than average, but it’s considerably better than Honda’s Fourtrax.

The Kodiak 450 is impressively compact compared with most of the other bikes in its power category, and that makes it particularly easy to hop on and ride.

A tight turning circle and smooth power steering system also mean it is nimble when shunting around tight yards or threading through sheep pens.

However, tiny labels on the transmission gate mean unseasoned riders need to peer a little too closely to see which gear they’re selecting.

For those who like to tow their bikes behind a 4×4, the Yamaha was the only bike we tested that would fit in a 7ft livestock trailer. 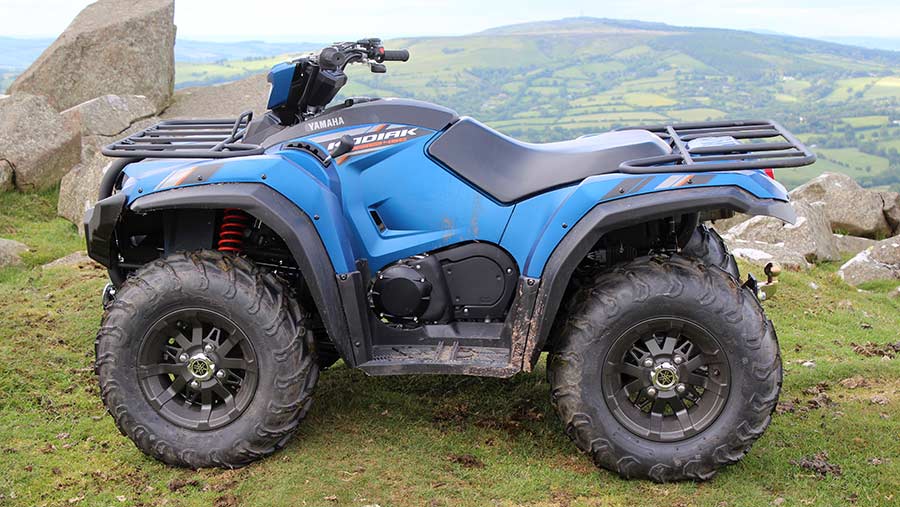 It also impressed in the load-lugging stakes, with a 600kg towing capacity, 80kg limit on the rear rack and 40kg on the front. It actually put many of the larger bikes to shame.

But the Kodiak’s neat proportions do mean there is precious little storage space on board. In fact, the only box for stashing tools or medicines is under the seat and this has holes that can let water and dirt in. 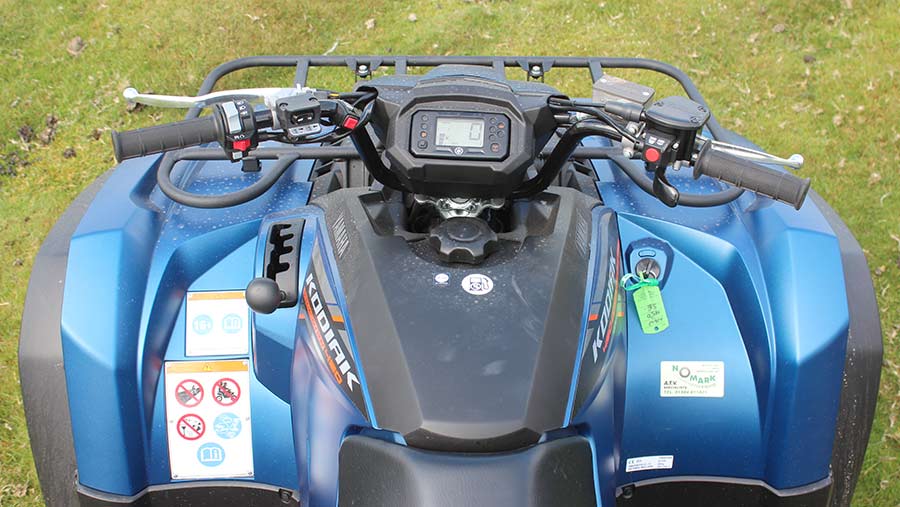 A slightly surprising freebie was the winch integrated into the front bash guard, which is rated to pull a useful 907kg. It’s a nice touch, as this would typically be an expensive add-on that many buyers would consider unnecessary.

Our test bike was a special edition model – hence the fancy metallic blue paint and alloy wheels – but the winch is a standard feature on all Kodiaks.