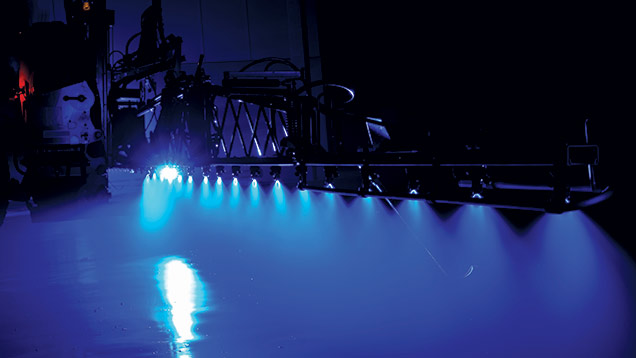 Belgian company Comatra is the latest manufacturer to offer LED lights on spraybooms. However, unlike the white lights that many firms use, Comatra says its blue ones give better illumination of the nozzles and allow the operator to see the spray pattern better.

This will not only make avoiding obstacles easier, especially at dusk, it adds, but should also make filling the tank an easier task, too.

Rather than fitting individual LEDs next to each nozzle, as many makers do, Comatra has taken the rather simpler route of fitting one bank of LEDs on each side. One light illuminates an 18m sprayer boom and two lights cover a 36m version.

The blue LED lights are cheaper to fit, says the company, require less installation time and are easier and quicker to clean compared to individual crop sprayer nozzle lights. One kit of two lights is €340 delivered anywhere in the UK by TNT.