Kverneland is a leading supplier of innovative agricultural machinery and services.

At the heart of the Kverneland offering is a strong and extensive product range including soil & cultivation equipment, seed drills, spreaders, feeding & bedding machines and precision farming technology.

For West Midlands contractor Dave Marshall, the growth of his business has enabled the firm to manage seasonal demand.

“We get very few quiet times now, and the progression of our general contracting business over the last 10 years has helped to spread our workload to a point where there’s now something to do all year-round,” says Dave Marshall. 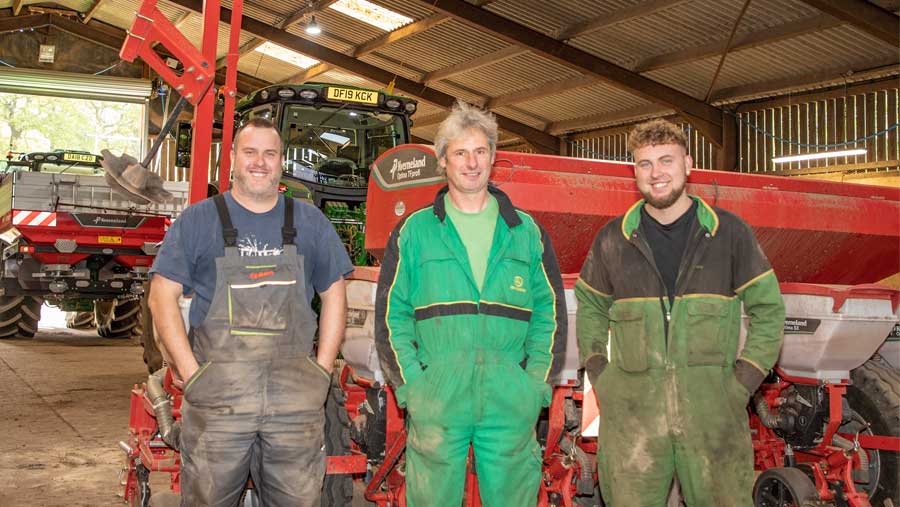 Based at Parkside Farm, Albrighton, David Marshall Agricultural Contracting handles a wide variety of work. One of the busier times for the firm is the spring period, which sees cultivations and drilling work dovetail with destoning and bed forming for local potato growers.

In addition, the business handles around 600 acres of maize planting too, and is also involved in forage harvesting and baling.

“The maize planting has always been a slow, steady job, and with pressure on us for potato work and silage, the timing of maize drilling is always a challenge,” he says. “It’s one of those jobs that always needed more output, but without sacrificing accuracy.” 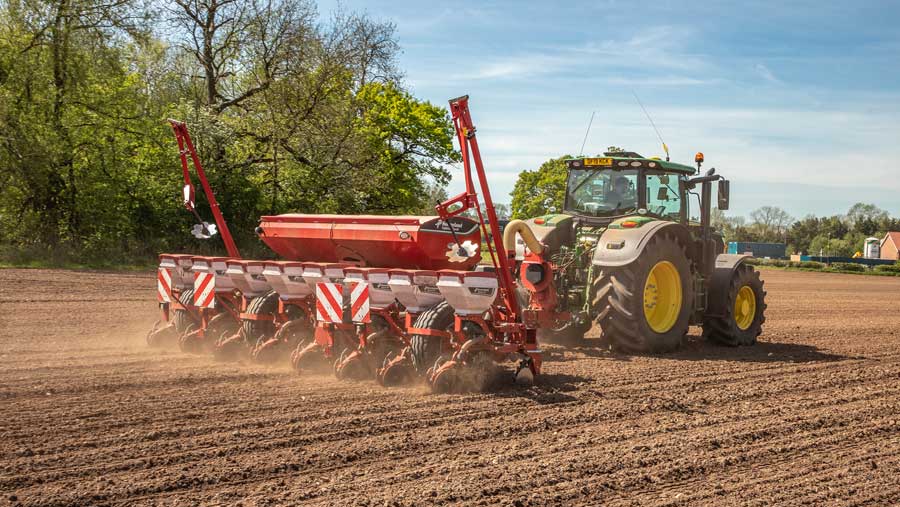 To make the most of those available timings, he has invested in a Kverneland Optima TF profi maize drill equipped with high-speed SX seeding units, supplied by local dealer Battlefield Machinery.

“We’ve gone all-in – more speed, more output and much more accuracy by reducing overlaps,” he says, referring to the precision seeder’s electric seed metering drive and auto start/stop capability. “We have to trust the technology, and I knew that when we changed our old drill, we had to future-proof the job.”

“Where we were previously sowing maize at 7-7.2kph, we’re now working at a comfortable speed of 12kph – it is a huge improvement,” says Dave. “Most of our maize customers prepare their own ground, and where they were chasing us to come drilling, we’re now waiting for them.” 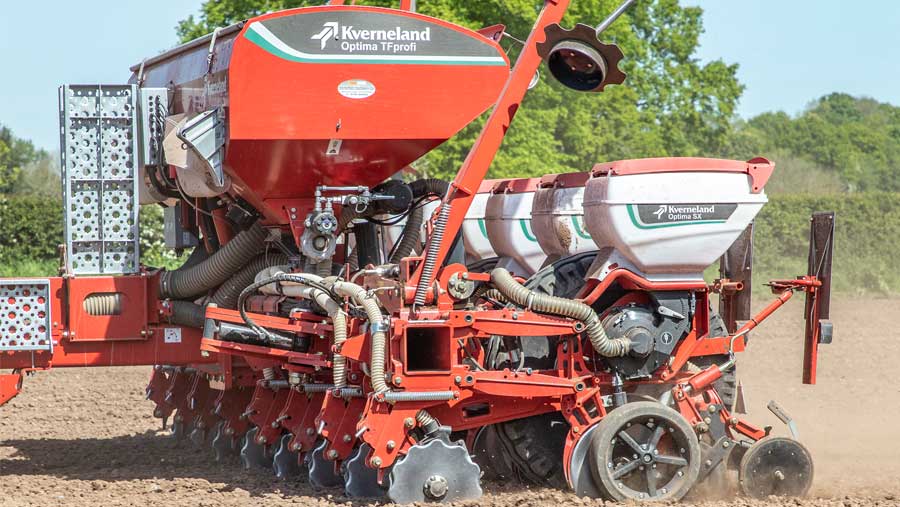 He says the drill is so much more accurate when it comes to seed rates, and by reducing overlaps on headlands, he is confident that the crop will be easier to push through his self-propelled forager, perhaps smoothing out performance.

“There’s no point investing in bigger, more productive kit then over-lapping and wasting effort with inputs,” he says. It is a point that operator Liam Ansell confirms.

“I’m impressed with the drill’s ability to deal with any shape and size of field, without over-lapping,” says Liam. “To watch the drill work, and see how the individual row control automatically starts and stops seeding based on the drill’s position, is just incredible. And with auto steering guidance, I now have more time to watch what’s going on behind.”

Mr Ansell uses the bout markers to simplify drilling the headland. After three laps of a field to put in an 18m headland, the markers are folded and he switches to full auto control. 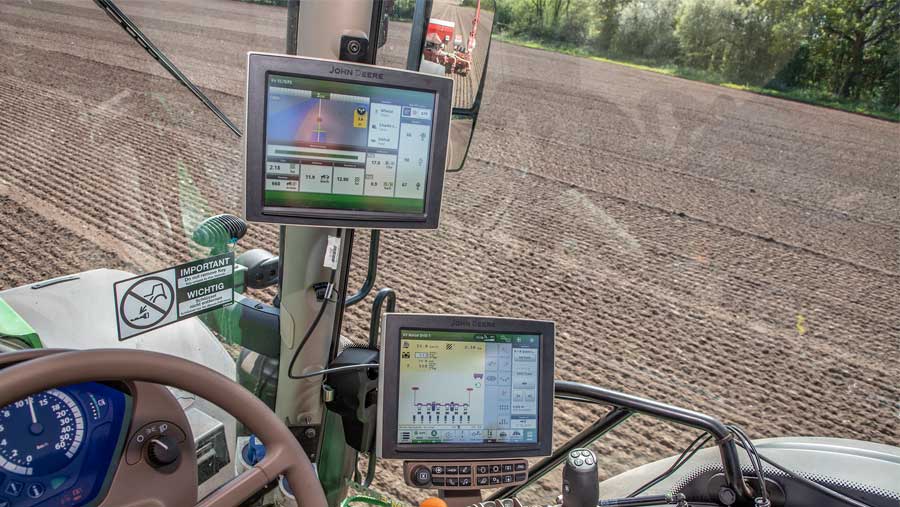 With dual 4600 screens in the tractor cab, operator Liam Ansell puts guidance on the top screen and drill control on the lower screen.

“With dual 4600 screens in the cab, I can put guidance on one screen and drill control on the other,” he says. “And then I skip alternate passes and make gentle headland turns, to fill in the missed bouts SX as an opportunity to grow the business.e.”

Both see the extra speed from the Optima SX as an opportunity to grow the business.

“With the extra output, we can easily handle more maize drilling,” says Dave. “And I’m really pleased with the seed spacing and germination accuracy too – it’s been a worthwhile machinery purchase.”