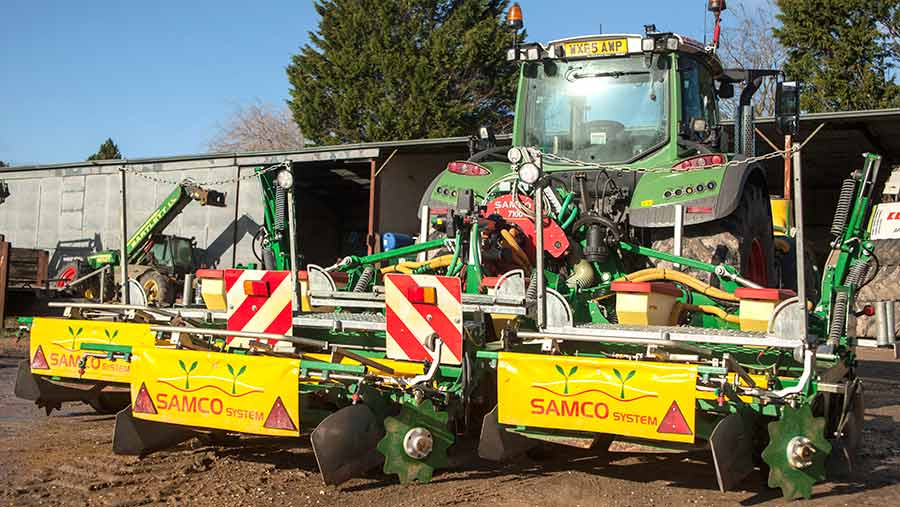 Since their father helped pioneer maize production in the West Country back in the early 1980s, Rob and Tina Bartlett of Bartlett Contractors have seen a fair few drills come and go.

From the early days of running three French-made six-row fixed beam Noudet drills on a modest acreage, the family-run business now plants just shy of 2,000ha from its Hinton-St-Mary base in Dorset.

Two high-speed eight-row trailed Vaderstad Tempos cover most of the ground, but the business added to the fleet in 2015 after an approach to take on a contract for drilling the crop under plastic.

Rob says the potential customer was looking for the same precise and consistent service provided by his two Tempos – run on RTK guidance and with the same dedicated operators year on year – but with a specialist plastic-laying drill on the back.

“He also gave us a set number of acres and said what he was prepared to pay and after doing the sums it was a no brainer,” he adds.

Subsequently, the firm bought a Samco 7100 for the job, complete with a Hardi sprayer unit and 1,100-litre front tank that applies pre-emergence herbicide under the film, for about £52,000. The price included two years’ warranty, parts and labour.

Rob says there were other manufacturers offering similar machines, but after some research they decided to go for the Irish-made Samco because of its build quality and renowned service.

“Every year they send a man over from Ireland in the spring and he is stationed in the UK for the whole of the drilling period for support. Also, any parts you might need are sent overnight.

“There is no one else in the market with the passion for the job as Samco has, as the company supplies the film too. The guys there are interested in the performance of the drill and the crop and aim to get the whole job right rather than just selling the machinery,” he adds. 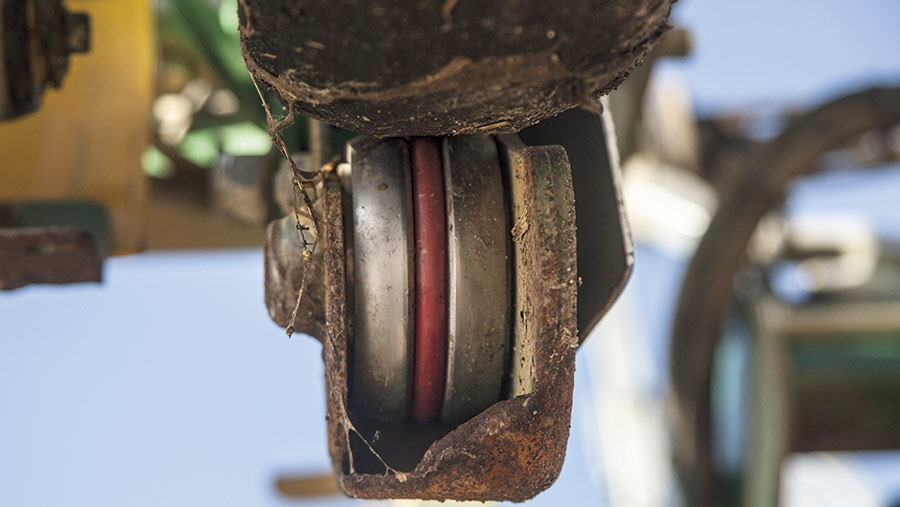 Rob says the drill has had to do all its work over its first two seasons in some of the harshest conditions he has known, with much of the 280ha having a high stone or flint content, and it has stood up to the test.

“It’s mostly marginal ground and the stones have jammed and broken parts, but it’s a drill and not a stone crusher, so you would expect to get the odd broken film roller or bent guard.”

Rob adds that along with the build quality, the drill has been designed in a practical manner and is compact for such a complex machine, which incorporates a sprayer, soil loosening tines to lift wheelings, drilling components and finally the plastic layers at the back. 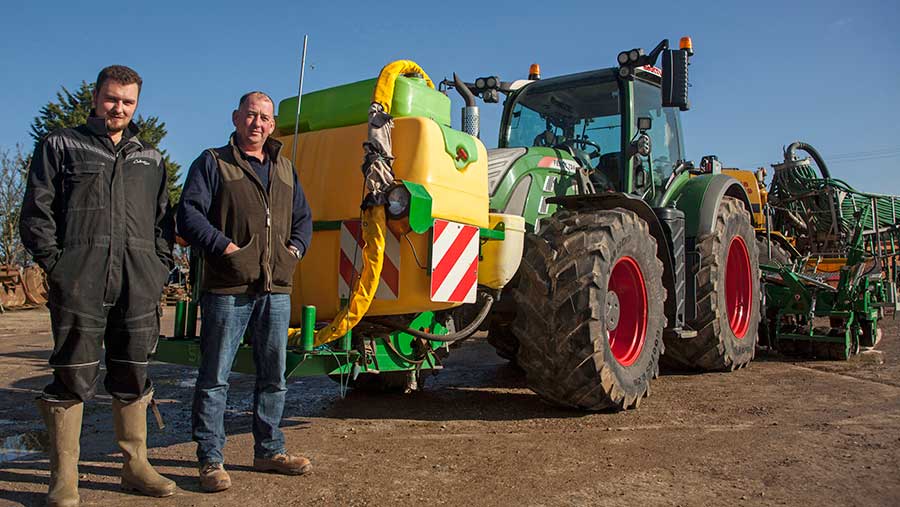 Rob and Tina’s nephew, George Bartlett, who has operated the drill from the cab of his Fendt 720 since it arrived, says the easy-to-use Hardi sprayer unit is another plus.

Looking at negatives, he says its shoe [Suffolk] coulters have a habit of hopping out the ground at higher speeds or on rough ground, so it would be advantageous to have discs – something that Samco now offers on newer models.

“We are doing about 6-7kph at the moment, but discs might allow us to push it to 8-9kph and increase work rates,” says George.

He adds that the machine covers between 12-20ha/day and could sometimes be handling up to 40 33kg rolls of plastic in a shift, so an engineering solution to ease the physical workload is on the wish list.