More than 100 farmers descended on the Revesby Estate in Lincolnshire this week to check out the latest offerings from 11 different drill manufacturers, including Horsch, Sumo and Vaderstad.

In total 13 drills lined up on one of the farm’s lighter land fields for a mass live drilling demonstration in front of a crowd of intrigued arable farmers.

The drilling demo was part of a soil health improvement day held by the Revesby Estate and agronomy company Agrii, which also looked at the farm’s crop rotation, cover cropping and blackgrass control strategy.

As it was such a rare occasion to see so many drills from such an array of manufacturers all running side-by-side, here’s a picture rundown of what you missed if you weren’t there on the day. 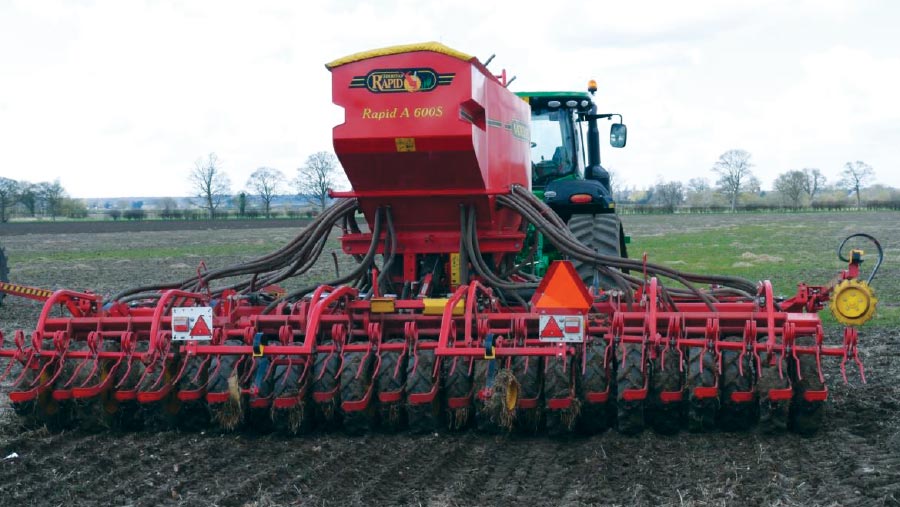 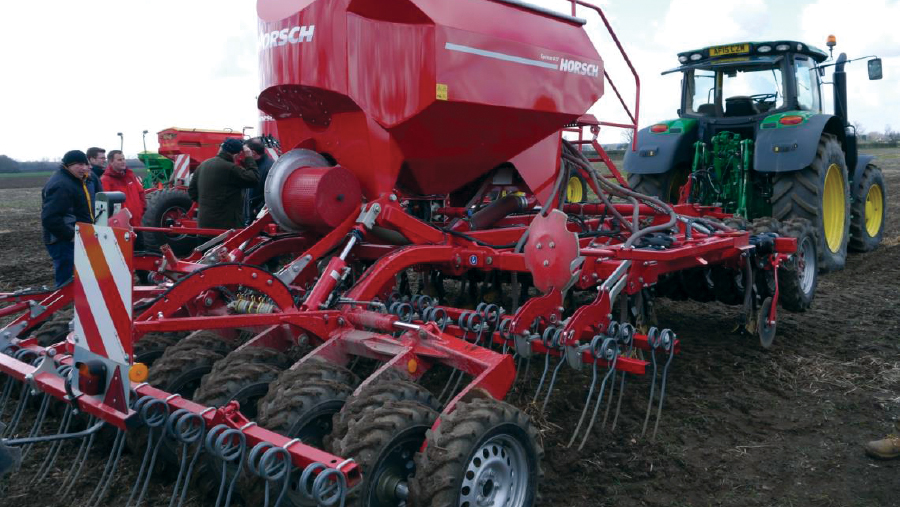 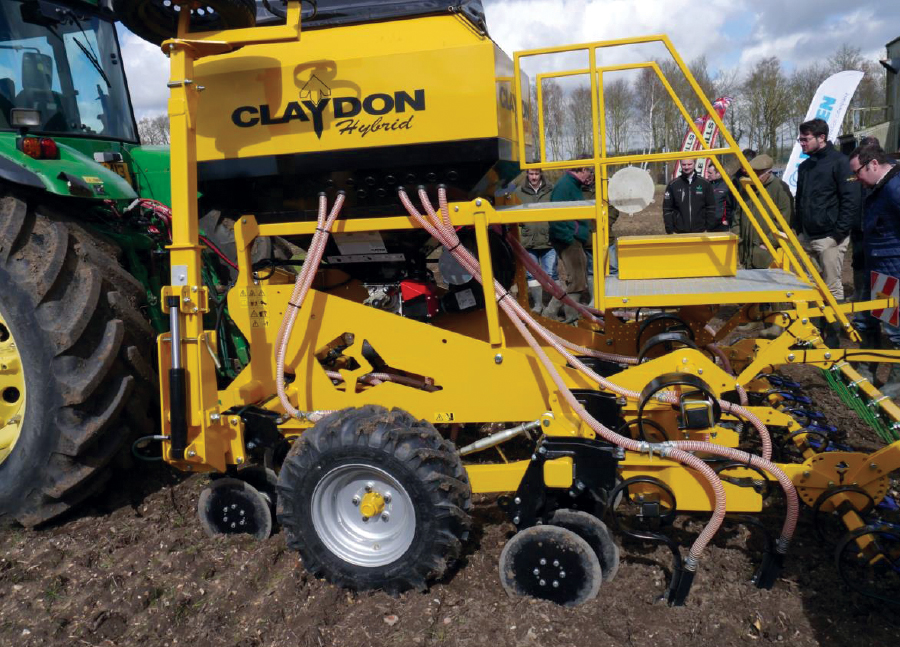 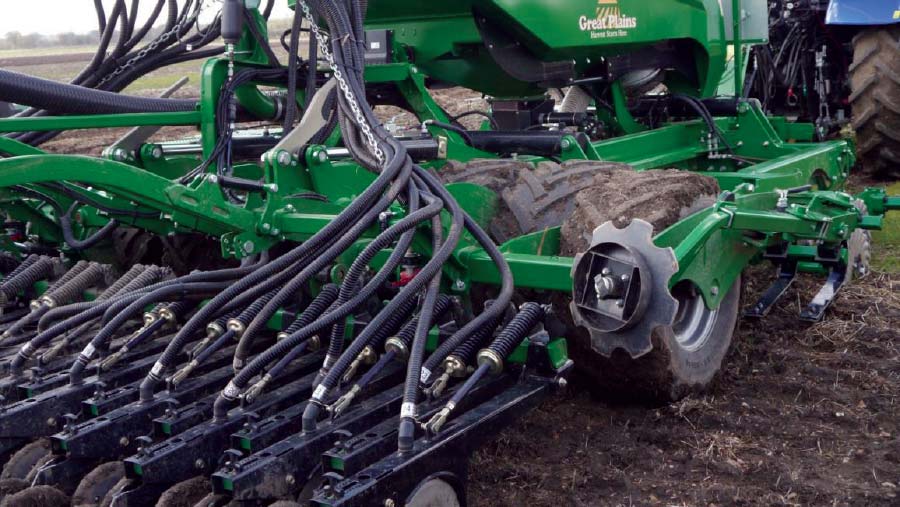 Great Plains was demonstrating its latest direct drill the Saxon CDA-400, which is the no-till sister of the proven Centurion min-till drill. 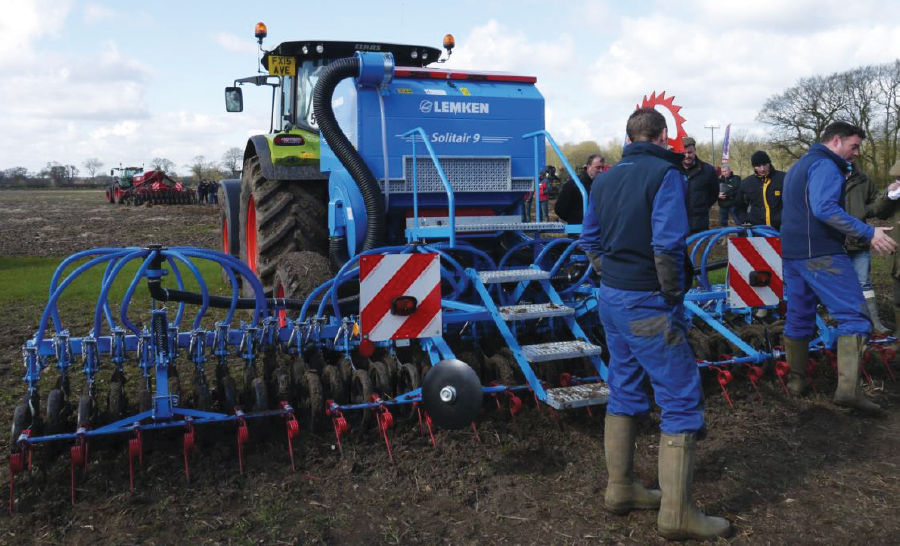 Perhaps more well-known for its ploughs, Lemken and its boys in blue were represented by the Solitair combi-drill.

A 6m version of Dale Drills’ Eco-Drill was on show. This direct drill comes with no-till tine coulters and is available in 12m guise. 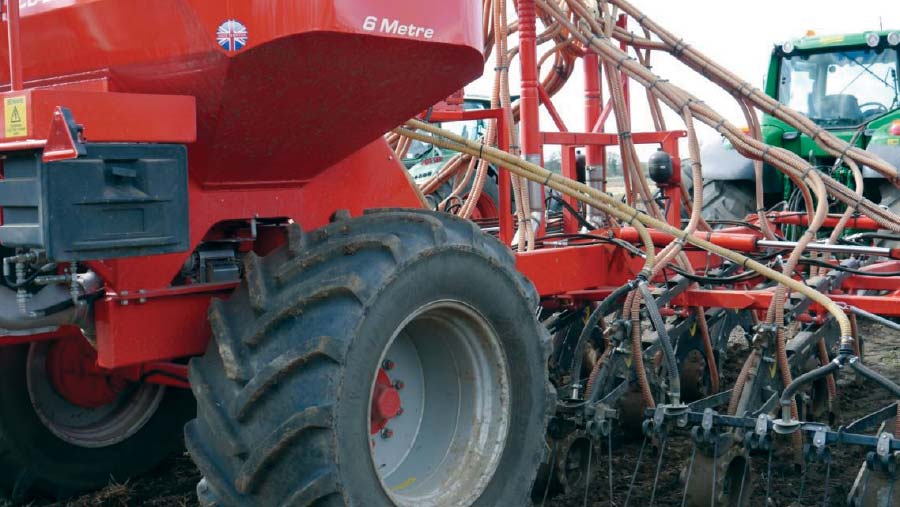 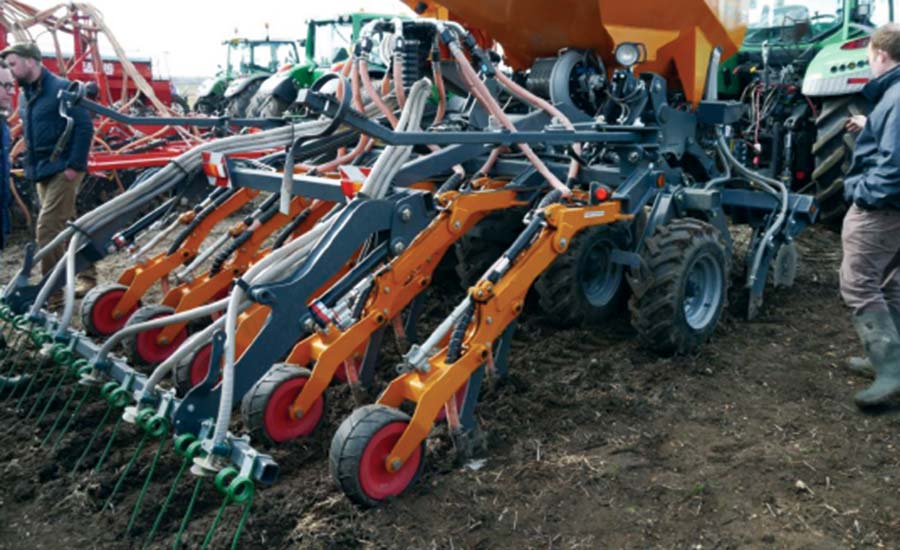 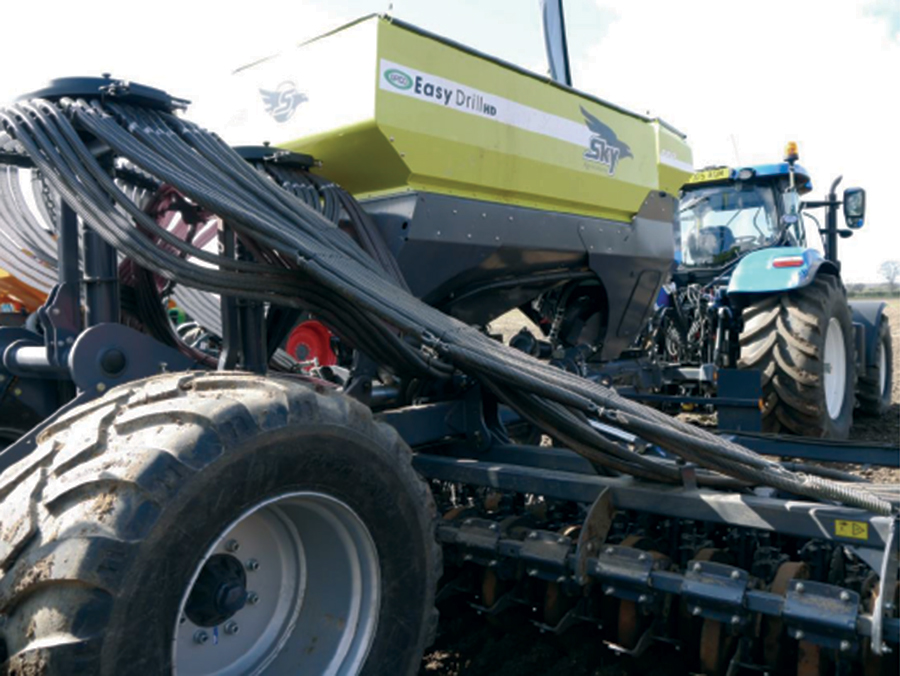 Thanks to a new deal with Lincolnshire importer Opico, growers can get their hands on this company’s min-till and direct drills.

The Sky Easy drill is designed primarily as a direct drill – but it will work on cultivated ground and uses disc openers mounted at a shallow angle to stop soil being moved between rows. It’s avaliable with a split seed-fertiliser hopper too. 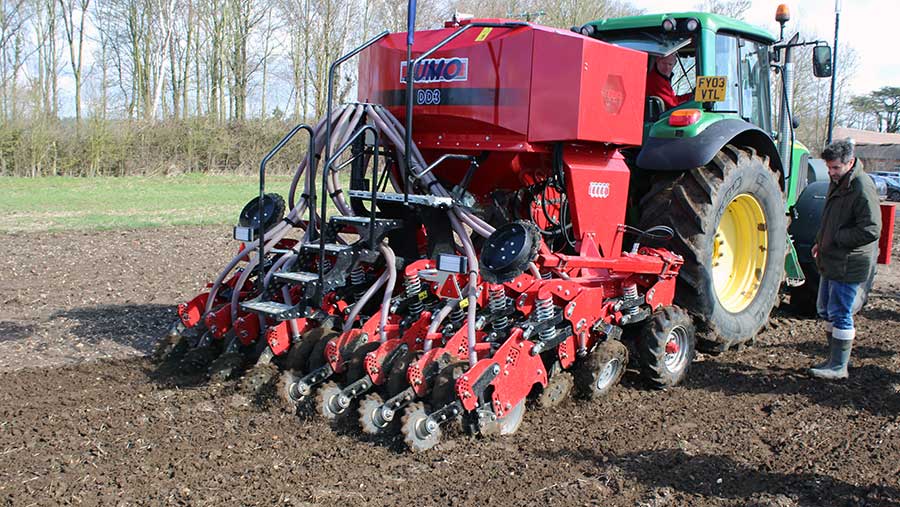 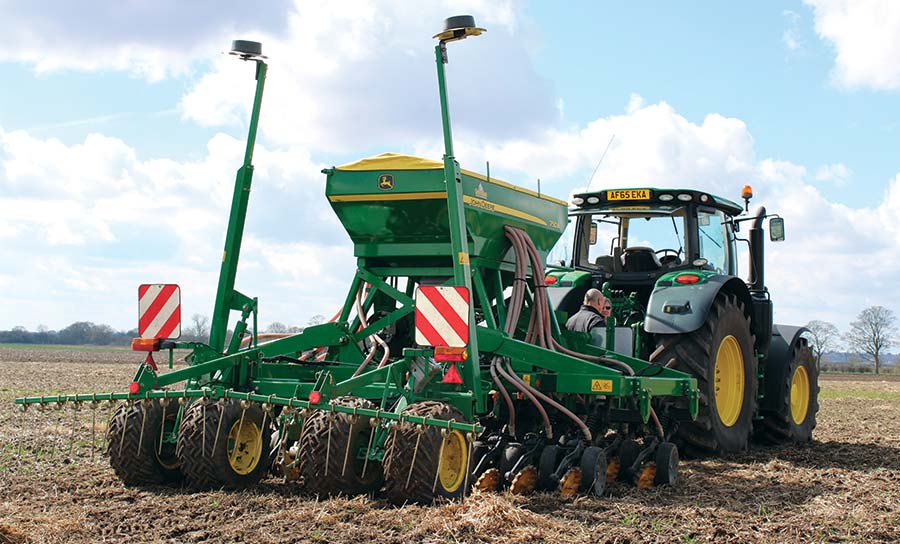 The not-so-new but popular 750A direct disc drill was also part of the demo line-up. 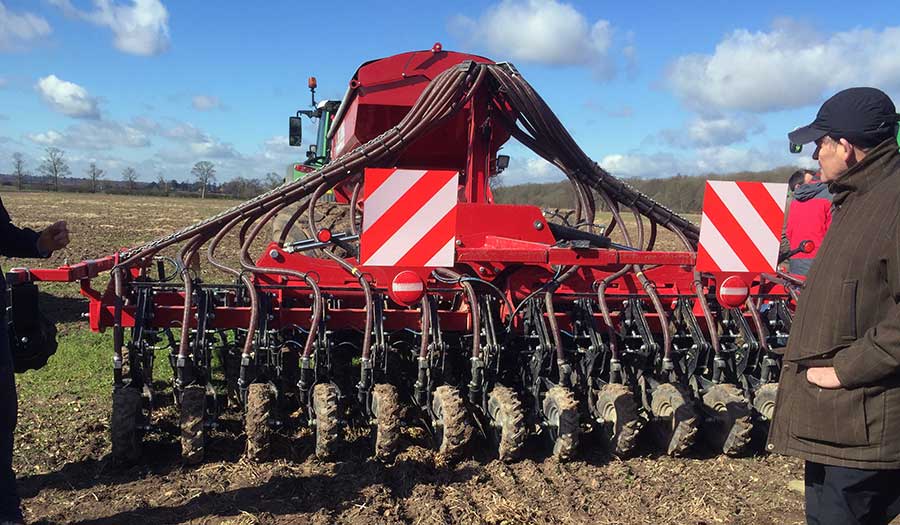 Last but not least, Weaving’s GD direct drill was on hand to demonstrate its novel double-disc arrangement, mounted at a 25deg angle from vertical.