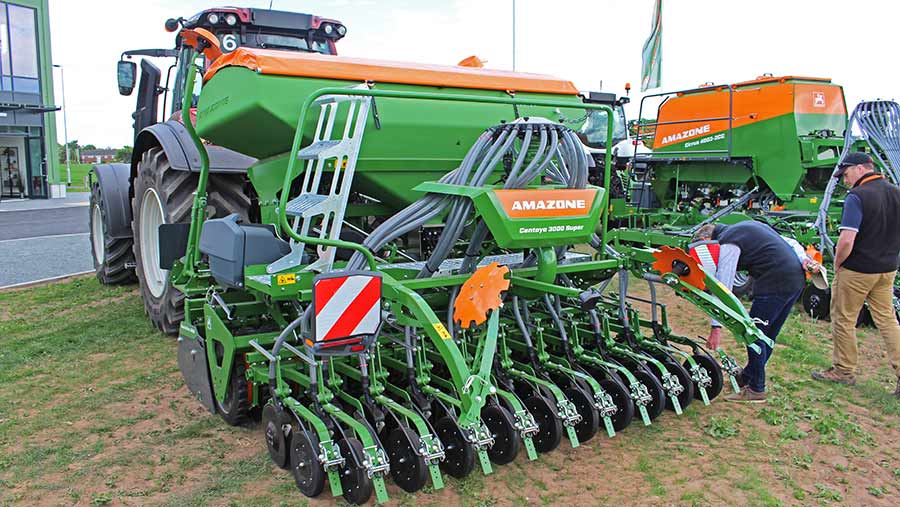 The 3m Centaya drill was launched at last year’s Cereals event and has found favour with smaller farmers, and now Amazone has added a set of Combi Discs for those who can’t afford a standalone cultivator.

The Combi Disc option comes in at around £8,000, which is almost half the price of the equivalent power harrow.

It should also allow increased working speeds and is available on the Centaya air drill (pictured) and the Cataya box drill, with a choice of steel, rubber and toothed rollers.

One of the main benefits of the Centaya is the quick-release system, allowing the drill to run with either a power-harrow or the Combi Discs bolted underneath the hopper.

The release system requires a couple of pins and relevant pipes to be removed and a set of legs lowered to uncouple the units so that they can both be run separately.