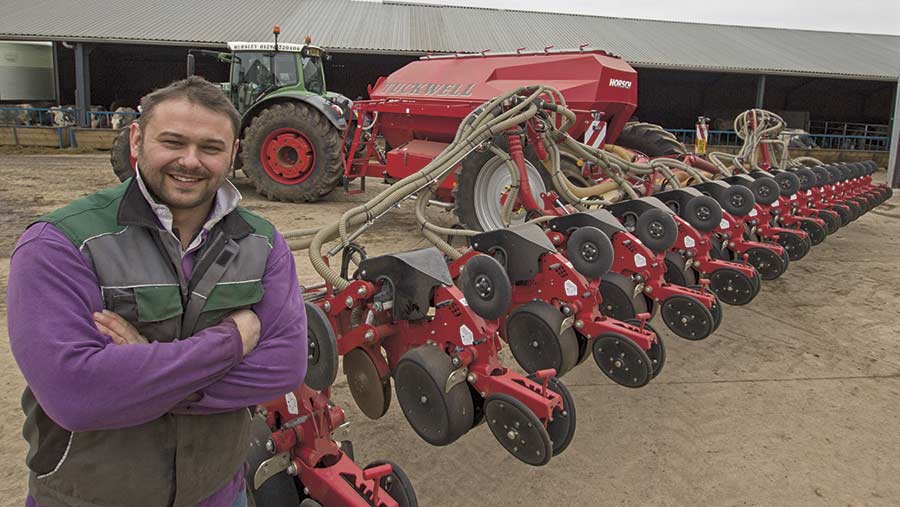 When North Bucks-based outfit Robert Tuckwell Contractors wanted to change its maize drill ahead of the 2016 season, it needed a machine to cover a lot of ground without breaking sweat.

The outgoing eight-row Kverneland was being pushed hard to cope with a vast maize area that touched 1,300ha last year and as a result, higher forward speed was compromising seed placement, according to drill man Scott Hosking.

“Fields aren’t always 100% in terms of seed-bed preparation, so you don’t want to be travelling too fast. With maize, you need to be in control of where seed goes in the ground.

“If you are too deep, it struggles to come up, but if you aren’t deep enough you don’t get the right root structure and the crop doesn’t pick up the water and nutrients it needs,” he adds.

After looking at eight-row versions of the Vaderstad Tempo and Horsch 8.75 CC, it was decided that seed placement might still be impacted by pushing it hard, so more capacity was required.

At the time Vaderstad did not offer more than eight-rows on its Tempo, and with Mr Hosking preferring a Horsch for its ease of set-up and operation, a Maestro 16.75 SW was the go-to option.

“Rather than being on eight rows doing 12-14kph, we now have a 16-row machine sat at 8kph, so we are covering all the ground without having to go flat out,” he adds.

With steadier speed comes better seed placement, with less skips and doubles on uneven ground. Tuckwell’s machine was also the first in the UK to have Horsch’s AutoForce system.

Mr Hosking says when using the old Kverneland drill he would set coulter pressure to suit the heaviest soil to ensure adequate seed depth. This can result in drilling too deep in lighter patches where soil type is variable.

“With AutoForce there are four sensors across the working width that allow the machine to automatically adjust coulter pressure according to soil type. It can be fine-tuned from the cab, too, so we don’t have to compromise on seed depth anymore,” he says. 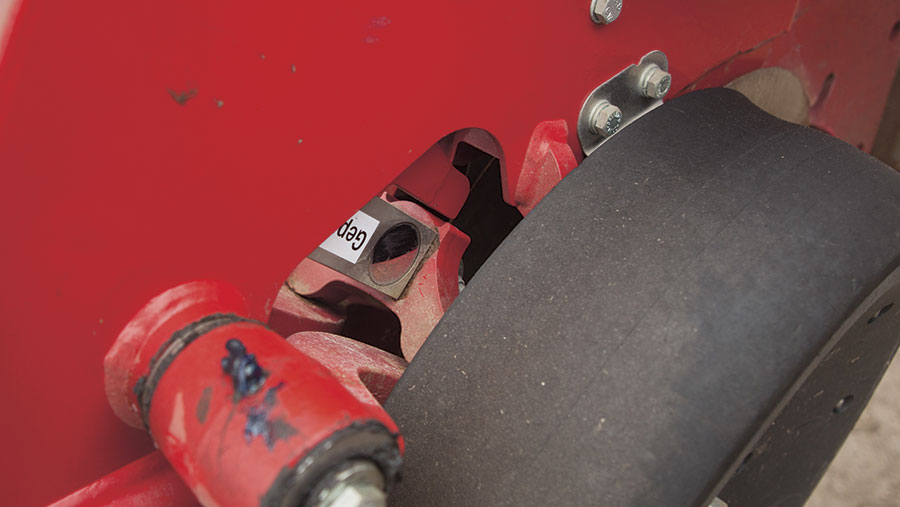 As well as smart seed placement in the row, the Topcon RTK guided rig has auto shutoff so overlaps on headlands are eliminated and seed on demand to each seed unit means no more shovelling from one end of the drill to the other when working into shorter ground.

Mr Hosking says filling is also much easier with one large seed wagon, which reduces filling time and means many of his smaller jobs can be completed without dropping off extra seed on-farm beforehand.

“A single fill-up will cover about 50ha, so it means you can concentrate on getting the right speed and depth and there is no tearing about.

“An example is one of our customers over near Bedford with 68ha [of maize]. I left the yard at 6.30am, drilled the lot at 8kph and was back by 8pm – and that included two hours’ travel time,” notes Mr Hosking.

While the Maestro has significantly eased the pressure on Mr Hosking during a busy time and received some positive feedback from customers on evenness of establishment, it doesn’t come without criticism. 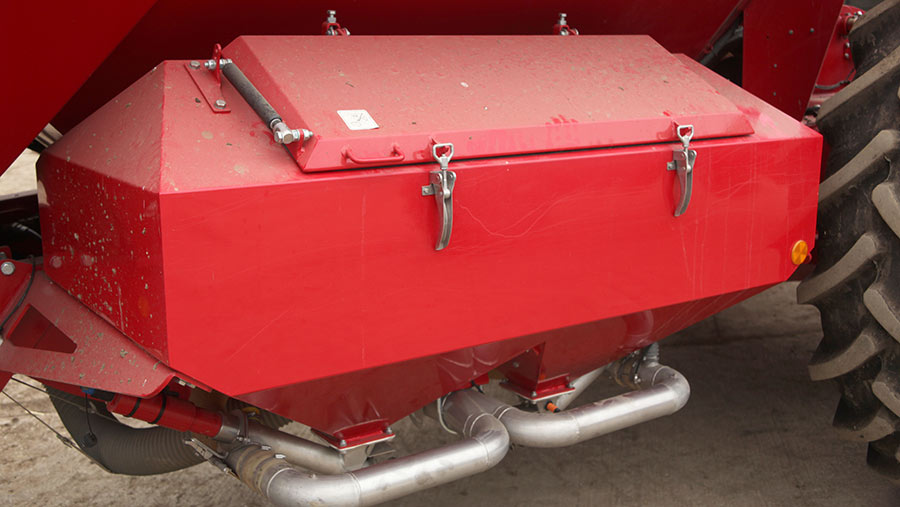 Some customers use plenty of micro granular fertiliser down the spout and they have found the applicator’s hopper far too small and have been working with Horsch to find a solution for the coming season.

“My only other gripe is the offset front fertiliser discs. They don’t lift out the ground very far, so if you are working in wetter conditions they disturb the soil too much.

“The seed discs then have to work that much harder to get themselves into the ground,” adds Mr Hosking.