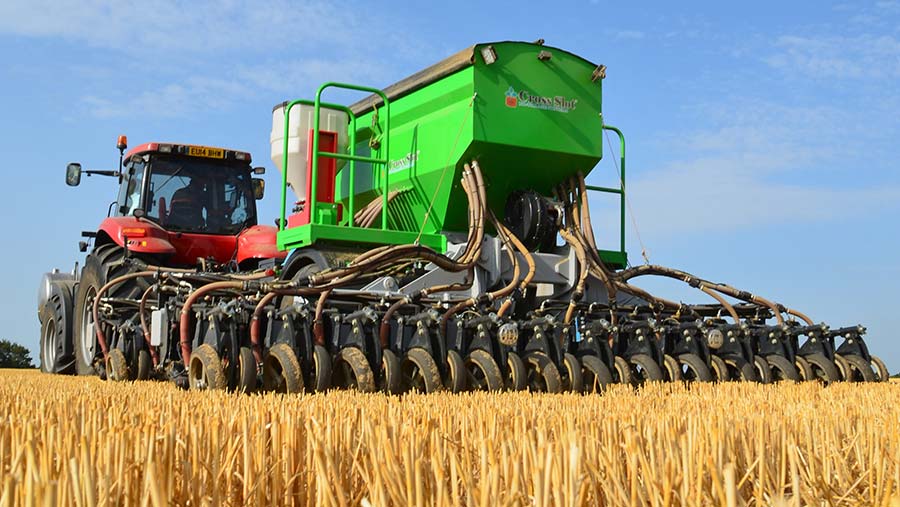 Suffolk grower David Bird gives his verdict on the performance of the Primewest Cross Slot no-till drill. Find out how it works, its good points and what could be improved.

We opted for a liquid fertiliser version with a 1,000-litre stainless steel Challis and Reed front tank and ordered a pair of Stocks Rotor-Meter hoppers feeding into the main metering unit venturis to apply small seeds and slug pellets.

We wanted everything to be capable of variable rate so we specified the TopCon X30 control screen, which provides blockage sensors and will deal with up to four different metering units. This year we’re planning to add a third Stocks applicator for Avadex and companion crops. 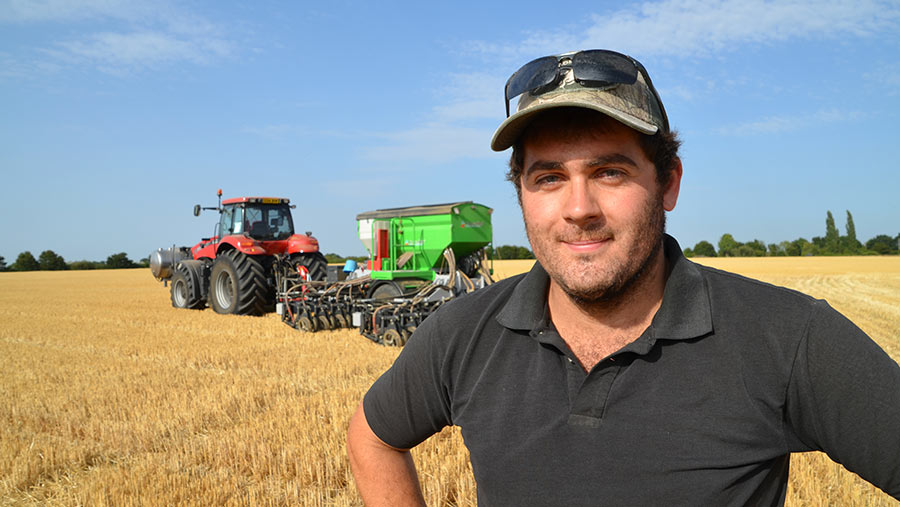 We also went for the Sumo coupling frame with 80mm ball-hitch that lets us turn that much tighter because the swivel point is put right out behind the tractor wheels.

For years we’d been running a conventional non-inversion min-till system using Vaderstad TopDown and Carrier cultivators and a Rapid drill. It was a pretty dependable approach but we wanted to try and move away from chemical reliance and start looking more closely at improving our soil health.

One thing that has become really apparent is how important earthworms are as soil improvers and indicators of health, so if we’ve got good populations then generally it means we’ll get reasonable yields.

Part of the process of moving towards lower chemical usage has included looking at cover and companion crops as a means of retaining nutrients and out-competing weeds, so we needed a drill that was capable of working reliably right through the year in all conditions.

The inverted T-shape slot formed by the Cross Slot disc and knife opener will nearly always get crops off to a decent start.

Because the seed is placed on a shelf above a shallow trench where the fertiliser goes, it doesn’t get any scorch and when it’s dry it has plenty of humid air around it in the slot. In the wet it doesn’t tend to get water-logged, either.

The sheer weight of the drill – about 9.5t – means it will penetrate our Suffolk clays when drilling cover crops in mid-summer. However, we also went for Cross Slot’s optional auto-downforce system to ensure even seed placement

A load cell on the rear row of coulters monitors downforce on the depth/closing wheels and alters the hydraulic pressure in the coulter carriage rams accordingly, so the discs cut into the ground at a consistent depth.

We’re always confident that the Cross Slot will put the seed in at the right depth and covered over with clean, trash-free soil.

The only other way to establish crops as reliably would be with a plough and power-harrow drill but that goes against everything we’re striving to achieve.

Our crop establishment costs are now somewhere around £65/ha, excluding rolling, whereas the previous system came in closer to £150/ha. That makes it significantly cheaper, despite the huge capital cost of the drill.

As for fuel, we’re generally burning something around 13.5-litres/ha, which is about a quarter of what we were using.

That figure would be even smaller if we were using a lower-draft drill like a John Deere 750A and it would have been cheaper to buy, too. But we’ve ended up with the Rolls-Royce of machines which can reliably establish crops in the broadest range of conditions, in my opinion. 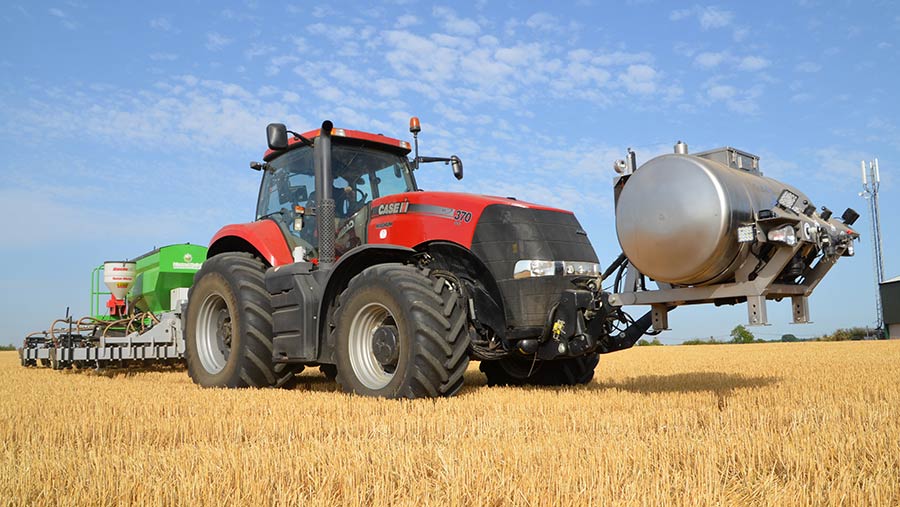 The big downside of the Cross Slot is the amount of horsepower and the weight of the tractor needed to pull it.

The knock-on impact is the amount of diesel we burn, but it’s still just a fraction of what we were using previously.

Due to the 450mm of vertical travel in the openers the seed pipes have to have a lot of movement in them.

This, coupled with retrofitted blockage sensors, means that some of the pipes have a tendency to sag and block.

The seed pipe routing could do with a bit of revision. At certain points where the drill folds the pipes get crimped and they don’t all run downhill so there is a tendency for certain pipes to block.

That’s not helped that in places the blockage sensors get knocked when you fold the drill up.

In an ideal world I would have load cells on every coulter and individual downforce adjustment but with 25 openers that would probably be prohibitively expensive.