Development of a grain and fertiliser version of the Horsch Express KR power harrow mounted drill means that all the manufacturer’s seeders sold in the UK are available in both seed-only and combi formats.

Hopper capacity is increased to 2,000 litres in this case, providing sufficient space for a tonne each of seed and fertiliser. It is mounted on the harrow frame in a way that avoids affecting consistency of sowing depth. 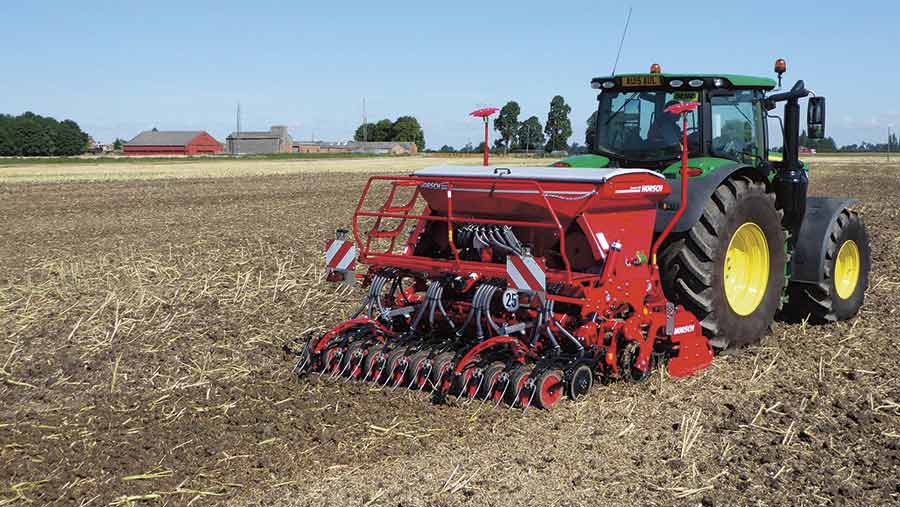 Horsch TurboDisc 2 seed coulters are used, with four rubber dampers per coulter transferring up to 120kg to each disc.

They can be lifted out of work when the power harrow alone is needed – for additional cultivation on headlands, for example – and releasing four couplings allows the drill to be removed altogether.