The Aerosem can be used to drill cereals and maize, offering a flexible and economic alternative to a single-use precision drill for smaller scale maize growers and contractors.

The spacing between each set of double rows is 75cm, allowing easy harvesting using a standard maize forager header. 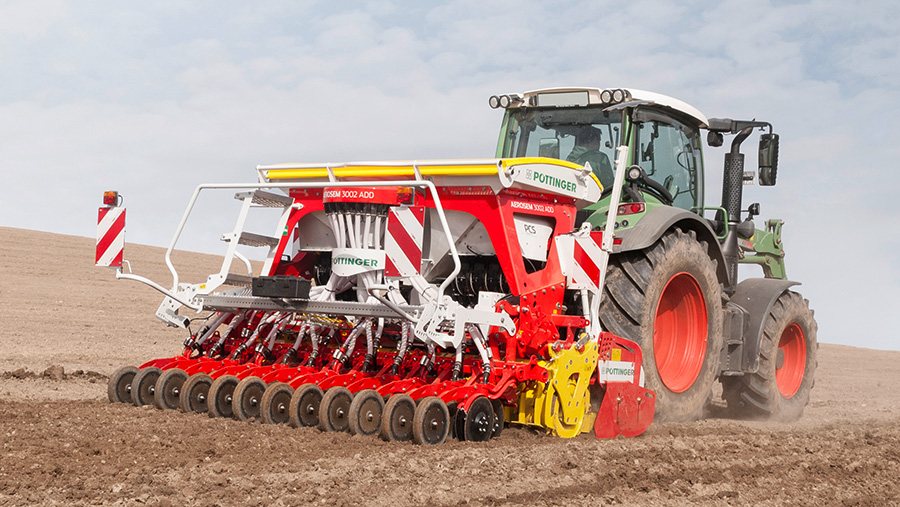 In 2015, the Vienna-based University for Soil Sciences tested the system and saw yield increases of 11% in forage maize and 8% in grain maize.

A year later in 2016, larger-scale tests were carried out in Hungary, Austria, Germany and France, where again significant yield increases were demonstrated at all sites.

The driver behind these crop benefits is a better planting density, says Pottinger, allowing plants access to optimum sunlight, water and nutrients.

There is 30% more space between seeds and 70% more space available for each plant, so roots can spread out in the soil more easily and individual maize plants subsequently display less competitive growth behaviour.

Thanks to wider spacing, maturity is optimised and compared with single rows, there is also less erosion risk thanks to improved plant distribution density.

In addition to crop benefits, Duplex seeding delivers a 25% increase in drill performance thanks to a higher forward speeds of up to 10kph, pushing output up to almost 2ha/hour when planting four double rows with a 3m machine.