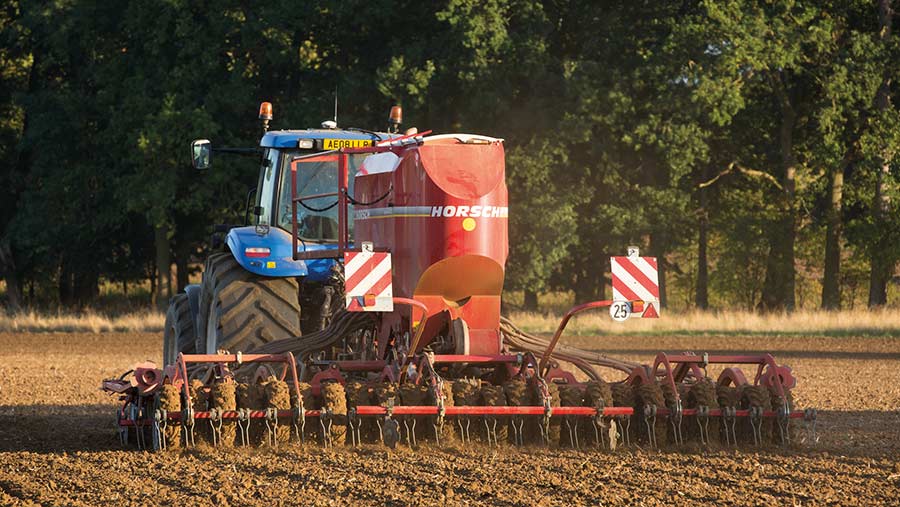 An increasing number of farmers are swapping their manufacturer-supplied drill openers for retrofit replacements in a bid to reduce soil disturbance and improve seed establishment.

Switching to aftermarket openers isn’t an entirely new concept but, with establishment costs and associated weed management both top of the arable farming conversation, more growers are finding it easy to justify the extra financial outlay on wearing metal suited to their particular soil type and cultivation regime.

Most are opting for slimline legs – typically costing about £100 each – that reduce soil movement and subsequent weed seed germination. These are also easier to pull, often cutting the farm’s horsepower requirement and the knock-on cost of fuel.

Added to that, buyers planning to bolt the openers to a brand-new drill are now able to order their machine bare. Given Horsch charges about £140/leg for its Duett opener, going down the aftermarket route could actually offer a cost saving compared with sticking with a manufacturer’s standard setup.

There are three main players in the market – Dutch Openers and Bourgault from Canada, and British firm JJ Metcalfe. All of their openers can be used directly into stubbles and cover crops, which will help ease the cost of switching to a reduced or zero-tillage system.

The Dutch range includes several options suited to UK conditions and soil types, but the company has found highest demand for units to replace Duett coulters on Horsch CO and Sprinter drills.

Early interest came from farmers looking to reduce weed germination and lower establishment costs by upgrading the soil working components on old drills. However, buyers of new Horsch planters are increasingly opting to purchase just the drill body and hopper, leaving Pan Anglia to supply a set of Dutch legs and openers. 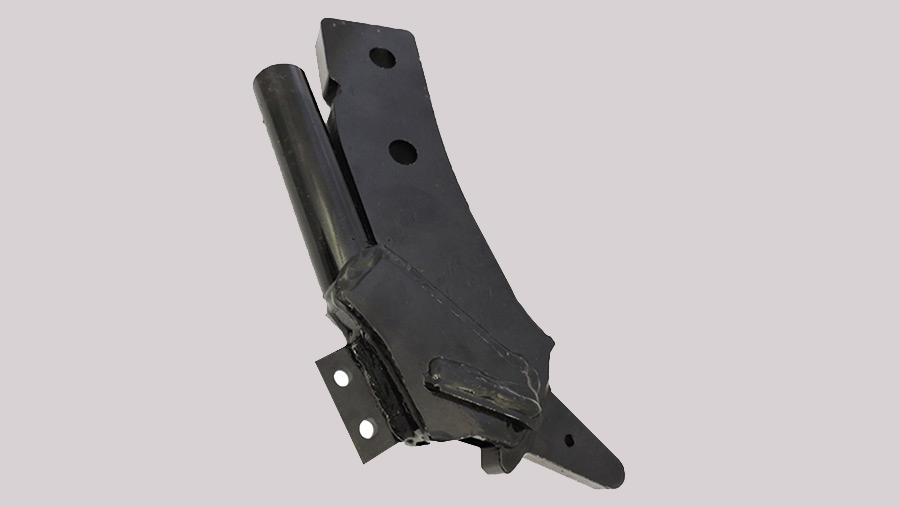 The legs bolt to existing holes on Horsch drills, albeit with a 12mm reduction bush for those with the bigger 16mm mounting points. The modular design means that once the leg is in place, various points and fertiliser tube arrangements can be added, depending on the amount of soil movement required.

The most common point sizes in the UK include a twin-row 127mm (5in) setup for cereals and oilseed rape, and 25mm (1in) for establishing legumes such as beans and peas.

A happy medium between the two is a 50mm (2in) or 76mm (3in) point, which Jason Smith, southern regional manager at Pan Anglia, says is becoming a popular choice.

“Soil type really dictates which points are most suitable. Buying two sets for different crops gives maximum flexibility, but some growers are opting for one mid-sized unit – particularly because it can be difficult to fully close the slot behind a 5in boot in stiff clay soils.”

The points are held in place by heavy-duty spiral roll pins and all have a tungsten tile on the leading edge. 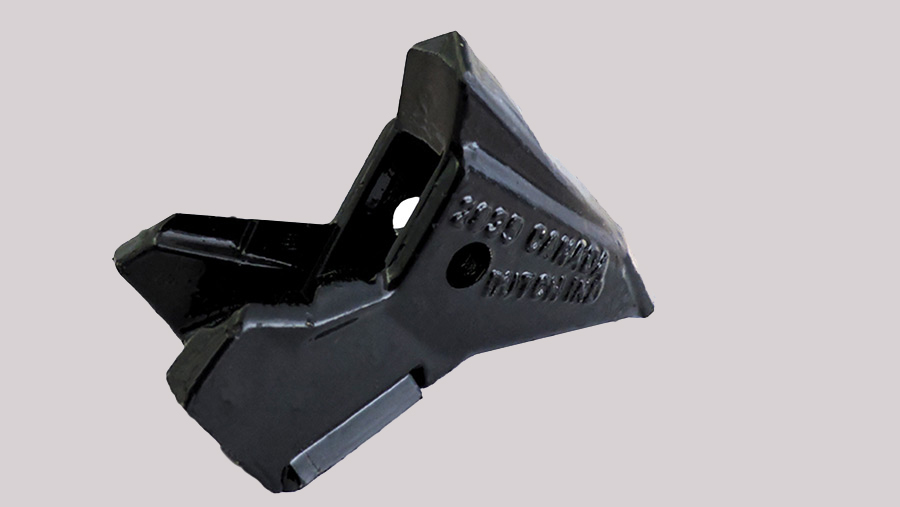 “Those running split drill hoppers can use the twin rows to lay fertiliser through one and a crop with the other,” says Mr Smith.

As well as single- and twin-row options, the company also offers a spreader plate system, which is available in 50mm (2in), 76mm (3in) and 127mm (5in) widths. This is fitted at the base of the delivery tube to disperse seed across the point’s full width to create a wider crop band.

Mr Smith says the low drag associated with the narrowest points means some customers have managed to increase their drill widths without upgrading the tractor.

Prices for the conversion kit typically start at £100, including the leg, bushes and an opener. Horsch has also decided to start offering customers the option of fitting Dutch Openers as standard from the factory for the same price as its Duetts.

In the past few years, the company has seen a steady rise in orders for conversions as farmers take a greater interest in reduced soil disturbance and the associated benefits, with lower cost of production.

It offers four seed delivery arrangements, from a single seed-only chute to various twin-row combinations that can place starter fertiliser below the seed in a channel created by the tillage nose at the front of the opener. 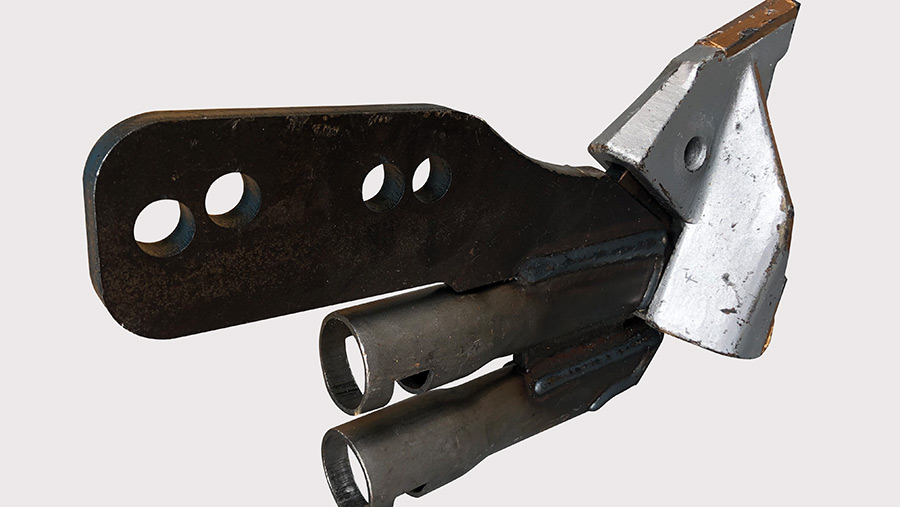 Bourgault leg and 4in opener set-up

The earliest iteration has a 100mm twin row for laying seed and fertiliser. These sit at 300mm spacings to reduce weed competition by encouraging a canopy to form across the open rows, covering the bare soil and giving the plants access to more sunlight.

Shallow-angled wings minimise disturbance when drilling cereals, oilseed rape and beans, and fancier versions lay a pair of seed rows side by side, with fertiliser placed in the middle.

The firm also offers a tillage nose option, which breaks a channel in the soil forward of the wings, says Stuart Aldworth, Bourgault specialist for Martin Lishmann.

“This creates a 19mm-deep trench for the fertiliser to sit below the seed, reducing the likelihood of scorch.

“Tungsten is attached to the underside of the wings, rather than on the leading edge, so that it sharpens the point over time. There is a second small tungsten plate at the rear to firm the terrace before the seed is dropped in.” 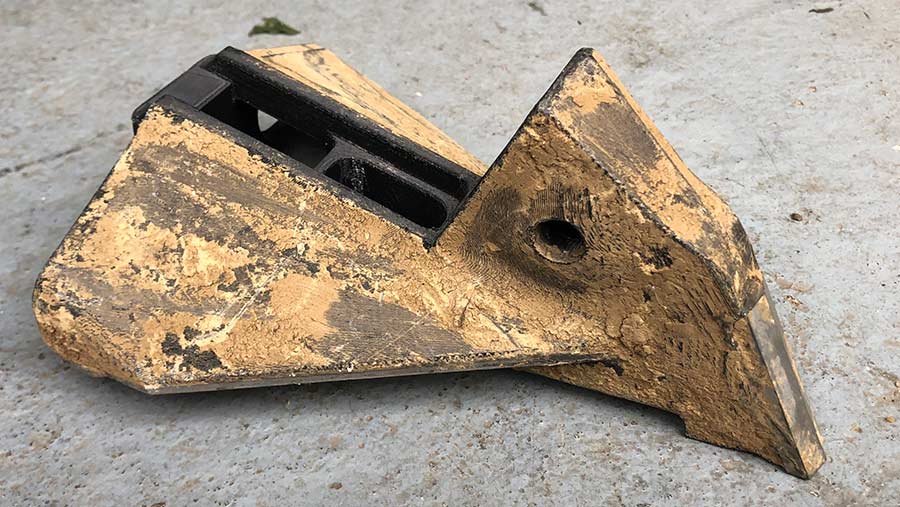 There are also several single-row seed-only versions from 19mm to 100mm. Interest in these is growing, says Mr Aldworth, because they reduce disturbance, help to conserve moisture and last a bit longer. The 100mm option is being used by some farmers to drill all crop types, rather than buying two sets of openers.

Like the Dutch Openers, Bourgault’s legs use the same mounting holes as the original Horsch units.

However, unlike its competitors, Bourgault use a stainless-steel grub screw and square nut hidden in a recess to attach the points to the legs, minimising the risk of the metal wearing down and the ensuing challenge of replacing worn out parts.

The coulter assemblies start at £95/leg, which includes the leg and opener for a seed-only set up. There is also an option for growers to spec a 2.5deg angled leg rather than the standard straight one.

For growers keen on a bit more soil movement and narrower row spacings, the firm has also just released a wider 150mm (6in) opener designed for the UK and European markets.

The seed tube sits above the ground, tucked close behind the coulter, so the point is the only part of metal in contact with the ground. That means it’s possible to keep the trench just 12mm wide, and it has extra tungsten tiles on its flank to hold the gully open long enough for the seed to be dropped in.

It can be used as a replacement for the standard fitments on Horsch COs and Sprinters, as well as the Kockerling Ultima, Amazone Cayena and Condor and, most recently, the Spanish-made Virkar. 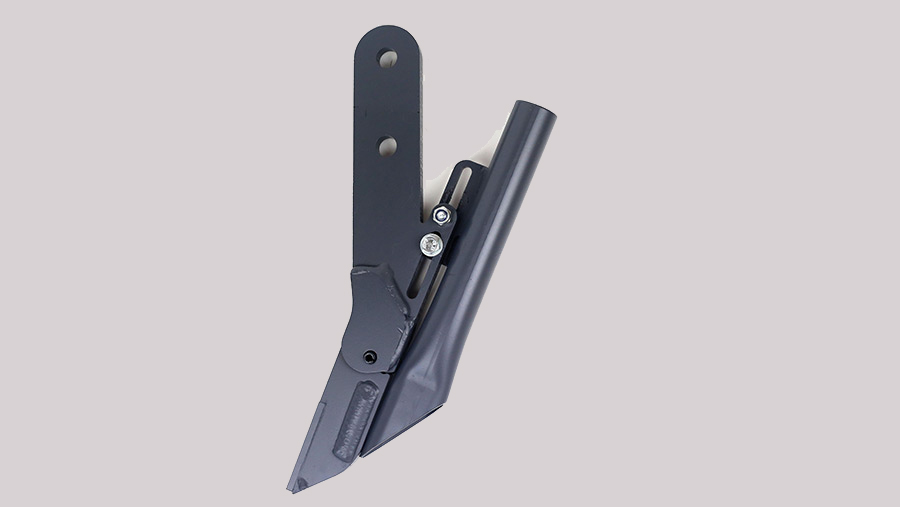 Other drills can be adapted to carry the legs, but the limiting factor tends to be the strength of the spring, which may only be designed for working in softer, tilled land.

Wider spacings can also be offered to help taller cover crops flow through the drills without bunching or blocking.

“We’d still recommend the narrow 12mm coulter for those with bad blackgrass problems. When compared with a standard Horsch Duett coulter at 275mm wide, it’s obvious how much less soil our tine disturbs,” says Mike Metcalfe.

“We recently introduced a 100mm spreader coulter that moves more soil than the narrow 12mm tip, but also means we can offer wider drilling rows than aren’t possible with a single outlet.” 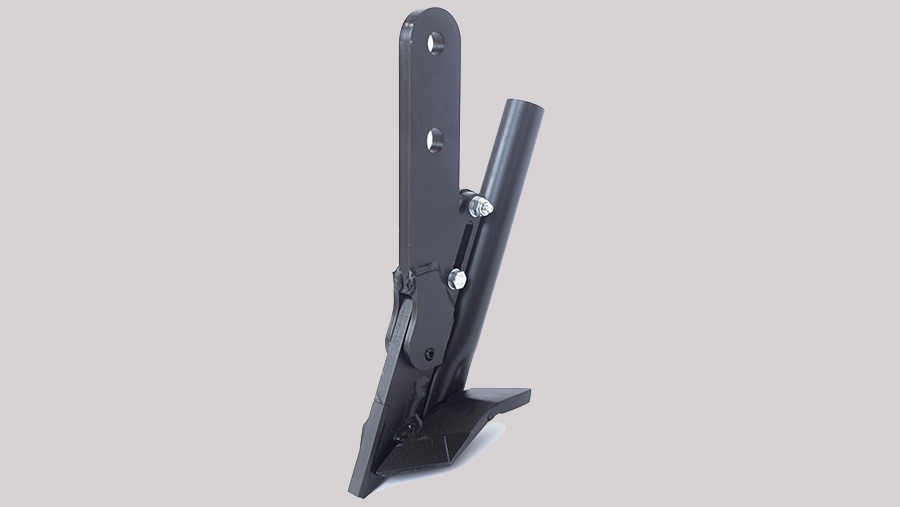 The winged spreader coulter allows drill users to work with 250mm crop spacings and the wing design has long outside edges that allow the seed to drop behind the point before the soil falls back into place.

Mr Metcalfe says standard V-shaped coulters have a tendency to leave a gap around the seed as forward speed increases, but reckons his design prevents any hollows from forming.

There is also the option of liquid and granular fertiliser application with either coulter.

All of the retrofit coulters bolt on in place of the existing units, and JJ Metcalfe builds points for the likes of Dale, Mzuri and Simtech, too.