On lighter land, sowing straight into a seed-bed created on-the-go from the remnants of the previous year’s crop is certainly an option.

But more often than not, these machines complete seed-bed preparation begun by implements ranging from a stubble harrow at one extreme to a plough at the other.

Smooth, serrated, notched, scalloped, fluted or wavy-edge discs are the most common cultivation element, but tine modules or a power-harrow options are also available to slot beneath the seed-only or seed/fertiliser hoppers.

This year’s guide updates include a 48-row, 125mm spacing option for the 6m Amazone Cirrus; a seed and fertiliser version of the 8m Bednar Omega OO drill; and a new 9m Omega capable of carrying plain seed or two products at once.

These are joined by Bednar’s new 12m Efecta CE drill, which is available with a more limited array of soil cultivating tools – namely, a single row of clod-crushing, soil-levelling paddle tines, or a single row of fluted or less aggressive wavy-edge discs. 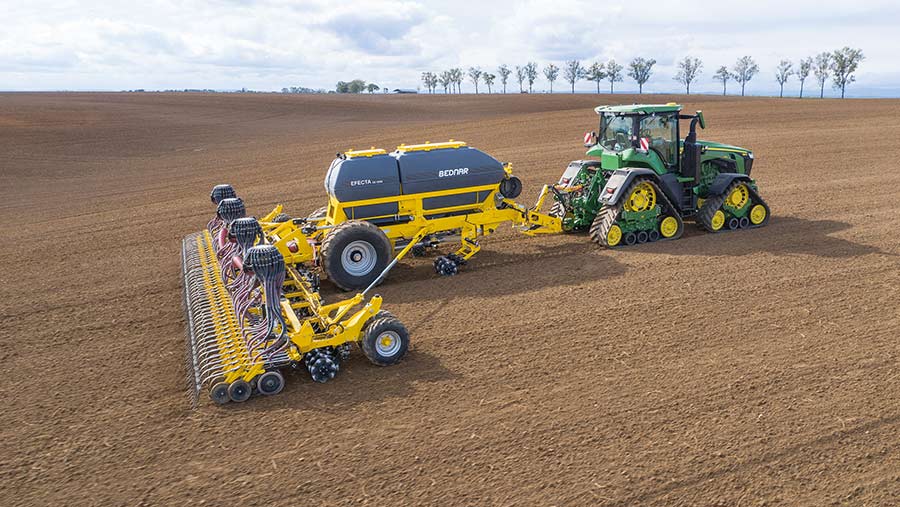 There are no front tool options nor a mid-mounted packer to prepare the way for the double-disc openers and single- or twin-line seed outlets.

Kuhn’s Espro has received some updates, including a full-width array of front packer wheels that can be used in combination with wheel track eradicator tines when previously these were either/or options. 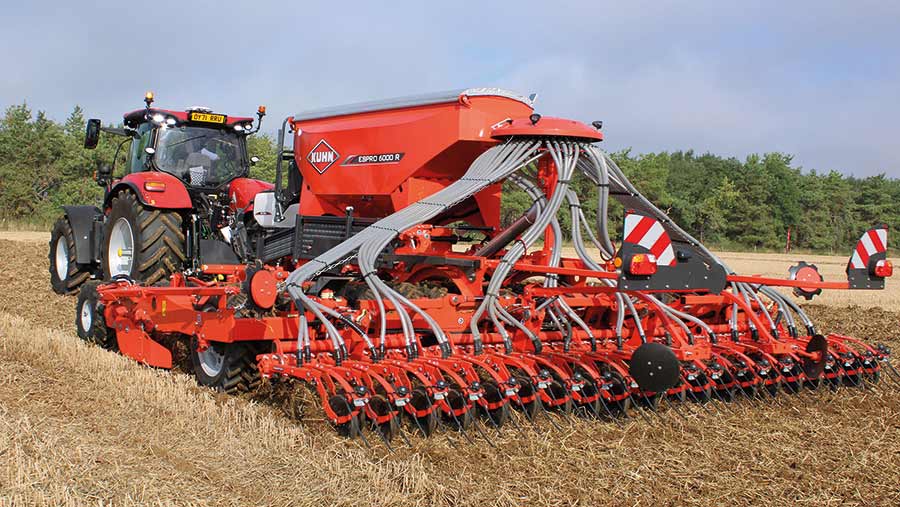 There is also a new 110-litre supplementary seed hopper option for specialist fertilisers or cover crop seed that can also be used with the wider row-spacing Kuhn Aurock.

There are also changes to Pottinger’s Terrasem that prompt new 1,000 model designations – for the 3m mounted to 6m trailed versions so far – which include changing to left- and right-angled cultivating discs and coulters to help keep the machine running true. 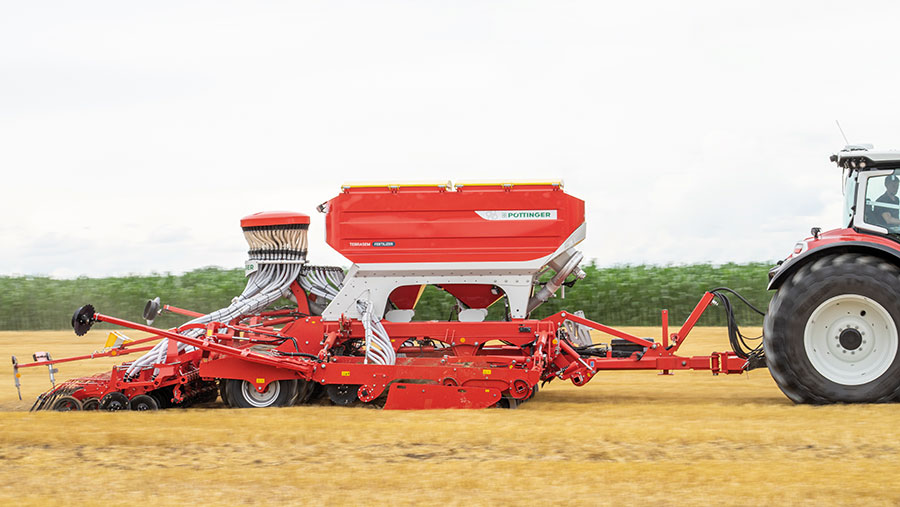 The Terrasem D Z models come with a pressurised hopper and fixed 60:40 compartment ratio for seed and fertiliser, and Pottinger’s 500-litre Tegosem supplementary hopper can be added to deliver micro-granules or companion crop seed to the surface, the seed tubes or the mid-mounted fertiliser coulters.

There is also the new Terrasem VT that combines a power-harrow with the drill rather than discs; there is a single 5m model with 125mm row spacing and a 2,800-litre seed and fertiliser hopper.

Vaderstad’s Spirit drill, meanwhile, is now available with two fertiliser placement options in addition to the Fix technique that lays a 50mm band from tubes on the cultivating discs. 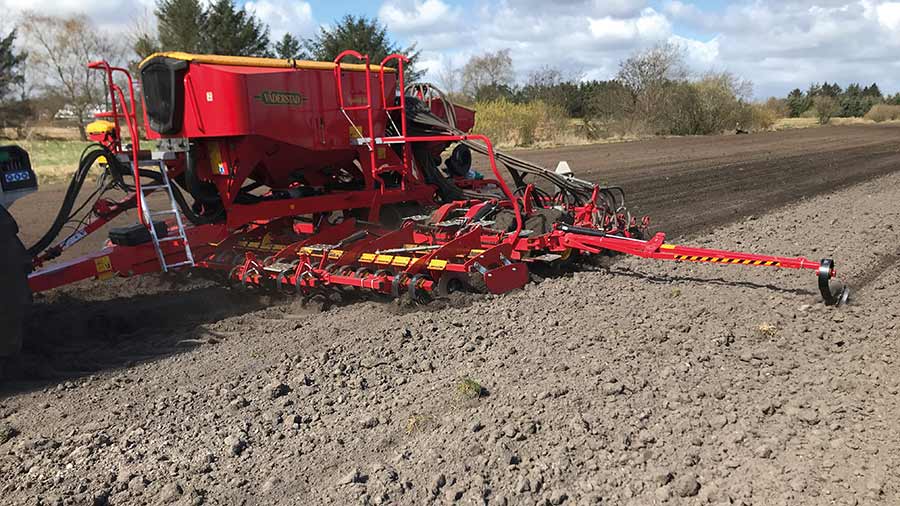 The Nordic system places a single line of fertiliser below and between the seed rows from coulters mounted on the cultivating discs, while the InLine setup is designed for a starter rate applied with seed at the seed coulters.