Direct drill specialist Claydon has launched an inter-row surface cultivator for crops established with its strip-till drills, in a move it claims will aid the battle to maintain herbicide efficacy.

The new Inter-Row Hoe is designed for use in any combinable crop band-sown using a Claydon Hybrid drill.

A single row of rearward-angled spring tines – final point design is still under evaluation – work at just 20mm deep to uproot weeds and leave them to die on the soil surface. Guide wheels are fitted up front. 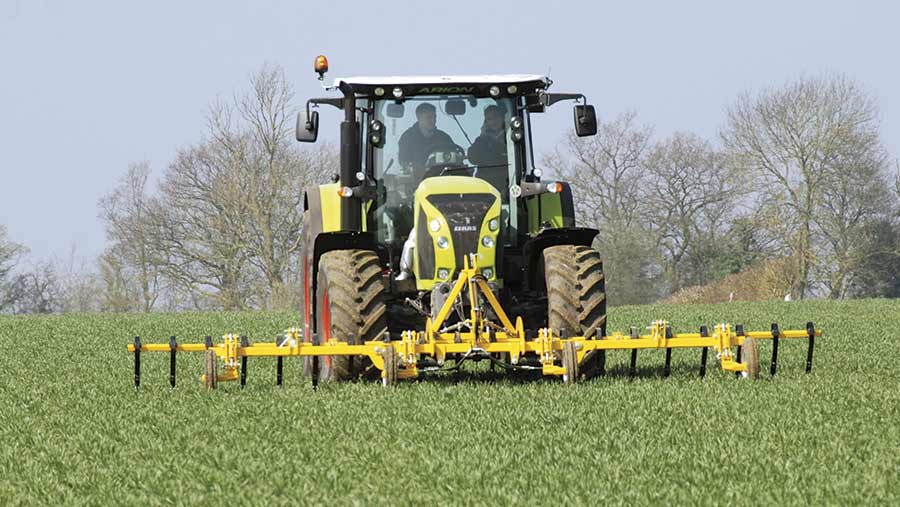 Claydon’s new Inter-Row Hoe features rearward-angled tines, although their final design is being kept under wraps until later this year © Martin Rickatson

“The Inter-Row hoe can be used during the crop’s early growth to clear up weeds missed by herbicides, or in areas where they cannot be used.

“Hoeing the first autumn flush of weeds can cut the population that later requires spraying.” 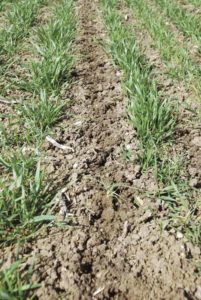 Working at up to 20mm deep, the tines disturb shallow-rooted weeds and leave them on the surface to die © Martin Rickatson

“Manual steering is perfectly accurate at this speed.

We’re conducting final trials with a 6m Inter-Row Hoe this season, before later this year putting into production a range of models to match our range of drill widths.”

Details of the new implement were revealed last week, at the unveiling of the latest developments at the Claydon factory site, where a £500,000 investment has seen new office and training facilities built to operate alongside the firm’s recently revised manufacturing footprint.

Spread over two floors, the new facilities can accommodate up to 27 full and part-time support staff, and include meeting rooms, a dealer training facility, a presentation studio and catering facilities.

A £100,000 investment in solar technologies provides 100kW/h of electrical energy.