Garford has launched the latest version of its super-accurate camera-based Robocrop guidance system.

Now in its fourth generation, the kit comes with a compact touchscreen to speed up the process of accessing different menus, and it uses symbols rather than text helping to tidy up the menu.

The company also decided to upgrade to Gigabit Ethernet imaging cameras, which it says will deliver more data at a faster rate, as well as being better able to work in low light. 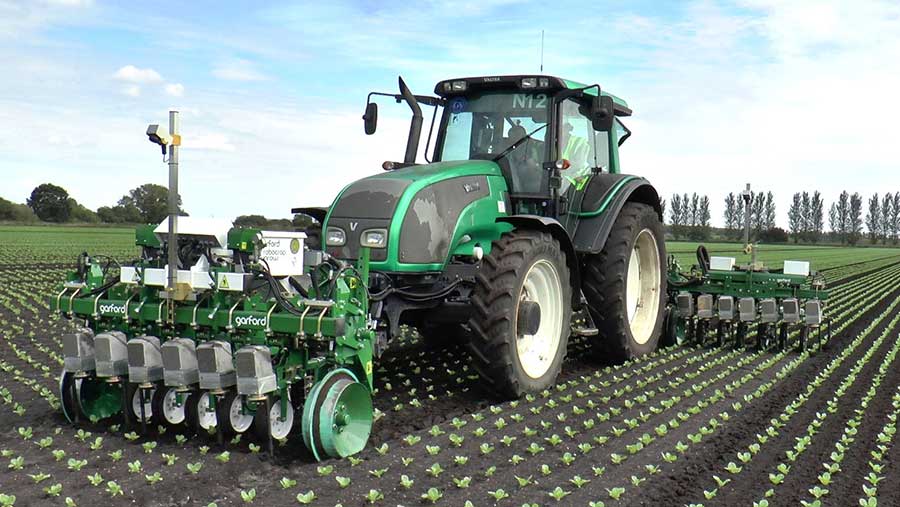 The new system can work with up to six cameras

It means the system can work with up to six cameras fitted to six precision-guided sections per machine.

In doing so, it allows larger models such as Garford’s trailed Robocrop Eliminator to use the same pinpoint-accurate system over its full width, even in uneven fields.

The upgrade has improved output too, with the company claiming work rates of 20ha/hour are realistic.