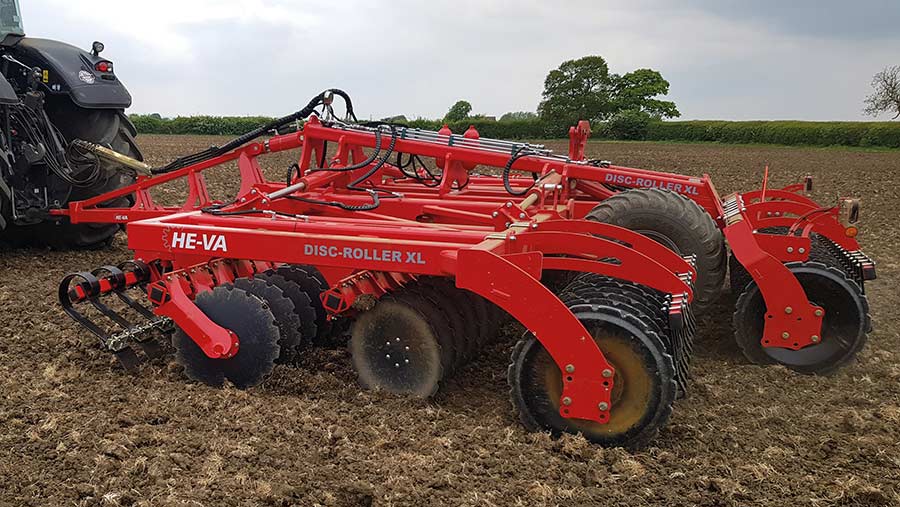 He-Va has developed a heavier-duty version of its Disc Roller Contour, which is armed with larger discs than the standard model for high-speed cultivation and green cover destruction.

Dubbed the “XL”, its 610mm Sabre discs will work to a maximum depth of 160mm, making it better able to cope with high volumes of trash and thick cover crops, the company says.

Rubber mounts allow the discs to follow surface undulations and depth can be adjusted hydraulically from the tractor cab.

Small, rigid-frame versions are available in 2.75m and 3.25m working widths, while mid-range models feature two folding sections and are between 4.25m and 5.25m wide.

Prices for a 300 Disc Roller XL with a single V-profile roller start at £24,216 and the implements are available through UK importer Opico. 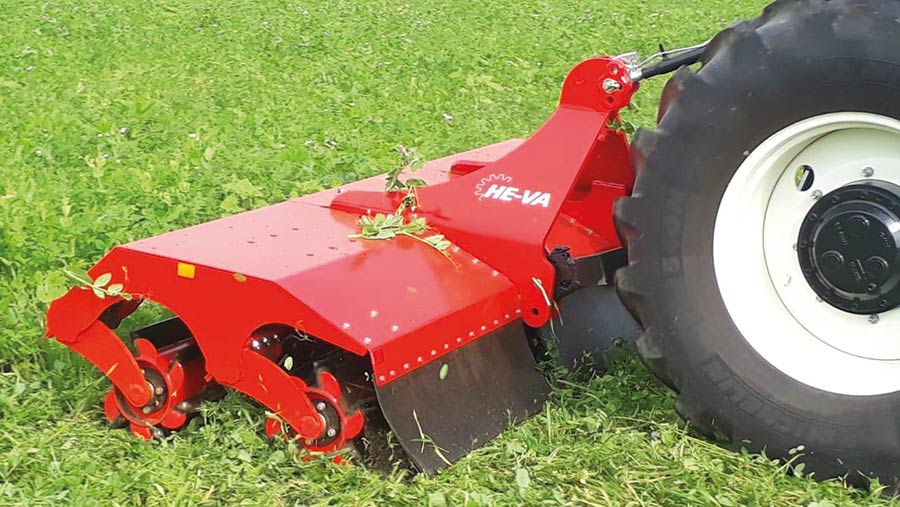 He-Va has also unveiled a standalone version of its vegetation-battering twin-rotor Top Cutter.

It is designed to roll, cut and bruise cover crops – a method that is attracting broader interest as growers look to lessen their reliance on herbicides.

The standard machine is front mounted and can be paired with a cultivator or drill on the back to form a single-pass outfit.

By laying the material in the direction of travel, Opico says that it reduces the likelihood of trash getting tangled in the soil-working components of the following implement.

There’s also the option of a second three-point linkage kit to allow for attachment to the tractor’s rear hitch.

The rotors are 400mm in diameter and each one carries six blades mounted in a spiral formation to help maintain a smooth drive. Steel canopy covers should prevent material being flung at the tractor.

The Top Cutter Solo is available in five widths – rigid-frame versions are 3m and 4m, and hydraulic folding variants are 4m, 5m and 6m. Prices start from £8,225.

Both machines will be officially launched at the Cereals event on 30 June/1 July.