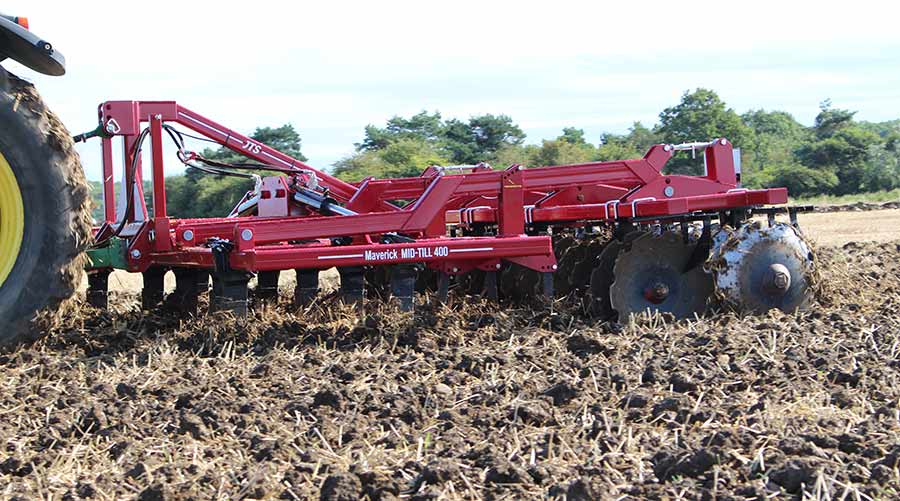 New kid on the block JTS Machinery used the recent Tillage-Live event in Corby to preview its first 4m stubble cultivator, having only been in business since the start of the year.

The Newmarket-based firm is run by Jim Tarry, who has been working and managing farms in East Anglia for 40 years and has done his fair share of welding and fabrication of various machines during that time.

The Maverick Mid-Till 400 cultivator is his first attempt at building a machine from scratch. The 4m implement uses 11 leading tines on two rows using McConnel Shakerator legs that have manual depth adjustment between 125mm and 250mm and it weighs 3,420kg.

A further 10 tines equipped with tungsten points are on a third row to help loosen up any missed patches.

Two rows of monster 660mm scalloped discs follow, with Mr Tarry saying that leaving the soil open to the rain and sun is more effective than consolidating it back down with a rear packer.

As the company is in its infancy, machines are built to order. The list price of the 4m model is £29,650 and it folds to 2.4m for transport.