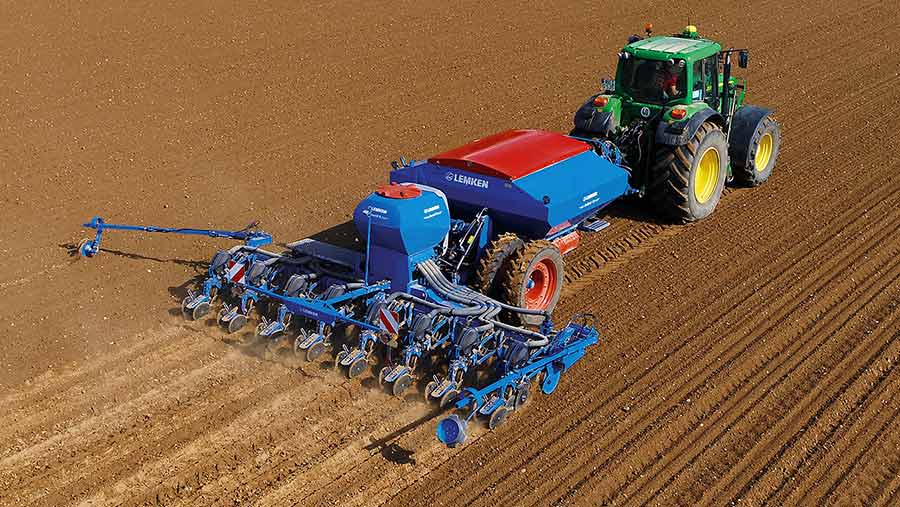 Lemken has updated its range of high-speed Rubin compact disc harrows in a bid to reduce tractor fuel consumption and improve bout accuracy.

Central to the changes on the Rubin 10 is a new disc layout to improve stability and reduce sideways drag.

It uses tougher 645mm DuraMaxx discs as standard, which the company claims will last 30% longer than run-of-the-mill units.

Each concave disc also gets an overload protection with damped return to minimise strain on the frame, and the mounting legs are thicker, too.

The firm says an integrated harrow behind the first row of discs has improved the crumbling effect and distributes soil and organic matter evenly, while the rear impact and levelling harrow forms a level surface at the back. 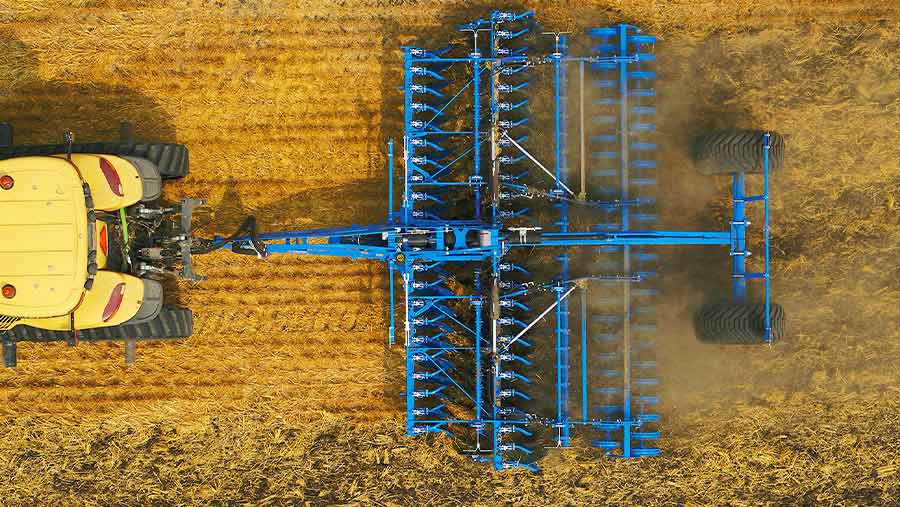 The mounted Rubin 10 version is available with a single wheel to reduce the loads on the rear tractor axle and it also allows heavier rollers to be used.

Widths range from 2.5m to 7m, target working speed is 12kph and it will need about 50hp/m. The new models are due to go into series production from 2019.

Tweaks to Lemken’s Diamant 16 on-land/in-furrow semi-mounted ploughs include the addition of the firm’s Opti Line system, which helps prevent the sideways pull during ploughing. This is usually caused by bigger tractors and tyres shifting the draft line and putting uneven pressure on the rear linkage. 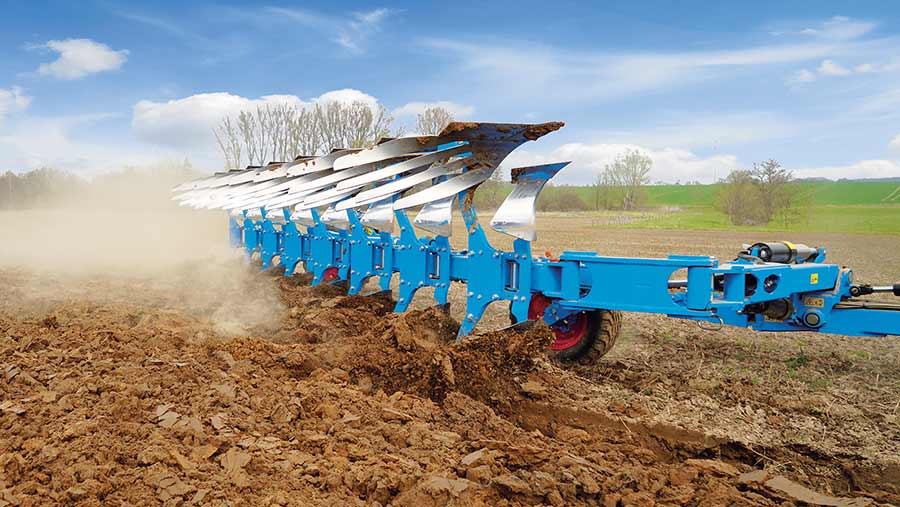 The system uses a hydraulic ram between the headstock and main shaft to address the sideways pull. This shifts the tractor/plough traction line towards the centre of the rear axle, avoiding the need for counter-steering and delivering fuel savings of up to 10%, says Lemken.

There is a growing interest in running seeding toolbars coupled to a separate hopper, in similar fashion to farmers in the US.

With that in mind, Lemken has launched mounted and trailed options for carrying seed, fertiliser or both.

The first of those is the Solitair 23 front tank, which has a 1,900-litre capacity and four metering units. 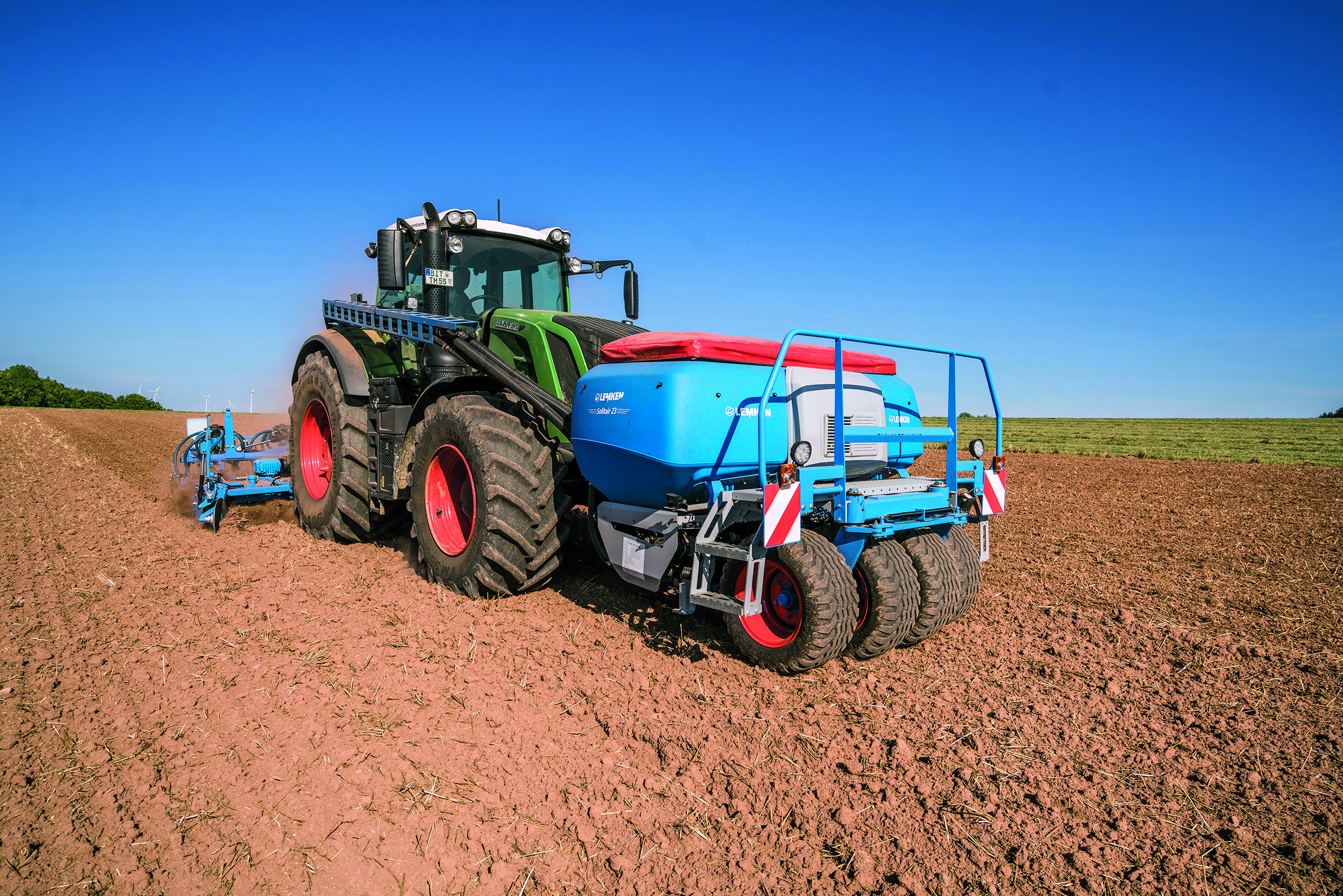 Material is sent through four 65mm pipes routed underneath the tractor to the seeding unit at the back and comes with various options including a tyre press, weighcells and extra weights to improve the overall balance of the outfit.

Elsewhere, the Solitair 12 SW seed trailer has a 5,800-litre capacity and is primarily designed to hold fertiliser when working with the firm’s Azurit single-seed drill, which is hooked on the back via a three-point linkage. 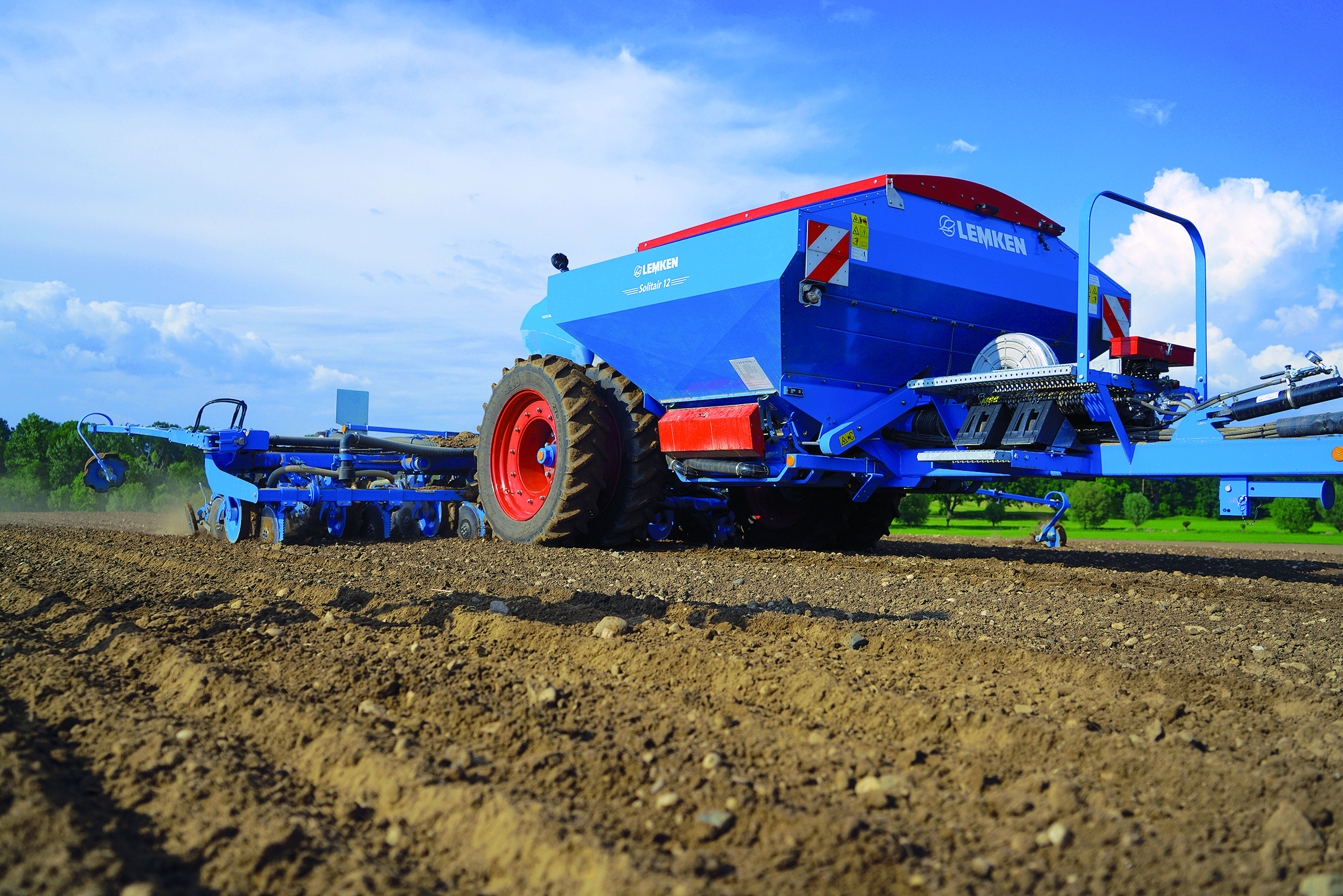 An electric motor drives and controls two seeding shafts dispensing fertiliser at the set rate and an electro-hydraulic part-width section control can be integrated, too.

The company has announced a deal to buy a Dutch firm called Steketee, which makes mechanical weed control implements that use cameras for precise control between rows and for hoeing between plants within a row. 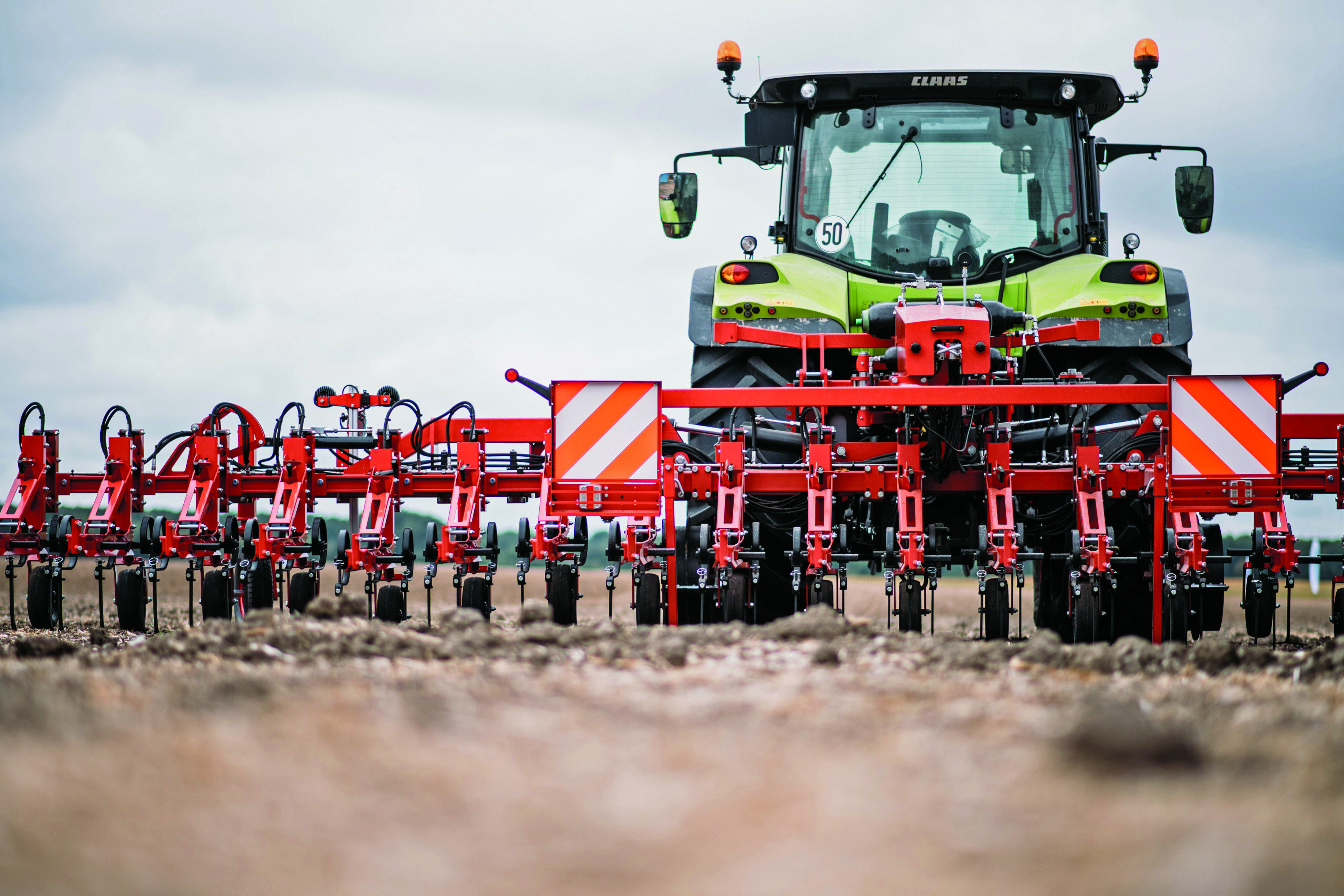 “The acceptance of chemical crop care agents is decreasing, both among farmers and within the broader society,” says Lemken managing director Anthony van der Ley.

“At the same time, resistance against currently available active substances is continually increasing, while hardly any new substances are coming on to the market.

“Given the widespread use of herbicides, they offer the greatest potential for reducing the use of chemical crop care products. Lemken is fully aware of this responsibility, and we intend to promote mechanical weed control by adding hoeing technology to our product range.”