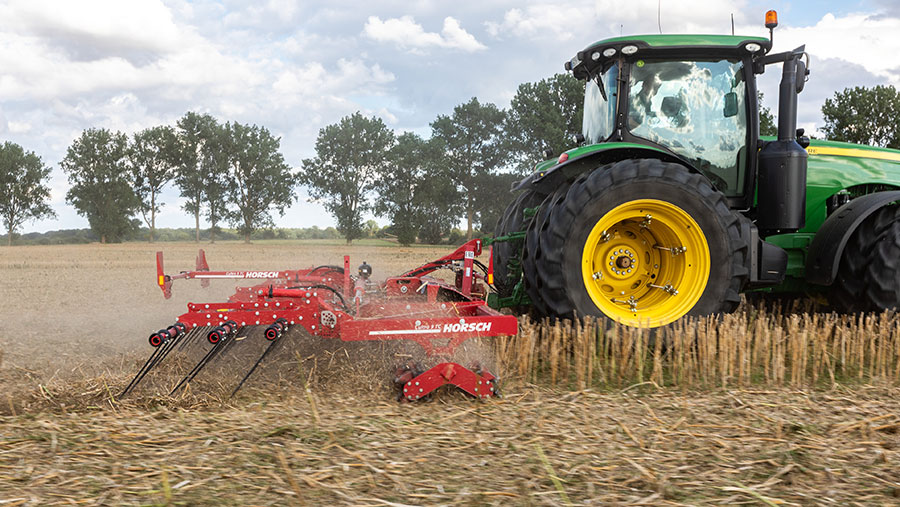 An expansion of Horsch’s stubble chopper range has seen three new models slotted between the existing 3m and 12m versions.

The 5m, 6m and 9m Cultro TCs are designed for growers looking to leave stubbles longer or destroy catch crops mechanically before drilling.

They can be bought with following harrows or a packer, with the double-knife roller features six blades on section. Speeds of up to 20kph are possible.

Horsch has continued its development of weeding machinery to reduce the reliance on chemicals by adding a broader range of working widths to its Cura cultivator line-up.

The new 6m and 9m mounted models sit at the bottom of the range, which is topped by a 24m trailed version.

The smaller models both fold in three sections and are designed to scratch the surface between 100mm to 300mm deep in crops as tall as 450mm.

A Minidrill hopper for small seed applications is an option on 6m to 15m models. 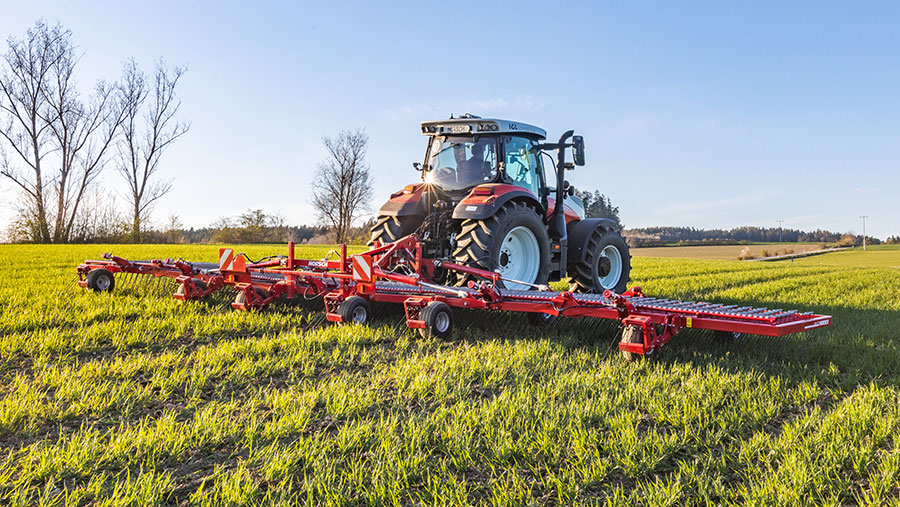