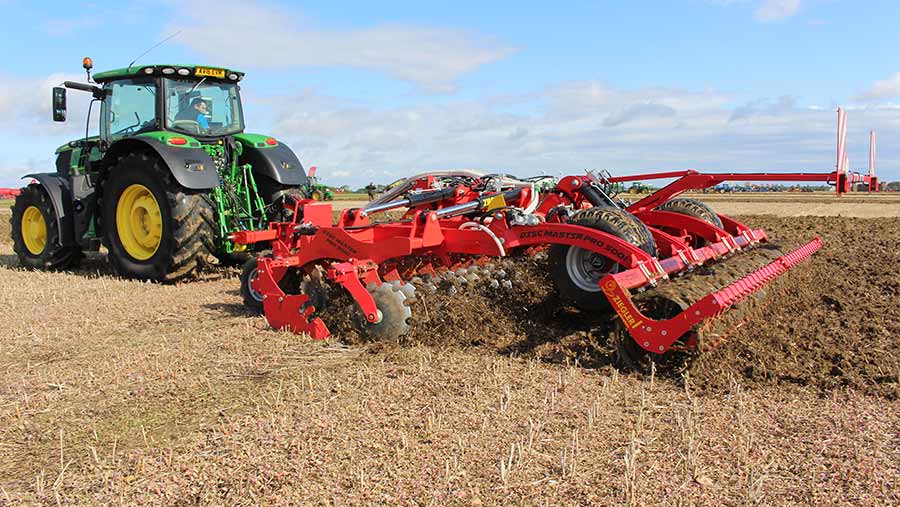 The German brand was launched to the British market at Cereals this year, where the Field-Profi tine cultivator was on show.

The new Disc Master Pro comes in widths from 3.5m to 7m, with the middle-of-the-road 5m version demanding 180hp to hit fast working speeds of more than 12kph.

It runs two rows of 560mm serrated discs followed by a double U-beam packer at the rear. When in work, the implement’s weight – roughly 5t, excluding the packer – is transferred on to the rear press and depth control is hydraulic.

Abrey Agricultural, based in Saffron Walden, Essex, is retailing the 5m model for about £41,000.