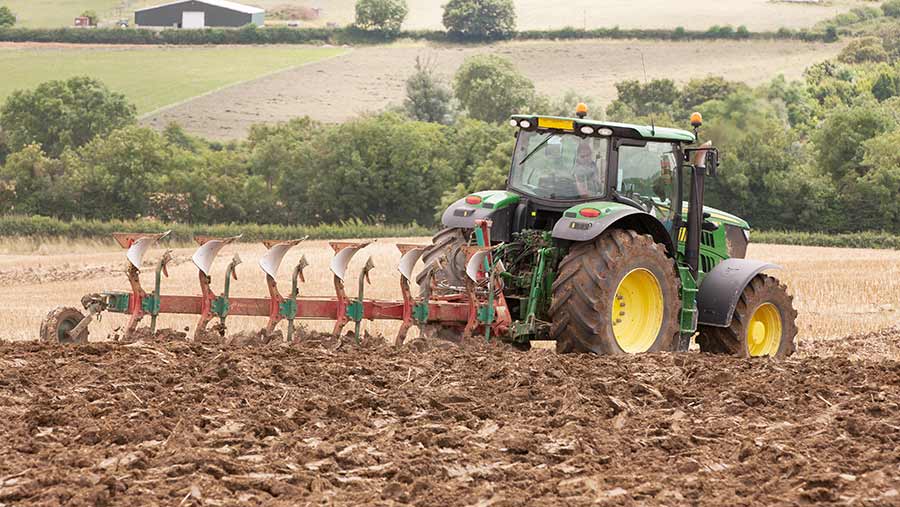 Essex farmer Will Streeter has slashed ploughing downtime and cut costs by kitting out his Kverneland ploughs with durable tungsten carbide tips.

His contract farming enterprise near Bishops Stortford is in a blackgrass hotspot, so the plough remains a key part of his cultivations arsenal and he aims to turn a furrow on roughly 600ha of the 2,000ha ground he covers.

The farms predominately lie on heavy clay, which is the ideal soil type for the troublesome weed, and the hot, dry summers in the east of England provide the perfect germination conditions that make controlling it all the more challenging. 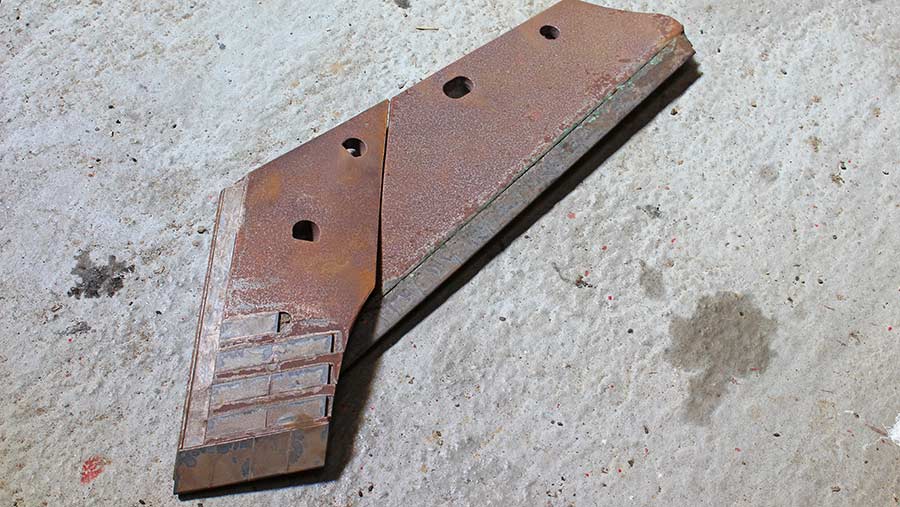 One of the new tungsten-tipped points

And while other growers might be looking at options such as direct drilling, Mr Streeter has no intention of selling his brace of Kverneland ploughs and indeed has invested a large sum to reduce time spent maintaining them during the year.

“Between the two ploughs we’d lose around five days changing metal each summer, and the parts alone for both implements were averaging £4,000 a year,” Mr Streeter says.

“With 15 furrows sat idle, it is the equivalent of losing 200ha of ploughing time – we can comfortably cover 20ha/day in a big field – which has implications for labour and big knock-on cost implications.” 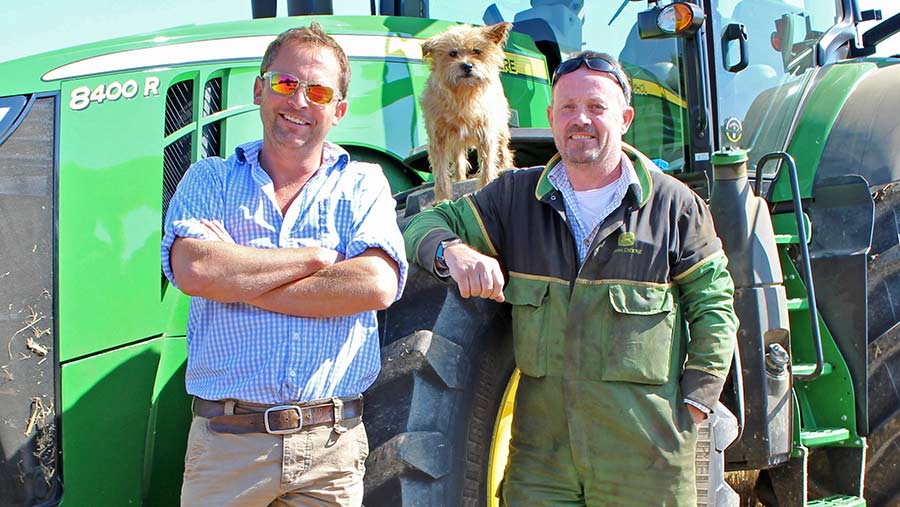 Mr Streeter aims to plough as soon as possible after the combine, leaving the heavy soils to bake out in the summer sunshine before a pass with a cultivator to level the ground and stimulate weed growth.

The winter frosts break down the soil further before, ideally, he goes straight in with the drill in the spring.

It cost the business about £10,000, but Mr Streeter reckons the reduced downtime has been worth it.

“Previously, we would be getting through up to five sets of plough metal every year, so I wanted to switch to tungsten metal when I bought the new ploughs to cut this down. To avoid invalidating our warranty, we had to use genuine KV parts,” he says.

How have they fared?

When Mr Streeter first bought KV’s tungsten carbide parts from his local dealer – fitting is done by the farm’s employees – he reckoned he’d get two seasons out of them.

But as it turns out, both machines have just completed their second season and have plenty of life left in them for another year. 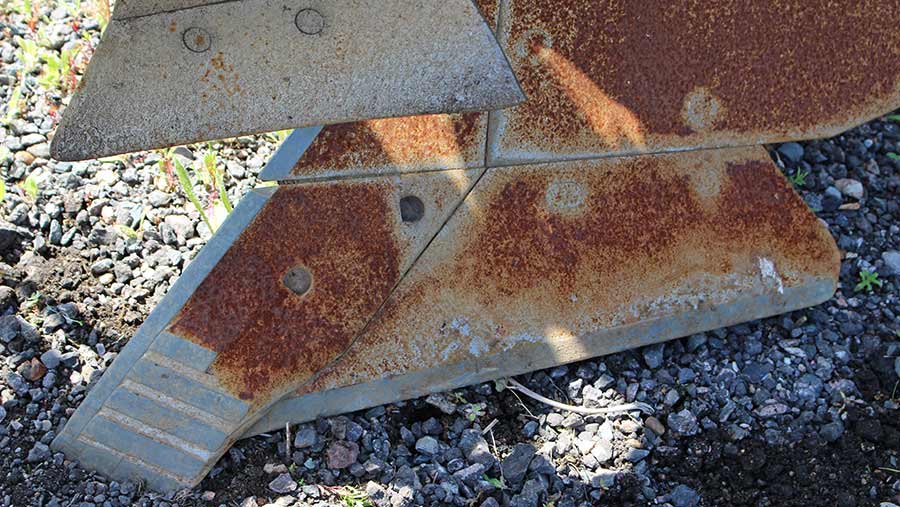 “Last year was very dry and hard, so a lot of people around us stopped ploughing. But we carried on and it paid off, as we had finished the winter ploughing before the winter cereal drilling had been completed.”

“This has allowed us to flush grass weeds out with plenty of time to spare.”

The larger plough has completed more than 1,200ha and the tungsten tile can still be seen on the points, he says.

Kverneland produces the base metal for the points and shares, and the tungsten carbide  tiles are applied separately by a third-party supplier.

The points are a completely different design to the standard or quick-fit points, as the tiles are welded to the metal rather than simply being a tungsten coating. 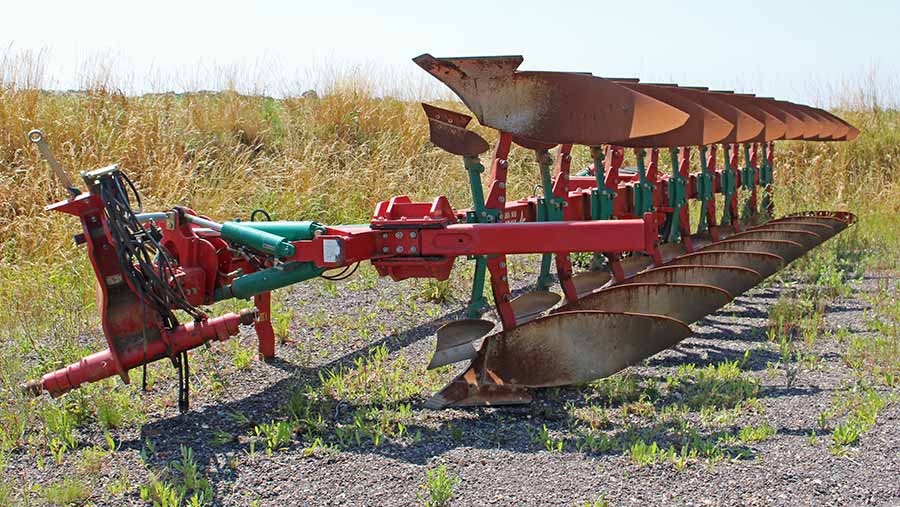 KV says most farmers will buy the tungsten points after the initial metal has worn through, rather than opting for it at factory stage.

The additional cost is about five times the list price of a quick-fit system, but they are claimed to last up to 10 times longer than standard metal, depending on the soil type and ploughing style.