Late last year, Suffolk firm Agri-Hire agreed a deal to take on Dowdeswell’s engineering operation with a commitment to restarting plough production on a national scale.

Dowdeswell folded last summer, bringing to an end a 45-year history, which saw it claim as much as 40% of the UK plough market as recently as 2005.

At one time the company employed 300 people, but cited a combination of currency factors, growth in imported equipment and changes in cultivation practices as the main drivers behind its failings. 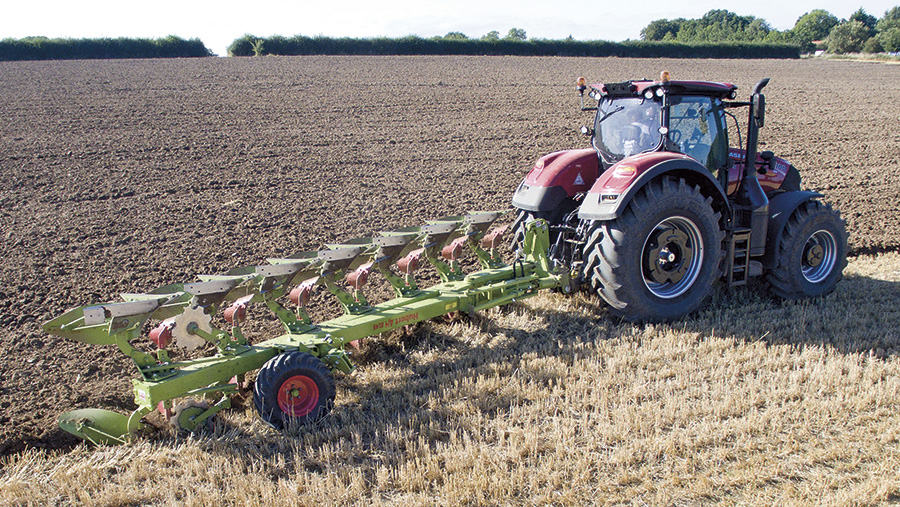 Agri-Hire decided to take a punt on the crumbling business, having previously been a Dowdeswell dealer and parts stockist.

Since taking on the manufacturing job, it has begun building its own mainframe and leg brackets to fit the apple-green equipment and, in doing so, the Hubert becomes the first plough to be built in Suffolk since Ransomes drifted out of sight.

The name might be new, but the equipment is almost identical to the stuff built by the defunct Warwickshire firm.

Our test model was the seven-furrow 2145 model, which comes with the option of running on land or in furrow depending on the choice of tractor and availability of guidance.

The 320hp rated headstock is still made by Dowdeswell’s parts division, but Agri-Hire hopes to take the fabrication job in-house once it has sketched out its own blueprints.

A big box-section beam runs the length of the plough to form part of the triangular frame, and contributes to the machines near 2.5t weight.

That said, it has a more basic feel than the likes of the Amazone Cayron we tried last year.

A brace of rams adjust the furrow width and beam running angle to help keep the top link straight and the plough running true.

We found the front furrow had to be policed particularly closely because the ram had a habit of drifting out of position, but a quick tweak had it back in line and filling the gutter left by the 710mm-wide tyres.

Unfortunately, vari-width is strictly manual and is set by zigzag locators on each body in one-inch increments. 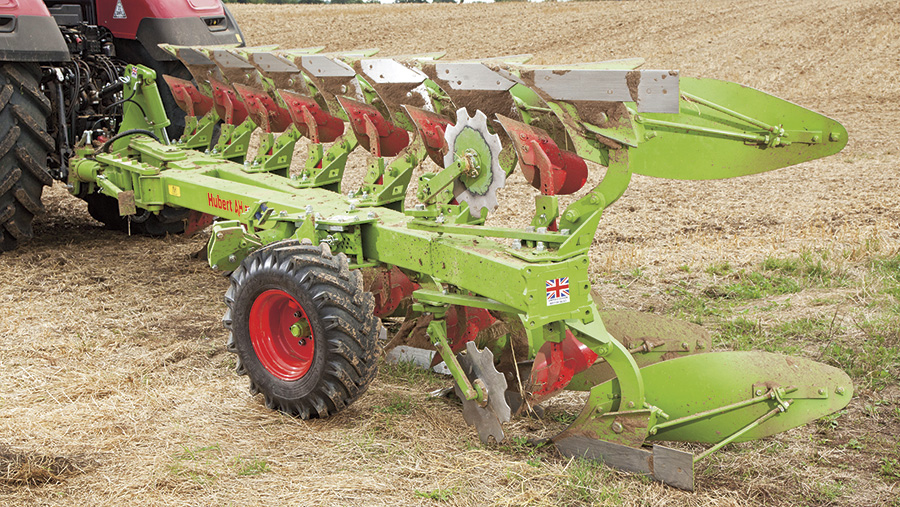 We left the furrows at 14in widths, but it makes straightening-up an awkward-shaped field much more difficult.

There are 200mm mouldboard extensions for those working particularly stiff land and, if the going gets really tough, it’s possible to whip off the rear furrow and run it as a six-section set-up.

Shearbolt protection should prevent any serious damage from stones, but Agri-Hire has no intention of offering an auto-reset option in the future.

On the plus side, the wearing metal is easy to replace. 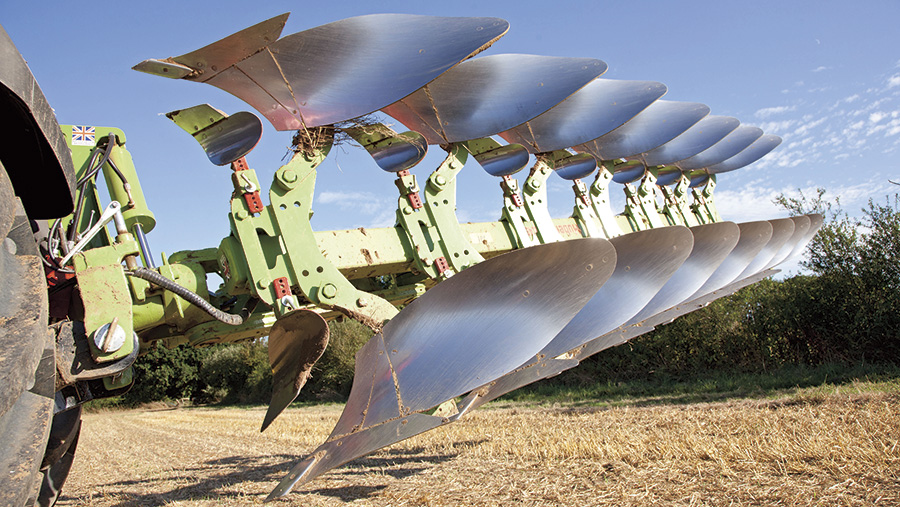 The single-bolt points can’t quite match Kverneland’s knock-on system, but are still pretty quick to switch over and the same goes for the shins.

However, we found the points didn’t quite have the angle to really rip into tough, dry ground.

Further back, the depth wheel is fitted in line with the fifth furrow, which Hubert says reduces the strain on the linkage compared with tail-mounted wheels.

For the road, it also doubles-up as a transport wheel that should take roughly 40% of the load once it has been locked in position by headstock pins.