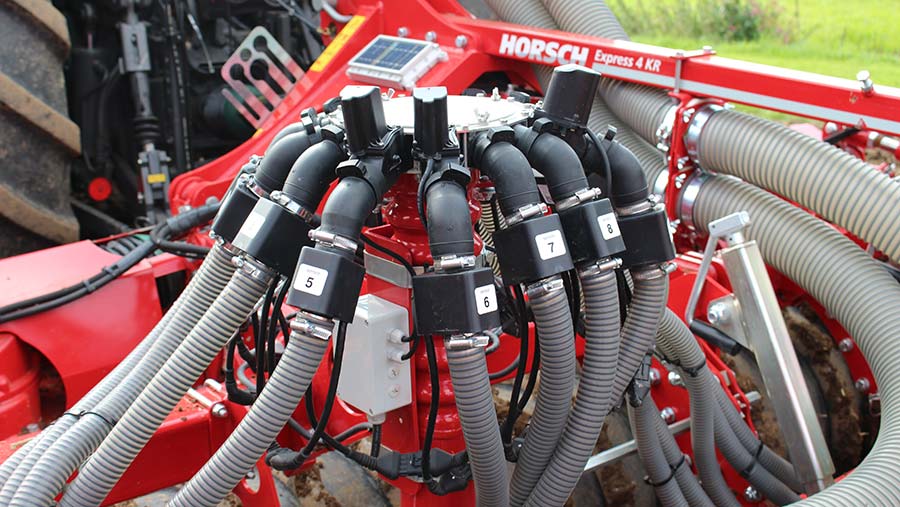 German implement maker Horsch is experiencing strong UK sales from its tillage and crop protection machines. However, with the uncertainty surrounding glyphosate regulation and Brexit, the company thinks that exploring the methods used by organic farmers could have benefits for arable growers in the future.

Last month, the manufacturer shipped the European agricultural media to its headquarters at Schwandorf in southern Germany, to showcase updates and new models before the full reveal at Agritechnica in November.

The company entered the UK spraying sector only four years ago, but since then production has rocketed, with British growers ordering 60 sprayers this year, an increase of 25 machines on 2016.

With most of these units being trailed, the newest family member is the Leeb GS, which has a stainless-steel tank, available in sizes of 6,000 litres, 7,000 litres and the largest 8,000-litre unit.

Watch our video of the new kit Horsch has to offer:

The sprayers are aimed at contractors and farmers covering a lot of tarmac, and the large liquid volumes are kept in place by welded tank baffles, preventing a forward surge under heavy breaking.

The GS models also come with an optional rotary 1,000-litre/min pump to minimise time spent out of the seat with boom technology from the LT series in widths of 18-42m.

Horsch has introduced a simpler entry-level spec to run alongside the existing continuous cleaning system and fully electric CCS Pro options. The new Eco spec uses pto power to run a 400-litre/min piston diaphragm pump, while the electric valves have been replaced with simpler manual versions.

In keeping with the company’s fetish for large-scale kit, the new Serto SC drill is available in 10m and 12m widths and folds to less than 3m to comply with road transport regulations.

Differing from the firm’s other hectare-eating cereal drill, the Pronto, the Serto SC has a bank of wheels which are used to prep and pack the dirt in front of the coulters, as opposed to a disc arrangement. Each tyre is followed by two coulters at 16.6cm spacing, with their design inspired by the maize coulters the company uses. 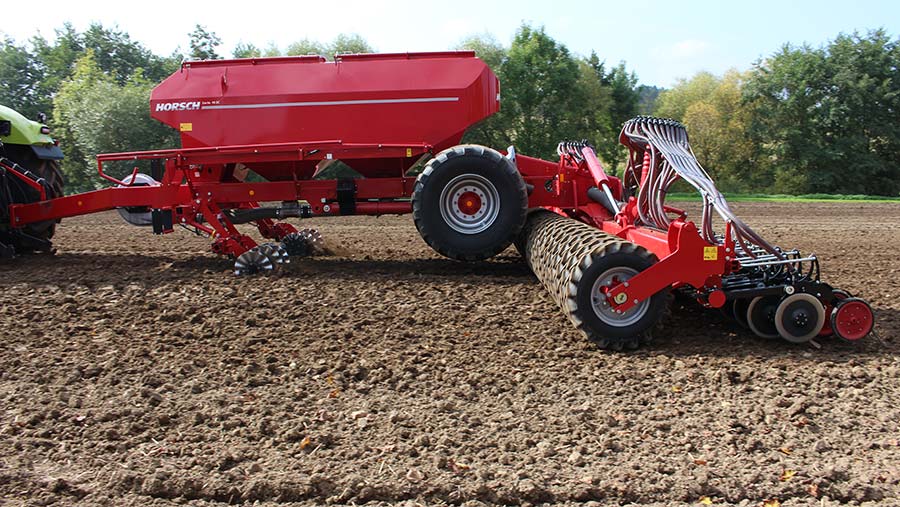 The Serto folds in a similar manner to the firm’s 12m maize drill, the Maestro. The monster 6,000-litre hopper has two metering systems and a 50/50 split to place seed and fertiliser at the same time.

Due to the wheeled packer, the horsepower needed is lower, while prices are set at the £140,000 mark, £60,000 less than the equivalent Pronto.

However, not wanting to be left out, the Pronto drills are now available in some slimmer widths of 6m, 8m and 9m, with the option of having a low-disturbance wave disc running ahead of the coulters, with 20kph drilling speed achievable.

At the smaller end of the drilling portfolio, the Avatar SD was introduced in a 6m version last year and now has two smaller siblings in the form of 3m and 4m drills.

With the 350kg pressure on each coulter, the company claims heavy, wet soils are not an issue, with the rubber closing wheel locking the seed in place. The operator has the option to use it as a direct drill, seeding into cultivated land or into a cover crop, the company says.

The Express 4 KR is a power harrow combination drill, harking back to the 1990s. The 4m folding version has a toothed packer at the rear and is coupled with a front-mounted 1,600kg seed tank.

However, an impressive new feature is Rowcontrol, which shuts off individual rows when tramlining or lifting in and out on the headland, saving seed and avoiding costly overlap.

Running through Isobus, the headland shut-off currently works in sections – similar to a sprayer – but in the future it could work as accurately as a maize drill when used with RTK guidance.

The airstream is adjusted so the correct pressure is maintained for blowing seed down the tubes, even with 75% of the drill switched off, the company claims. The technology will be available in 2018.

The popular Terrano has been given a new look, with the GX version offering smaller working widths of 4m, 5m and 6m. 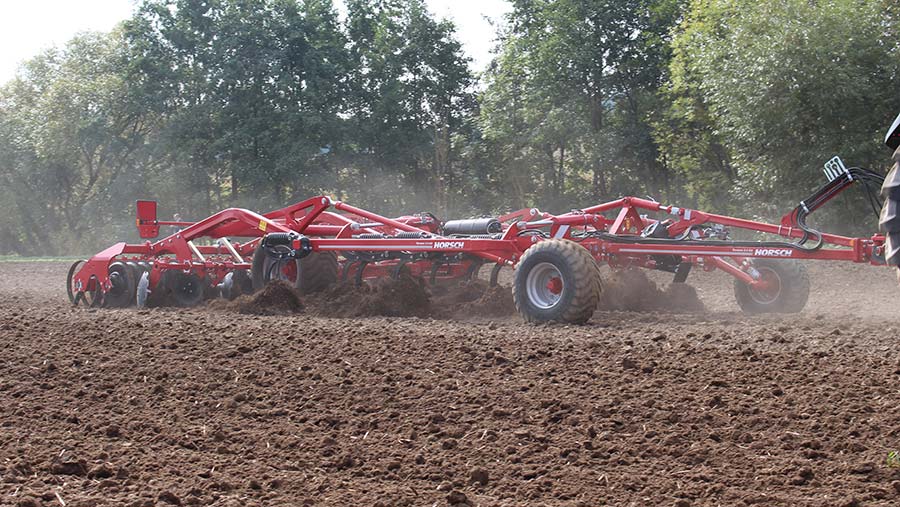 There are new arrangements underneath, with either three or four lateral bars housing various tine set-ups. The gaps between tines are set at 28.5-31.5cm. There are six different packer options for the rear, with solid, ringed and flex options available, the company claims.

The Crusier spring tine cultivator is now available in 5m and 6m trailed versions, plugging the hole between the 3m mounted machine and the 10m and 12m versions.

There’s a choice of four different points, ranging from light spring work to stubble cultivations after harvest, and due to the lateral mounting of the spring tine body, the tine can lift over obstacles, reducing breakages, the company says.