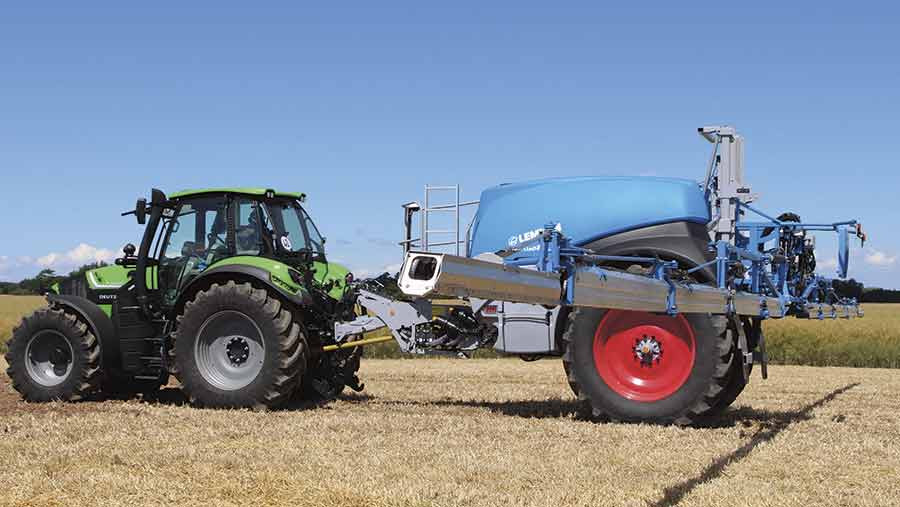 Lemken’s Vega trailed sprayer has been phased in over the last couple of years, and the addition of 27m, 28m and 30m should add appeal to larger-acre farmers.

Tank sizes include 3,000-, 4,000- and 5,000-litre options and come with an all-electronic control system that operates via a remote control unit positioned above the induction tank, or via the MegaSpray menu on the in-cab terminal.

Using the control unit instead of valves and manual controls shortens hose lengths by 15m and makes it lots quicker to drain and clean, according to Lemken.

Having the clean water tank in the fenders, a flat belly for better crop clearance and a low centre of gravity also improves overall stability. Individual nozzle control and optional hydraulic drawbar suspension and steering options are available, too.

Solitair gets a makeover 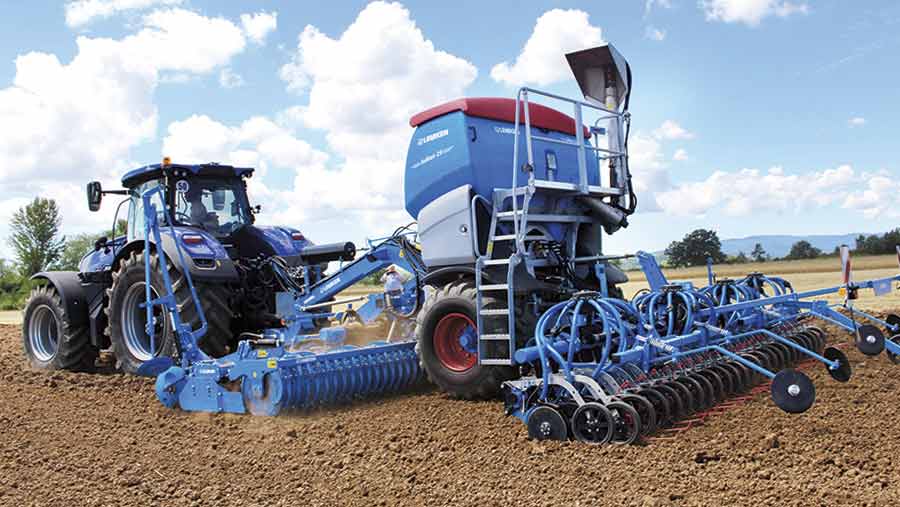 The Solitair drill range has a new, easy-fill 3,000-litre plastic tank with an extra-wide inlet that is also suitable for fertiliser.

A new hydraulically operated distribution head means seed isn’t returned and operators can swap tramline settings without physically making changes to the machine. Each metering unit features a separate electrical drive, while the volume delivered by the cell wheels can be continuously adjusted for all seed types.

Elsewhere, the fan now has stainless steel running gear and requires 10-litres less oil than the previous model. There are also two new electronic control systems available – the baseline EcoDrill canbus system or the Isobus MegaDrill for use with the CCI-200 terminal.

The Solitair can be teamed with five different drill combinations, from the Azurit single-seed drill unit to the commonly used OptiDisc or OptiDisc M double disc coulter bar.

Each part-width section can be shut off via the individual electric motor and separate volume adjustments can be made for each section. Initially, the Solitair 25 will be available in a semi-mounted folding version with working widths from 4m to 6m. 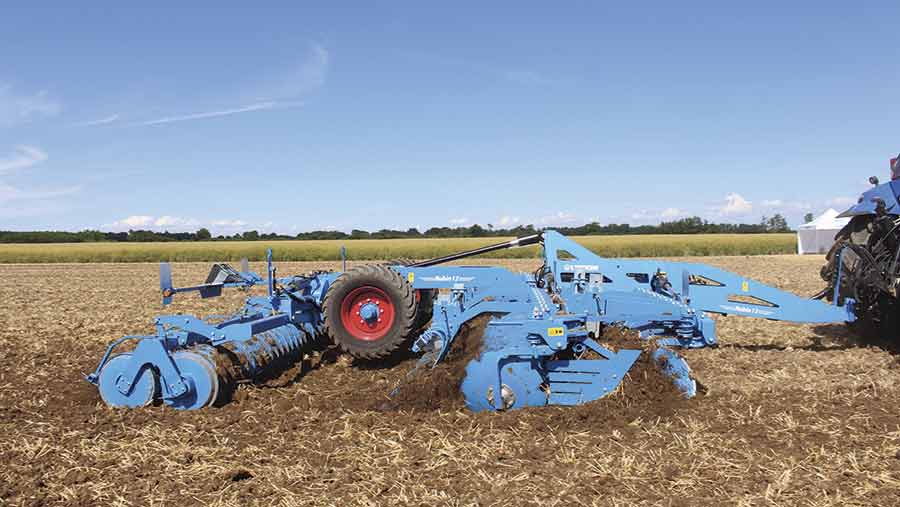 The Rubin 12 compact disc harrow is now available in 7m form, joining the 3m, 3.5m and 4m mounted versions already on the market.

The cultivator comprises two rows of 736mm diameter serrated concave discs arranged symmetrically to cancel out the lateral pull, and is able to work down to 20cm.

An impact harrow after the first row of discs and a levelling toolbar after the second make way for a self-levelling packer roller, which will most commonly be a W-profile in the UK for consistent blackgrass germination. 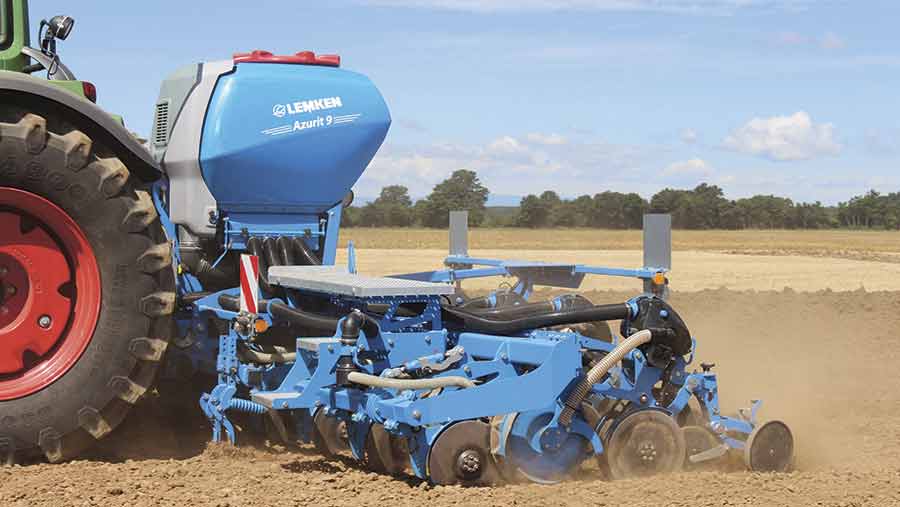 After debuting as a concept machine at Agritechnica in 2013, Lemken’s first foray into single-seed drilling, the Azurit, is now out in the field for evaluation.

Row centres can be spaced at up to 87.5cm, or as narrow as 37.5cm, and Lemken is working on increasing the level of adjustment.

Instead of seeds being placed in individual rows, the DeltaRow placement system administers seeds in two staggered twin rows placed 12.5cm apart in a zig-zag format. This means that each individual plant gets 70% more surface area and better access to light, water and nutrients, according to Lemken.

Up front, there are two residue wheels clearing trash away from the coulters, while a band of fertiliser is placed in the middle of the two rows. A Trapeze packer roller closes the fertiliser band ahead of the coulter itself.

Seeds are distributed on-demand from a central feed hopper, while each singling unit is made up of two perforated discs that feed seeds alternately on to the two double disc coulters.

The four- and eight-row models will be available to buy in spring 2017.