The boom in cover cropping as a result of greening regulations has seen lots of farmers bolt small seed hoppers to the back of standard cultivators.

Pottinger has jumped on the bandwagon with its Tegosem-badged version of APV’s seeder. It is designed to fit all off the Austrian maker’s cultivators thanks to in-house designed framework and rear steps. 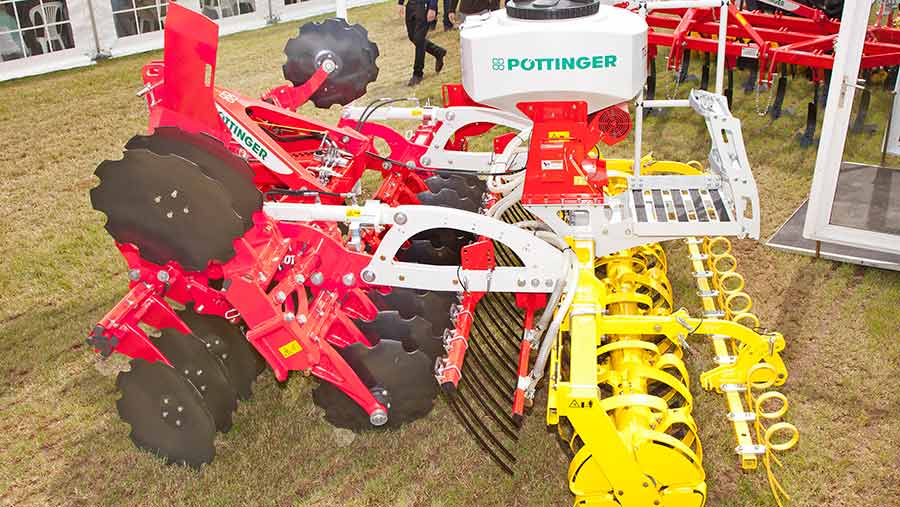 The 200-litre hopper on show was fitted to a Terradisc 3001 cultivator. In its smaller guise it comes with eight outlets over 3m and costs £5,554, but there’s also a bigger 500-litre version.

Elsewhere, the company has also revealed a new Conoroller that is claimed to offer the same quality of consolidation but weighs in 350kg less over 3m.

It comes in roughly £1,000 cheaper than a regular packer, while still producing a corrugated finish to protect the soil surface from rough weather.