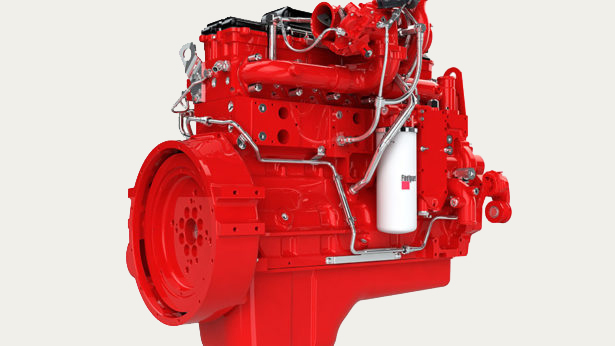 Cummins has revealed its latest Stage 5 100hp to 675hp engines, which it claims are simpler and more fuel efficient than the oil-burners they replace, as it aims to cut down customers’ running costs.

“While most manufacturers are adding technologies for Stage 5, Cummins is changing the rules and reducing complexity,” says Andrew Hobbs, Cummins’ agriculture business director.

“Our latest single module after-treatment technology used on 3.8-litre to 9-litre engines is 50% smaller and 30% lighter than the equivalent Stage 4 system.”

The EGR-free engine design means there is less to cool. It is also more compact, with less weight, which the company says will make it easier and cheaper to install.

Upgrades should deliver the sort of high power density that suits combine harvesters and sprayers, and the power bulge and torque rise should also suit tractors, says Cummins.

The four-cylinder F3.8 and B4.5 engines have achieved impressive-looking increases in power and torque for Stage 5.

Cummins’ Stage 5 heavy-duty X12 engine comes with 512hp and, like the other engines, is EGR-free. Instead, it uses the same DPF-SCR after-treatment system from Stage 4 motors.