Business outside of agriculture may have slowed to a snail’s pace, but that hasn’t stopped a host of new machinery agreements and dealer expansions taking place during the lockdown.

A tie-up between Case-IH and Bednar will see the tractor maker sell the Czech-made implements, ranging from 2m toppers to 18.4m disc cultivators, through its dealer network. The agreement started on 1 August. 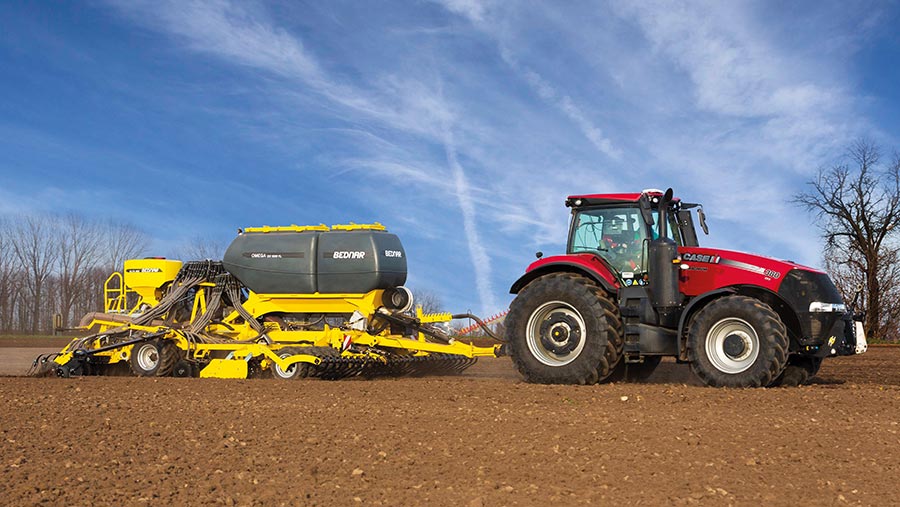 Case-IH has also agreed a deal for Cornwall Farm Machinery, based in Trispen, to sell and service its wares across the whole of Cornwall.

Opico has announced the appointment of Cornish dealer Truro Tractors to its Maschio Gaspardo ranks. 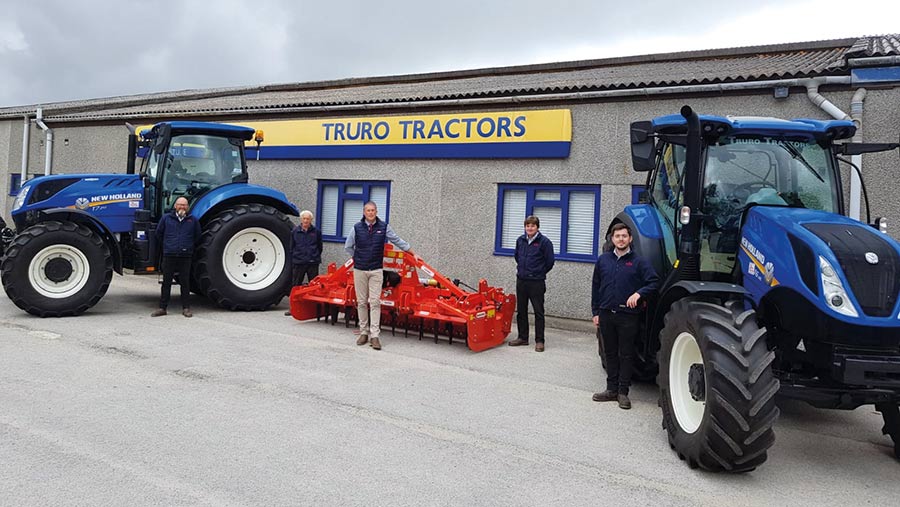 The three-depot dealership will sell the full tillage line-up of ploughs, cultivators and drills alongside Maschio’s flail mowers.

The agreement means the weather stations will be available through the Trimble and Vantage networks.

John Deere dealer Netherton Tractors has survived the recent JD reshuffle and announced big expansion plans for three new agricultural dealerships in Perth and Kinross, Turriff in Aberdeenshire, and Nairn in the Highlands, with the latter two outlets replacing HRN as a Deere stockist.

The dealer has two existing outlets at Forfar in Angus and Glenrothes in Fife and the expansion takes in the north of Scotland. Alongside Deere, the dealer stocks Kramer, Kverneland, Dewulf, Bailey and He-Va equipment. 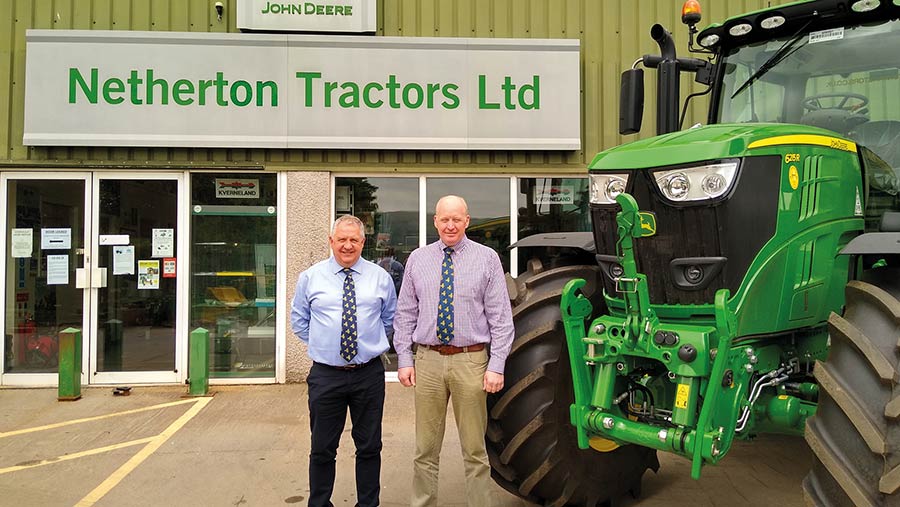 John Deere has also announced that Devon and Cornwall dealer Smallridge Bros will be expanding its agricultural sales area into mid and west Cornwall, effective from 1 November.

The family-owned business, which already has three outlets in Barnstaple and Holsworthy in Devon and at Callington in east Cornwall, will be replacing Cornwall Farm Machinery, which has decided to relinquish the John Deere franchise from that date. Smallridge Bros plans to open a new outlet to serve customers in the region.

Increased demand for agricultural parts has prompted Vaderstad Components to expand its factory by a further 2,000sq m. 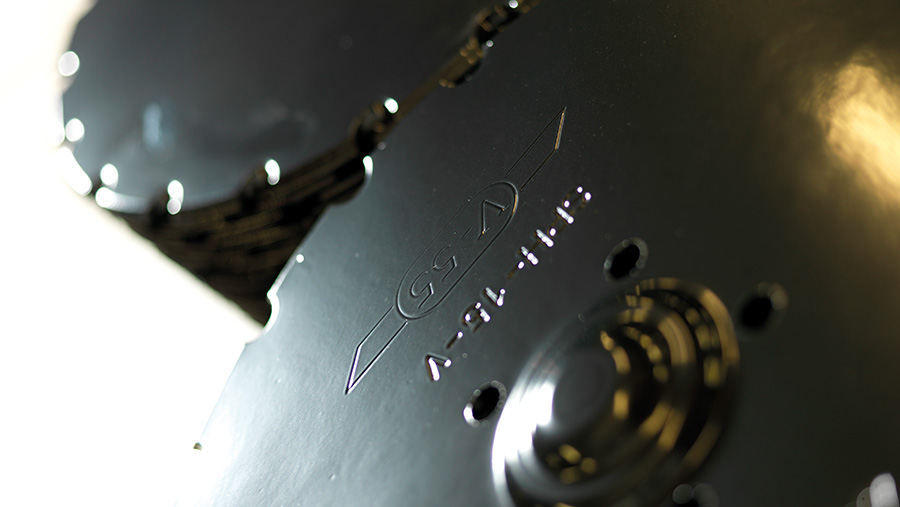 The components company supplies all spares and wearing parts for Vaderstad machinery and the new facility will hopefully increase output and improve quality.

Sweeper maker Tuchel has appointed Sweepers and Machinery as the sole UK importer for its products. 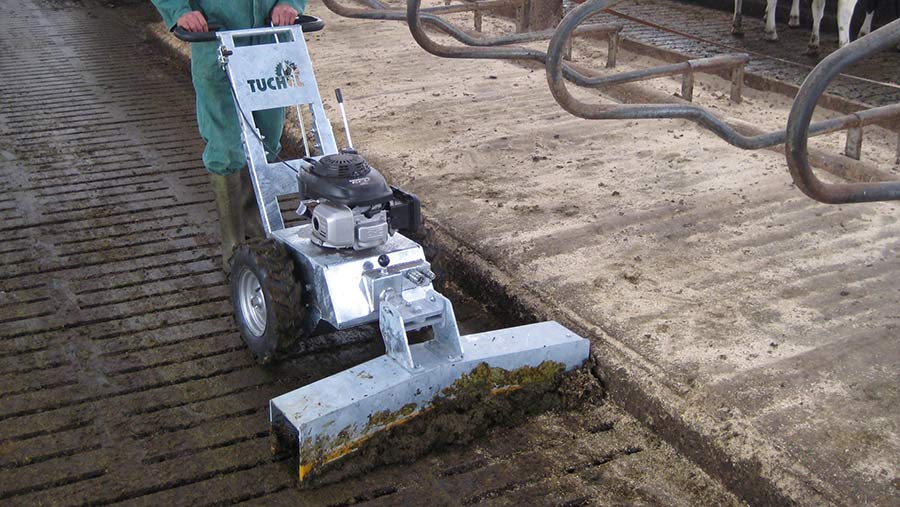 Sweepers and Machinery was only formed in May 2020 but will import the German brand’s sweepers and snow ploughs from 1.2m up to 5.2m wide. JPM Agriculture based in Louth, Lincolnshire, and JH Milnes in Penistone, Sheffield, are the first dealers to supply the products.

Russell Price Farm Services has been appointed as a sales and service depot for Scotts Precision Manufacturing.

Based in Herefordshire, Russell Price Farm Services will offer the range of Trinity toppers and Microlift Pro mounted windrowers and harvesters.

Bobcat has expanded the territory of TVE Hire and Sales based in Abingdon, Oxfordshire. 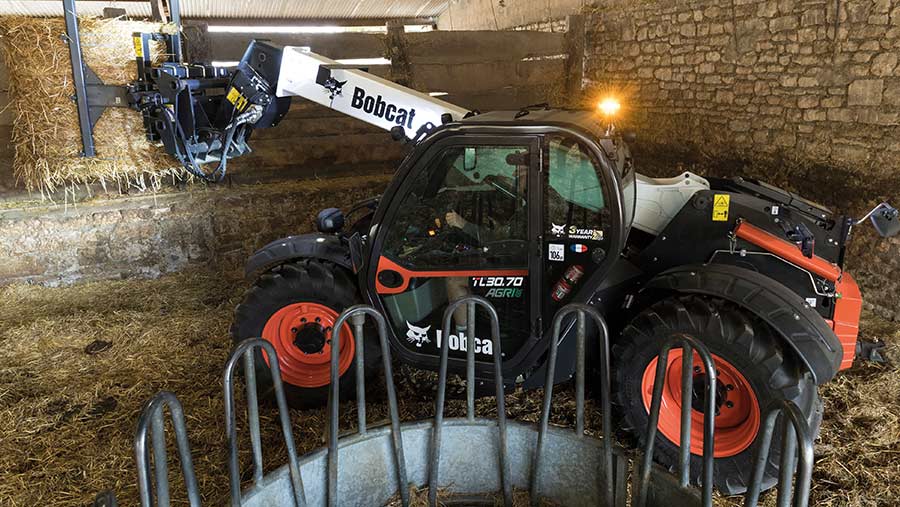 Its present area of Wiltshire and Gloucestershire has grown to include Oxfordshire, Berkshire, Buckinghamshire, Hampshire and the Isle of Wight. TVE is also taking on a caretaker role for Somerset, Dorset, Devon and Cornwall, with further announcements expected soon regarding these areas.

French firm Oria Agriculture has expanded its product range with the addition of the EMAR Chaff Deck combine attachment. The retrofit system has already gained a foothold in the UK with a number of growers using it to control weed seeds processed by combines at harvest.

Seale Agri based at Manor Farm, Chilcomb, near Winchester has taken on the sales, service and support roles for Claydon drills and other products. The dealer has already added a 4.8m Hybrid drill, a 6m Terrastar cultivator and 7.5m straw harrow to its demo fleet. 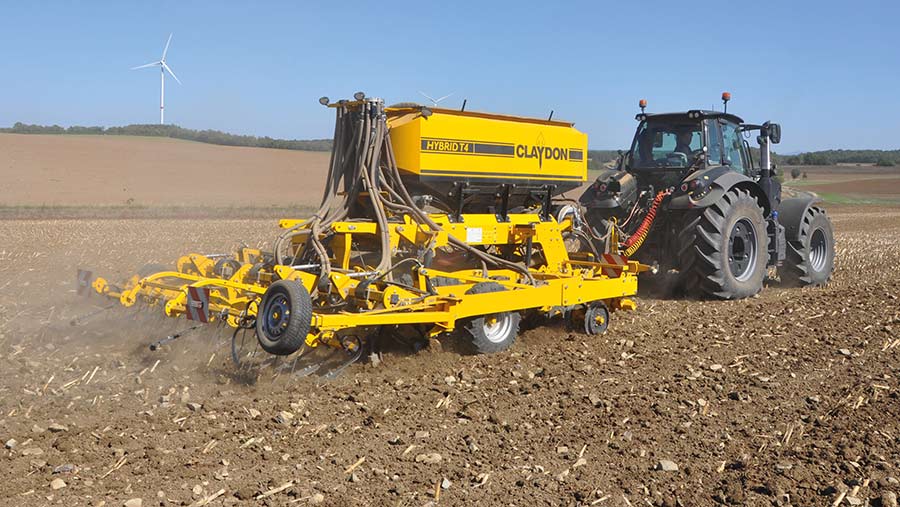 Lancashire-based Metcalf’s Ag Engineers and Adcock Agri, based in Essex, have both been added to Krone’s main dealer network. 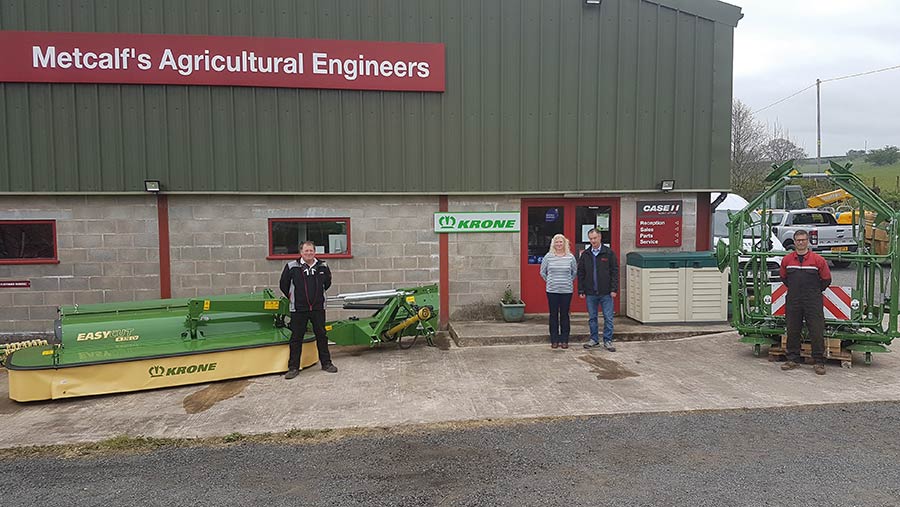 Metcalf’s Ag was a Lely dealer until the brand was bought by Agco a few years ago, and it will now represent Krone across the North West. Adcock Agri will take on the whole of Essex as Krone’s new dealer.

A tie-up between potato specialist Grimme and handling manufacturer Haith will allow customers to buy complete harvesting and processing solutions from either of the companies’ sales teams. 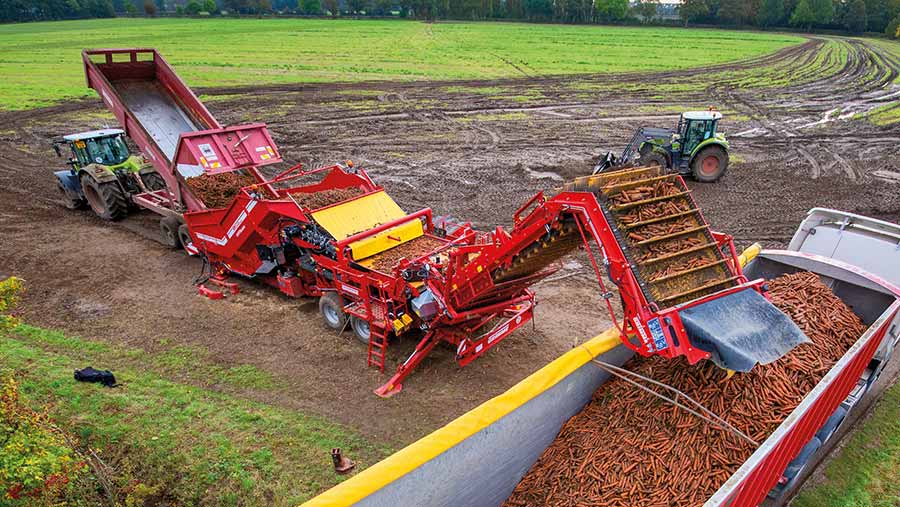 Farms, crop and variety details can be shifted from the Muddy Boots platform to a My Soyl account to help make use of precision software, including yield maps, soil sampling details and biomass images.

Hertfordshire Garden Machinery has become a dealer for Farmtrac equipment. 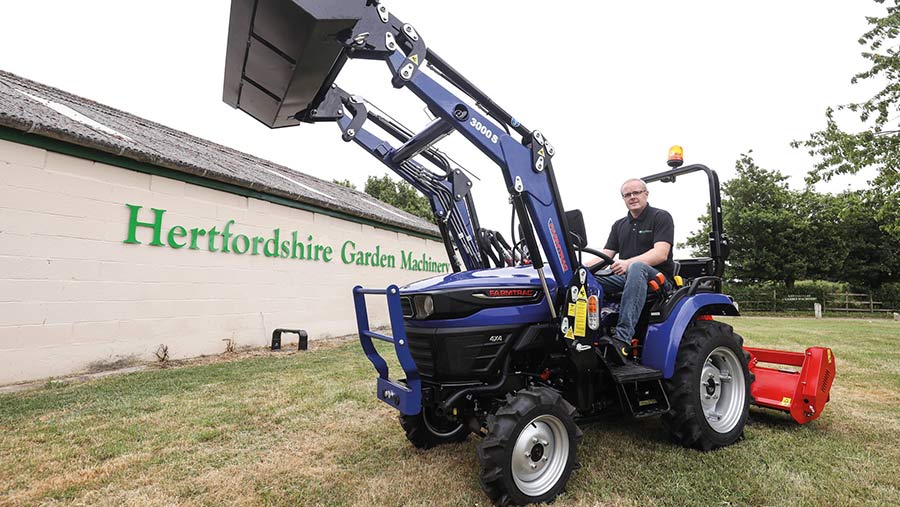 The Indian tractor brand is imported to the UK by Reesink Agriculture and provides a range that starts at 22hp and tops out at 113hp. A five-year warranty is standard across all models.

Claas’s telematics software can now view information provided by near-infrared sensors fitted to Jaguar foragers, which means yield maps can be created and details on applied additives can be stored.

Other benefits when using the new Class API include connecting the telematics platform to other farm management systems to help simplify the transfer of field boundaries.

Kubota is branching out into crop management services following the purchase of FarmX.

The start-up business has a platform to manage and automate irrigation using data, analytics and prediction modelling, helping to decrease the use of labour, water and power.

Spaldings is now the exclusive UK distributor of Tillso’s patented Sabre tine assembly, which consists of a common point and shin used with a choice of four soil-lifting wing units.

This enables growers to equip their heavy tine implements with the most appropriate configuration for effective restructuring of compacted zones in different soil types at different depths, the company says.

The system will be sold alongside Spaldings’ existing range of SPL Ultra cultivator, subsoiler and seed drill coulter points.