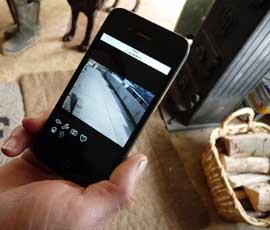 Rural crime costs the farming industry some £50m a year on average, as thieves take advantage of generally low levels of security. But farmers are improving their security, helped by some increasingly sophisticated equipment from manufacturers.

Jabbakam is one of several companies to have developed a CMTV (community-monitored television) network, using so-called IP (internet-enabled) cameras to send footage via the web to your smartphone or computer wherever you are in the world.

The Basingstoke firm has marketed the system since mid-2011. Its aim is to provide what it calls a “digital neighbourhood watch”, allowing any number of cameras to be set up, monitored and shared with other people in the area.

Jabbakam says one of its biggest advantages is the ability to operate with restricted bandwidths, so less information has to be sent back and forth over the internet. That makes it ideal in rural locations where down-the-wire broadband speeds are low or satellite broadband (which has become cheaper over the past 18 months) is being used.

Set-up is very easy (Farmers Weekly tried a version for several days) and the quality of the image was surprisingly good considering the relative cheapness of the camera. However, you can use alternative, higher-quality cameras with the system, too. 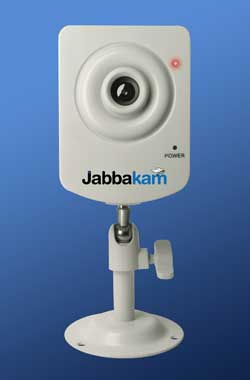 The cameras can be set to run constantly or to turn on and off at set times. They are activated to record when movement is detected and you can choose which part of the overall image the movement sensor will work on.

When movement is detected, an alert message is automatically sent to you via email or text message to a smartphone or computer. The footage is then saved on Jabbakam’s remote server where it can be viewed for between 14 and 90 days depending on the package you choose.

The recordings can be replayed and snapshots can be taken, allowing you to zoom in to get a close-up of that shady-looking Transit number plate. A CCTV-style live feed can be used but the system won’t let you leave it running for long to avoid using up your monthly usage limit.

Any number of cameras and networks can be connected, and particular cameras can also be ‘desensitised’ if flies, moths or rats regularly set off the cameras. Areas containing animals can also be set to ignore motion detection.

There is already a downloadable iPhone app which can be used to control the whole system and an Android version is due in May. In the meantime there is a mobile site which has a similar interface to Facebook and Twitter and can be accessed on any smartphone.

Jabbakam says most of its 2,500 subscribers use the network as a security tool, but the system would also be ideal for monitoring animals, particularly during lambing or calving.