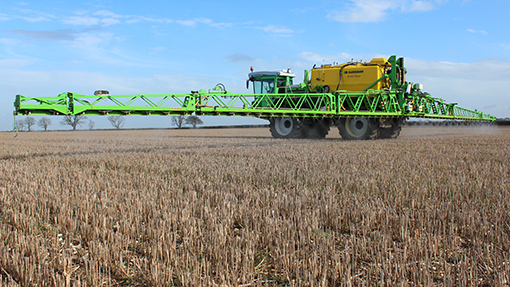 The latest in our occasional series of driver’s views, Oliver Mark finds out why a Lincolnshire farm picked a Dammann self-propelled sprayer and how it has performed since.

A wander around the Cereals Sprays and Sprayers arena will reveal heaps of potential candidates for anyone in the market for a new self-propelled sprayer. But buyers hunting for a top-end machine offering a big tank and high outputs can soon start whittling down the options.

Chris Baylis, who manages the 3,500ha Sir Richard Sutton’s Settled Estates in northeast Lincolnshire, was on exactly that mission as he went looking for a large capacity machine to replace the farm’s Bateman RB25.

“The Bateman was closing in on our 5,000-hour/five year rotation policy,” says Mr Baylis. “But the major factor was our switch to 32m tramlines, an expanding area of liquid fertiliser application and some steep Wold land, which the previous machine wasn’t able to cope with.”

Without a high-capacity sprayer in its portfolio it meant Dorset-based Bateman couldn’t offer a machine to compete.

“It represented a big change for the farm because we’ve run a Bateman-dominated sprayer line-up since the first self-propelled machine arrived in 1986,” says Mr Baylis.

It wasn’t the end of the line for the farm’s Bateman relationship, though – still on-farm is a 2010 RB35 with 4,000 litre tank which takes care of 980ha further away from the farm base.

More from our: Driver’s View series

Three brands made the eventual shortlist – Agrifac, Challenger and Dammann – and all sent demo machines to spend a couple of days on the farm.

The main test involved some of the steep banks that formed part of the farm’s recently-acquired 240ha of Lincolnshire Wold land, which meant power and traction would be key.

Two Challenger Rogators – a 635 and a 655 – arrived first. The second of Richard Sutton’s Estates in Berkshire already had one, although it hadn’t been without its problems.

“The smaller one we tested came up a little short in the power department on the steep hills,” says Mr Baylis.

“The bigger one is a very good machine, but it weighed about 13t empty – a look at the suspension underneath tells you why – and it was just too much for our soils to have to cope with long term.”

The farm also tried out an Agrifac Condor and it impressed the team. However, it struggled with grip on the hilly land, which suggested the traction control system still needed a bit of work.

In many ways the underdog of the shortlist was the 5,000-litre, 32m Dammann DT2000. It’s a name still relatively unknown in the UK, but the lairy-liveried sprayers make up a big chunk of the German and Hungarian markets.

Chantry-Dammann, the UK importer for the sprayers, is based pretty locally to the farm in Scunthorpe, and it supplied a four-year-old demonstration machine.

“Although the demo sprayer had a few acres under its belt it was in immaculate condition and really encouraged us that it was well-made,” said Mr Baylis.

“Given that there are only three others running in the country, our only questions were over the service and the residual values when we come to sell it compared to the Bateman,” he says.

“But in the end we had no worries – the export market to mainland Europe is strong so we shouldn’t have too many problems shifting the second-hand machine on.”

The farm wasn’t shy in trawling the options list, either. It meant the sprayer arrived with 12-section auto-shut-off and auto switching between four different nozzle types depending on travel speed and pressure.

The air-operated nozzle switching has proved a big hit on the farm, particularly on the hilly ground where sprayer travel speed changes frequently. It means potential crop scorch can be avoided because the particular nozzles are only used within their working range.

Mr Baylis chose to spec a 260hp Mercedes engine to deal with the hills, rather than the standard 205hp lump. Also taken from the extras list were a 500-litres/min pump, auto boom height and tilt control and a rear view camera – an extra he’s glad they went for.

The sprayer arrived on farm in July 2013, so its first real work was over oilseed rape crops and it has now covered almost 6,000ha.

There have been a few hiccups since it arrived. In particular the wheel motors had to be beefed up because the sprayer didn’t charge up the hills like it had during the demo.

“The demo machine had a 24m boom, so it might have been the extra weight and imbalance that was causing the trouble, but Dammann has now sorted the problem,” says Mr Baylis.

“We’re generally pleased with its performance, though – the exhaust brake is great for going down hills and it’s comfortable to drive, which is handy given that the farm stretches 22 miles corner-to-corner,” he says.

However, the hydrostatic transmission came in for a bit of criticism for lacking feel compared with the old Bateman, and it means speed control is more difficult, according to Mr Baylis.

Boom levelling could be improved, too, he says. “It works well in straight lines, but is less effective once you make a headland turn and the inside boom travels backwards momentarily.”

“What we’d really like is to be able to return to a pre-set boom height once the nozzles are switched off,” he says.

It’s been an interesting experience, but next time Mr Baylis says they’d like to spend a bit more time in each of the demo sprayers before taking the plunge. 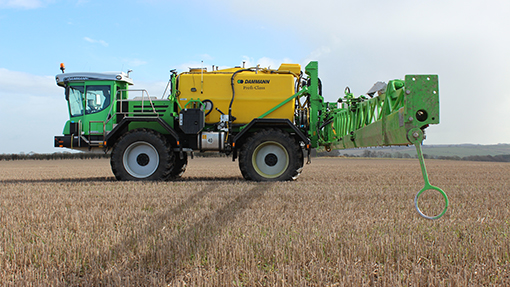 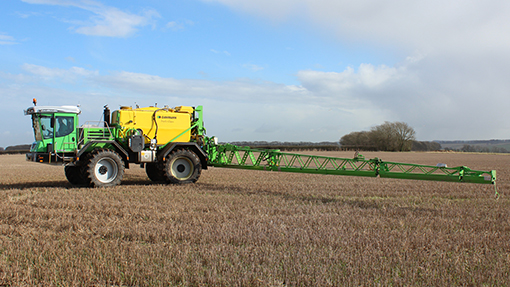 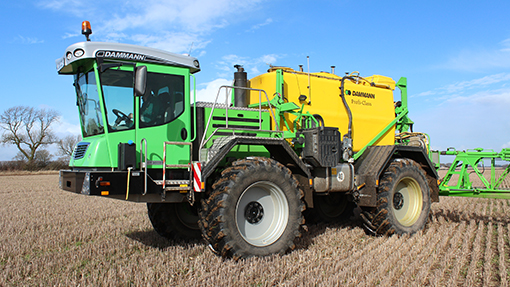 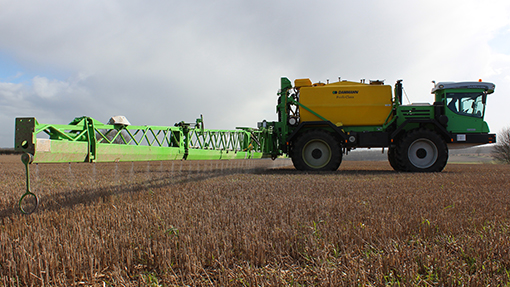 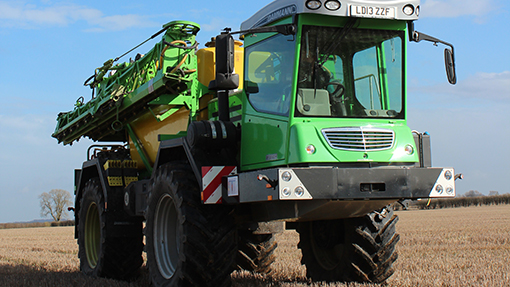 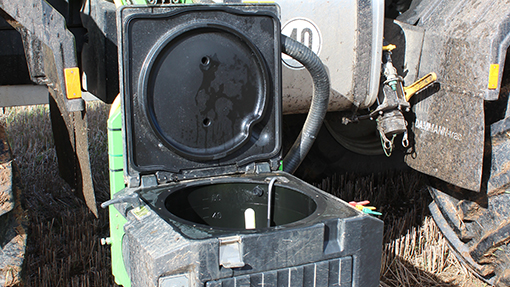 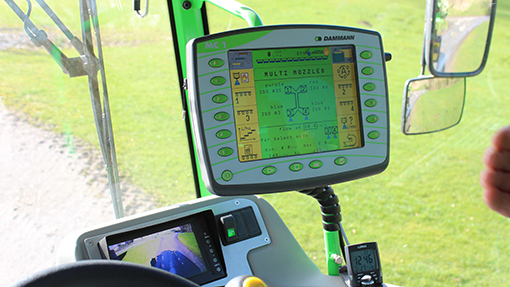 Herbert Dammann began designing and building sprayers to mount on a Unimog in the early 1960s near Hamburg, northern Germany. Since then the company has become a specialist in high capacity sprayers and a market leader in self-propelled machines in Germany and Hungary.

They’ve been imported to the UK by Chantry-Dammann since 2008 after contract sprayer RH Chantry decided to buy one for its 15,000ha/year business in north Lincolnshire. There are currently four self-propelled machines running across the country.