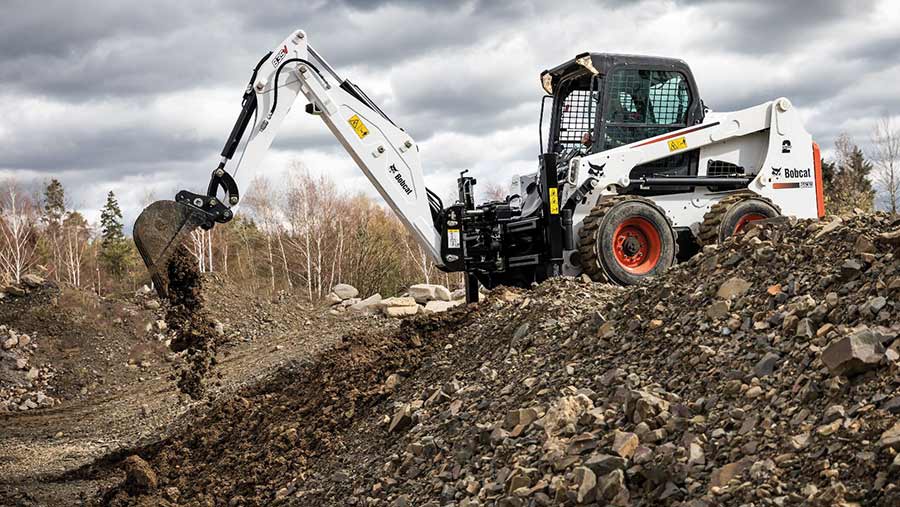 A lighter-weight backhoe digging arm has been added to Bobcat’s skidsteer and tracked loader attachment range to improve stability when in transport mode.

The new backhoe comes in four models – a brace of Standard arms (B32S and B35S) and two new Versatile units, B32V and B35V.

The latter get a double-acting auxiliary line for arm attachments such as breakers and augers.

The largest model in each range has a maximum digging depth of 3.3m and a reach of 4m, while all four connect to the skidsteer via a quick-change Bob-Tach mounting system.

“V” versions of the backhoe also get a Klac mechanical coupling system to speed up changes between grading, ditching and digging implements.

Elsewhere, Bobcat has launched a new R-series of compact loaders that includes two models in either skidsteer or compact track loader arrangements.

The S66 and S76 skidsteers, along with the T66 and T76 tracked versions, have longer wheelbases than their predecessors, and the higher spec of the R-series means many items previously classed as optional extras are now part of the standard package.

These extend to a two-speed transmission, high-flow hydraulics and selectable joystick controls that, when paired with the attachment control device, instantly recognise attachments and automatically configure the joystick to suit them.

All R-series loaders get a fully enclosed cab with heating and air conditioning, along with a 5in display offering detailed machine readouts and a video feed from the rear camera.

There is also the option of a 7in touchscreen with integrated radio and Bluetooth.

Prices are yet to be announced.