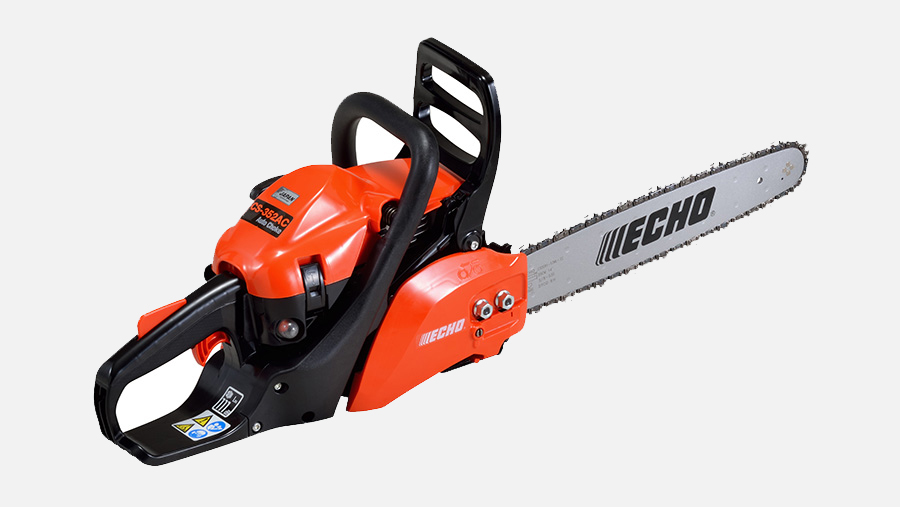 A new auto-choke chainsaw has been introduced by Echo in a bid to prevent flooding the engine when trying to fire it up on a cold morning.

The company claims that the CS-352AC rear-handled chainsaw is the world’s first auto choke chainsaw and requires only one pull to start, regardless of engine temperature.

Working from a solenoid valve on the engine’s carburettor, it controls the amount of fuel according to the engine’s temperature. It means that the usual part-choke and part-throttle starting combination is redundant.

The 34cc Echo two-stroke engine fires up on idle, so there is no over-revving when it sparks into life, either. The saw also has an anti-vibration system that apparently improves comfort while maintaining power.