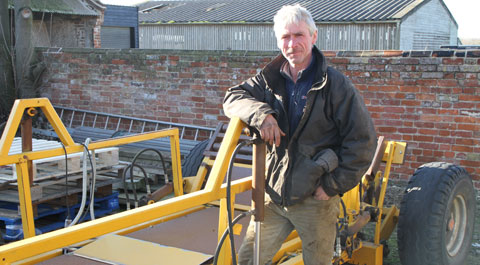 When it comes to farm workshops Paul Hayward is in his element – not just a place to change tractor oil and filters, he uses his workshop to develop and construct equipment which is used by his family’s outdoor pig enterprise.

Based at Campsea Ashe, Woodbridge, Suffolk, Mr Hayward and his brother Mark run a 200ha farm of which the 720 sows occupy about 40ha. With the progeny, which is taken on to pork, there are more than 8,500 pigs on the farm at any one time.

As for the rest of the farm, it is cereals and oilseed rape with the straw these crops yield considered to be as valuable as the grain produced. Used as bedding, the farm needs upwards of 9,000 round bales many of which are baled from straw purchased from neighbouring farm.

Workshop projects have included the construction of farrowing arks, gates, hurdles, a concrete mixer as a loader attachment and a round bale accumulator.

We have a workshop that’s large enough to put a tractor or an implement in and then shut the doors so it can be worked on with at least a degree of comfort in most weathers. 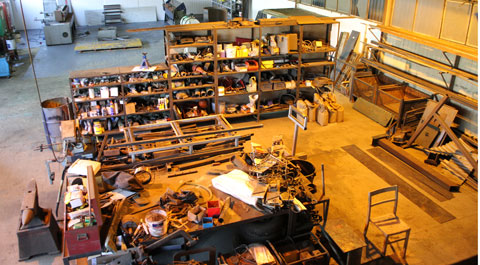 I go for the cheapest ones I can get my hands on. I have a full set of metric and imperial ring/open-ended spanners, but with nine people working on the farm they are always going missing. 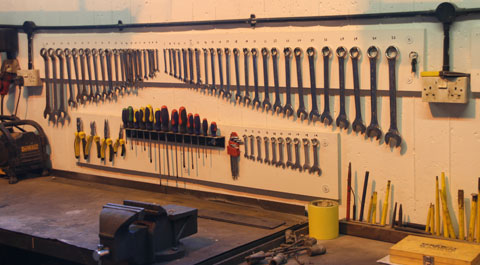 You name it we’ve broken it.

My current pride and joy is a second hand Morgan Rushworth 3-phase industrial guillotine, which can cut metal up to 2mm thick. I’m still installing it so I have yet to give it a try.

I bought it from a dealer in Sheffield at the same time as a 2mm hand sheet metal bender that I’ve just used to make a loader-mounted concrete mixer. I paid £3,000 for the pair.

Which drills do you use?

I’ve got a 3-phase Ajax pillar drill in the workshop and several cordless drills for using out and about. I’ve got DeWalt and Makita for tougher jobs and Riobi for general maintenance. The Riobis aren’t the best, but they’re cheap and OK for a few minutes use.

I have made quite a few things for the farm to use but last year, to help promote our pork meat business, I built a rotary barbecue, which could roast a large joint to cater for about 30 people.

Without doubt it was when I was making my first bale accumulator, which I attached to the baler as a rigid connection – and no caster wheels on the sledge. The stress it put on the rear axle of the baler and the accumulator frame was too much to last long and the bent remains now languish on the scrap heap.

It may seem relatively small scale but I could really do with a good quality bench vice – the one I use most has one of its grip pads which needs to be positioned each time you put something in the vice. 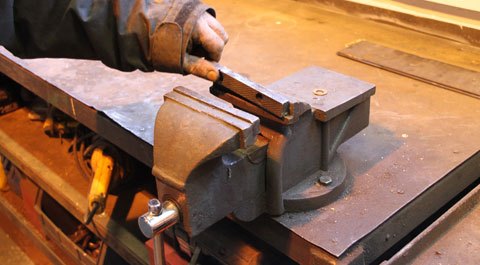 Do you service all your own kit?

Yes I think we can say that all the tractors and implements make their way into the workshop at some stage of the year either for servicing or repair. We try and keep to a service schedule with the tractors and we usually manage to make any running repairs ourselves.

Where do you get your materials from?

I normally use the services of a local buying group which can provide metal – either in set lengths or cut to the length I require. For spare parts I would usually approach my dealer unless it was something out of the ordinary.


Do you have an interesting workshop project? Contact Powers Farming’s editor James Andrews at james.andrews@rbi.co.uk