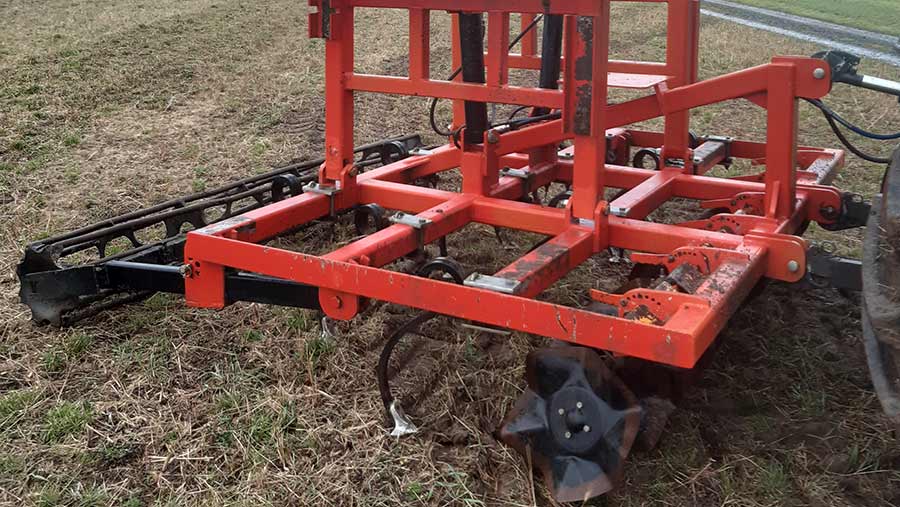 Built during the spring lockdown to fill the void of his drastically curtailed social life, he spent £5,000 on discs, arms and new metal for the frame, which he combined with a mix of parts he already had.

Up front it uses Vaderstad Crosscutter discs, which are followed by three staggered rows of pigtail tines fitted with 5in duckfoot points and a crumbler roller at the back.

It’s designed to work the top 25mm of soil and is used straight after the combine on oilseed rape stubbles, running at up to 20kph to mix trash, destroy slugs, chit weeds and leave a shallow tilth for the subsequent direct drilling of wheat.

It can also be employed to sow cover crops, where he fits a small APV seed unit on top of the cultivator to dribble the seed ahead of the rear roller. This means he can sow cover crops at up to 8ha/hour.

He mounts it on his Valtra T194 and says the RTK autosteer comes in handy keeping the rig running dead straight at 20kph.