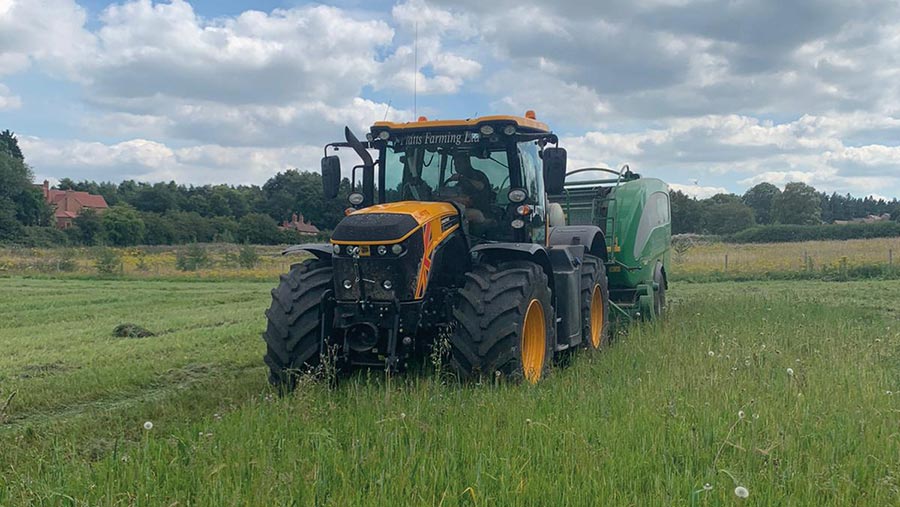 In a bid to make use of surplus grass from mowing butterfly meadows and sites of special scientific interest, Nottinghamshire contractor Mitch Platts built a single-pass mower, baler and wrapper combination.

Before creating the ingenious tool, cuttings from these sites were removed and dumped on a muck heap. But conscious that this was putting a credible feed source to waste, he decided to build a cost-effective tool for turning it into silage.

The starting point was a well-worked 2014 McHale Fusion 3 baler with a worn pick-up that he purchased for about £25,000 from a dealer in Wales.

He and his team removed the pick-up and grafted a 2.7m Spaldings/Concept flail mower in its place.

This required a number of modifications to the front end of the machine, including widening the augers and installing a new driveline to run them.

The Spaldings flail was welded to the front with braces up to the drawbar and they set about working out how to drive it – a job that was made trickier by the fact the baler is driven at 540rpm and the mower needs to run at 1,000rpm. 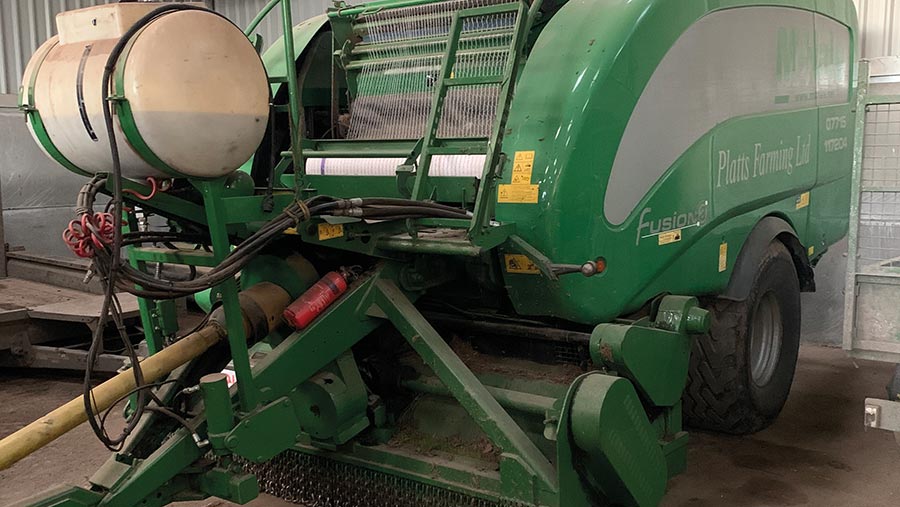 They settled on a belt drive from the pto to the flail mower gearbox and experimented with a number of pulleys and belts before they got the ratios spot on.

As the mower is fixed rigidly to the baler, cutting height is adjusted via a hydraulic ram on the drawbar.

The final element is a front tank with jets behind the flail mower, which allows them to add molasses to the crop before it goes into the chamber.

In use, the flail flicks the cut material straight into the intake augers, and according to Mr Platts, it feeds smoothly.

The chopper unit is still in place, but this is rarely used as it means more crop goes into each bale and they become too heavy. On average, the bales weigh about 1t without using the knives.

Working speeds of up to 8kph are possible, but it needs a good driver in the seat to judge the conditions and get the crop flow just right. The final part of the system is a Wilson round bale collector, which holds 12 at a time.

Mr Platts says the setup has improved productivity and provided a low-cost feed for livestock, for which he charges £10-£15/bale.