Time is running out to enter our annual Farm Inventions Competition and be in with a chance of winning one of nine cash prizes.

The total bounty across the three categories – simple, intermediate and complex – is £2,550 and the best of the entries will feature in Farmers Weekly magazine and online.

So, if you have built something simple, super-complicated or anything in-between, and it’s helped save time or money on the farm, then get in touch. Several of the entries from the last couple of years have subsequently been taken on by manufacturers, so it’s a great chance to get your invention in the shop window.

The process is simple – just send a few notes about what it is and how it works, a contact phone number, and a couple of pictures to oliver.mark@markallengroup.com 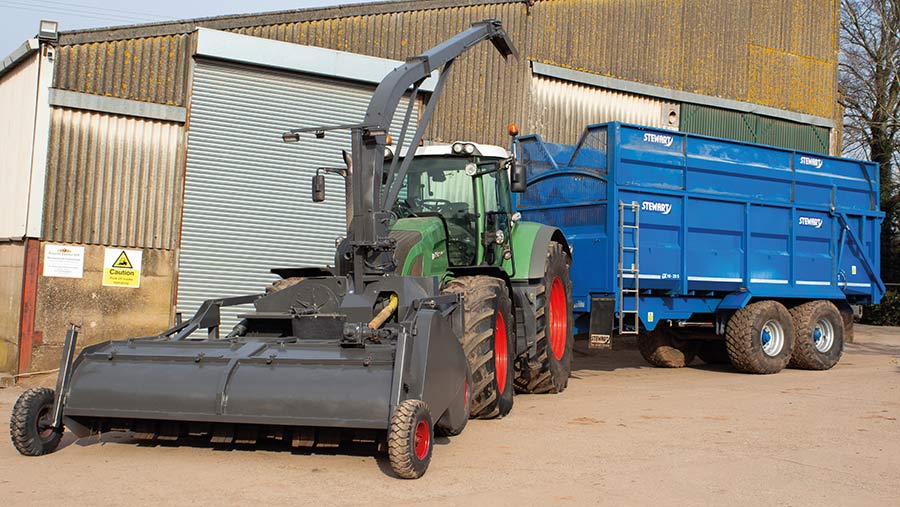 The main components are a Standen potato haulm topper, a Kverneland/Taarup 10X forager, and a set of potato harvester webs to carry material between the two.

The build involved chopping the pick-up and drawbar off the forager and fashioning a new driveline to run it. Two webs act as mergers to bring chopped crop to the centre of the machine and another set at 90deg sends it into the mouth of the forager.

The spout was also extended to blow material over the Fendt 930 and into an 18t Stewart silage trailer towed behind. 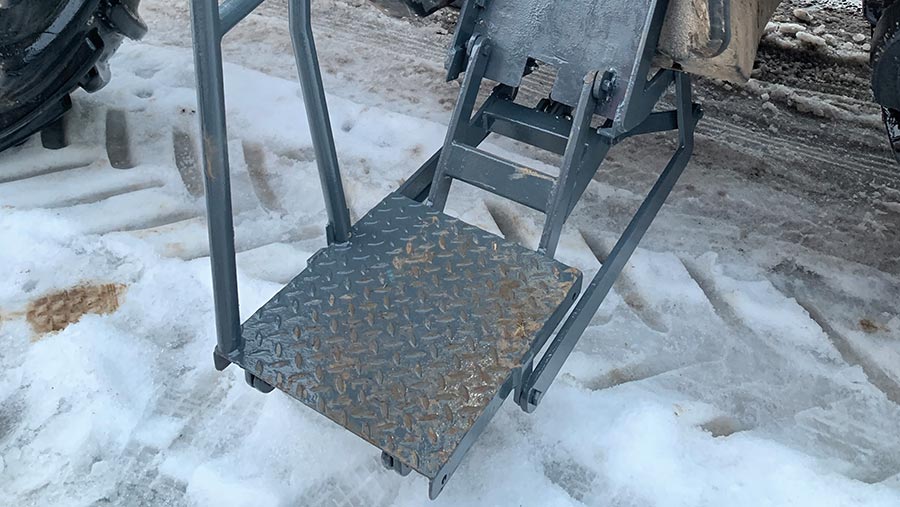 This runs a hydraulic pump neatly mounted at the base of the exhaust, moving the lift up and down when engaged by a two-way power pack on the platform.

The beauty of his design is that it requires no alterations to the tractor, so the steps can be refitted if the machine is sold. The platform also tucks neatly within the tractor’s footprint and allows the door to be opened and closed, no matter its position. 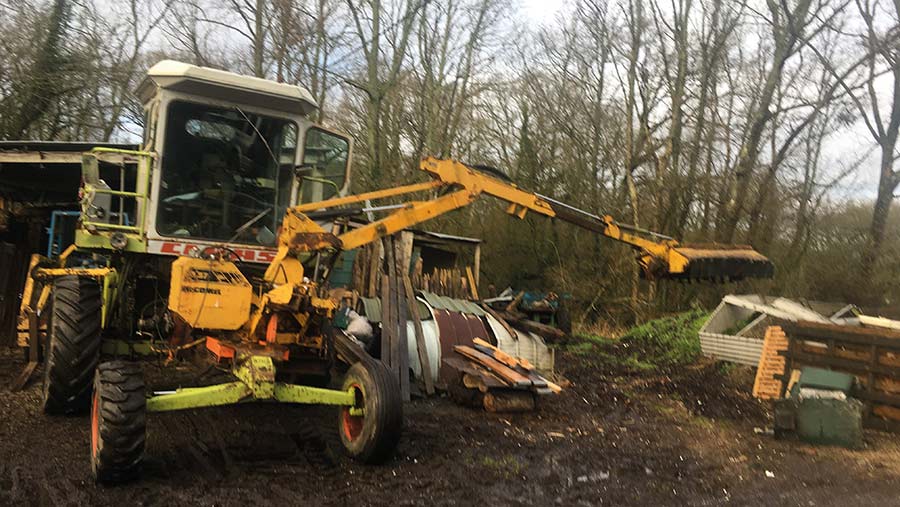 The original machine was butchered, with the threshing gear removed and a shorter chassis mounted ahead of the cab and 120hp Perkins engine.

This means the driver has a clear view of the McConnel PA97 hedgecutter and also saved any complicated changes to the transmission.

The combine’s threshing drum drive, which ran from a variable-speed pto, was used to power the hedgecutter via a new shaft and pulley arrangement. 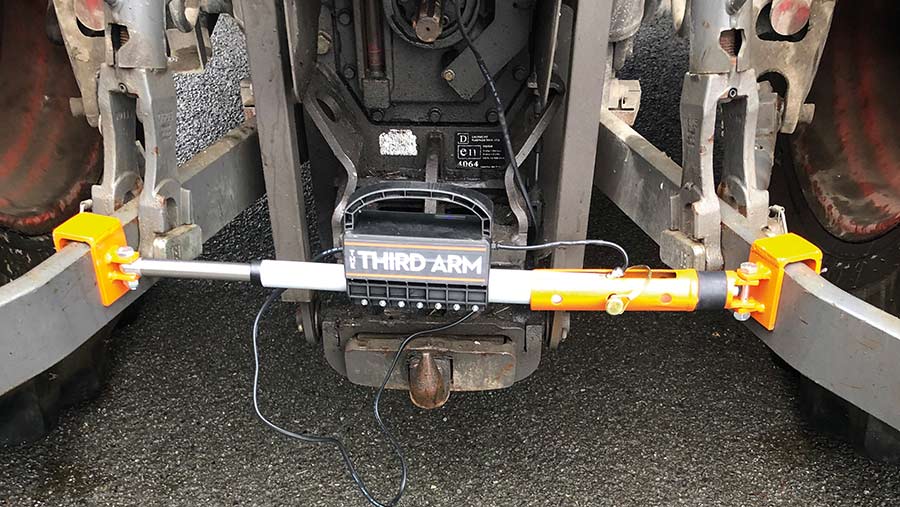 Beef and sheep farmer Philip Dickson came up with a neat gadget for remotely adjusting a tractor’s link-arm width when hooking up.

The so-called Third Arm tool drops over the link arms and has a linear actuator in the middle that shifts them from side to side to line up with the implement.

Power comes from the tractor’s auxiliary socket and it has a remote that means the operator can alter the width as they back up to the implement. 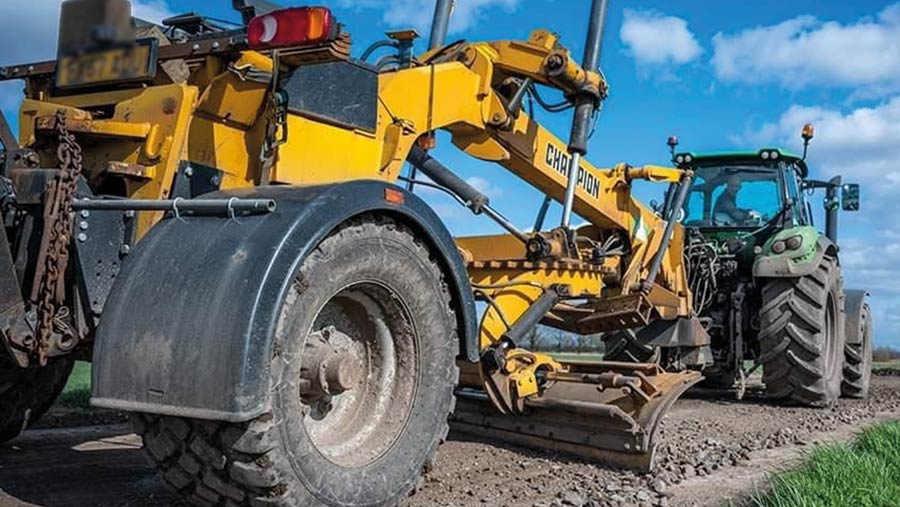 He kept the chassis, blade and hydraulic arms, then mounted an ADR commercial axle at the rear, and fitted a three-point linkage so he can carry additional weights or another implement.

A powerful magnet mounted on the front of the tractor picks up puncture-causing metal objects from the surface. 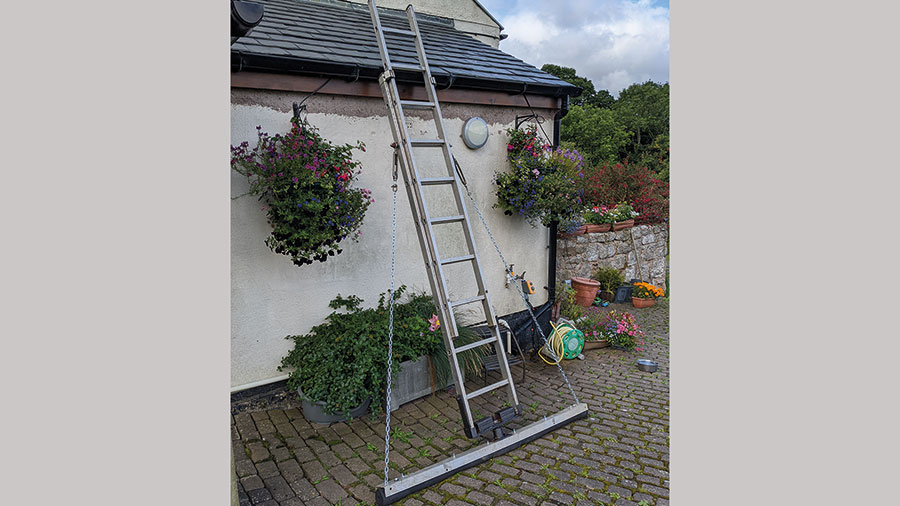 To achieve it, he attached an additional bottom rail to the base of the ladder, to which he fastened a ball hitch. This fits into a socket on the base plate and two stabilising chains that can be tightened to keep the ladder level and rigid.

The assembly can be adapted to ladders of different sizes by altering the lengths of the base plate and chains. 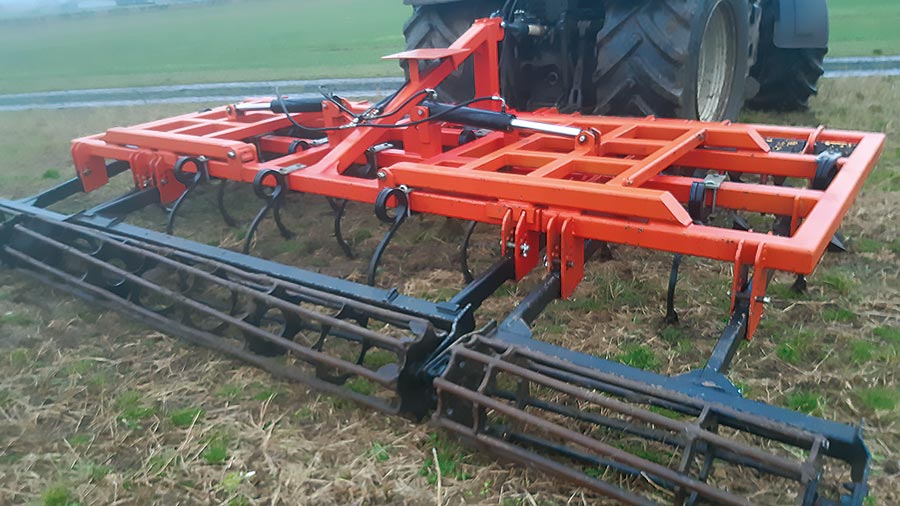 Up front it uses Vaderstad Crosscutter discs, which are followed by three staggered rows of pigtail tines fitted with 5in duckfoot points and a crumbler roller at the back.

It’s designed to work the top 25mm of soil and is used straight after the combine on oilseed rape stubbles. It can also be employed to sow cover crops, where he fits a small APV seed unit on top of the cultivator to dribble the seed ahead of the rear roller. 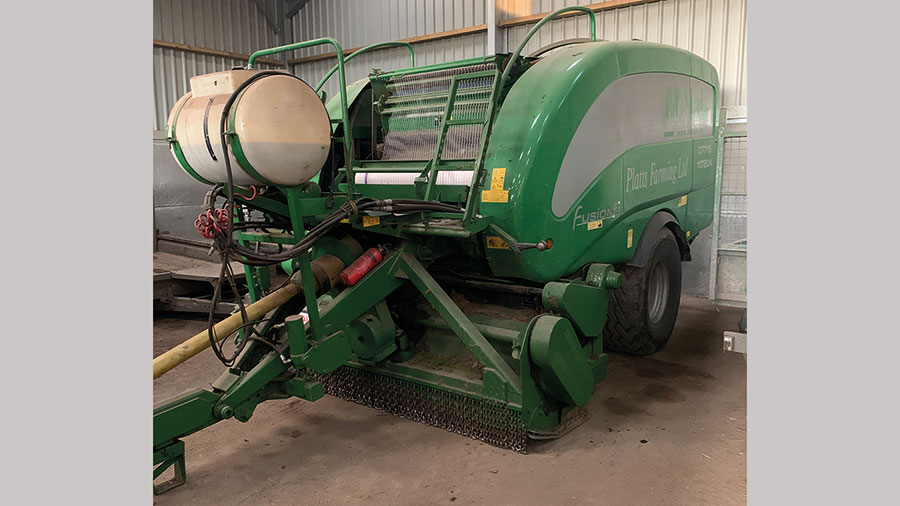 In a bid to make use of surplus grass from mowing butterfly meadows and sites of special scientific interest, Nottinghamshire contractor Mitch Platts built a single-pass mower, baler and wrapper combination.

It is based on a well-worked 2014 McHale Fusion 3 baler, from which he removed the pick-up and grafted a 2.7m Spaldings/Concept flail mower in its place.

This was fitted with wider augers and a new driveline, with a belt drive from the pto to the flail mower gearbox.

A front tank is plumbed to jets behind the mower, allowing him to add molasses to the crop before it goes into the chamber. 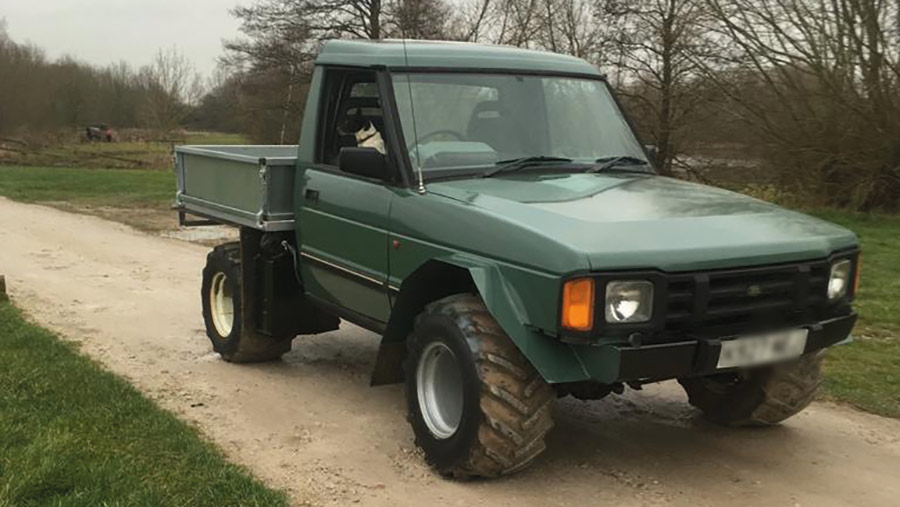 Charles Hibbert and his sons, Jack and Ted, took a scrap 200TDi Land Rover Discovery and turned it into a low-cost farm pickup for transporting round bales and fodder beat.

They fabricated their own cab back using the original tail door attached to a reinforced steel frame, then formed sheet steel corner sections to cover the gap between the doors and new back panel.

At the rear, they cut down the chassis and built a tipping rear body with sides and a tailgate from an Ifor Williams trailer. 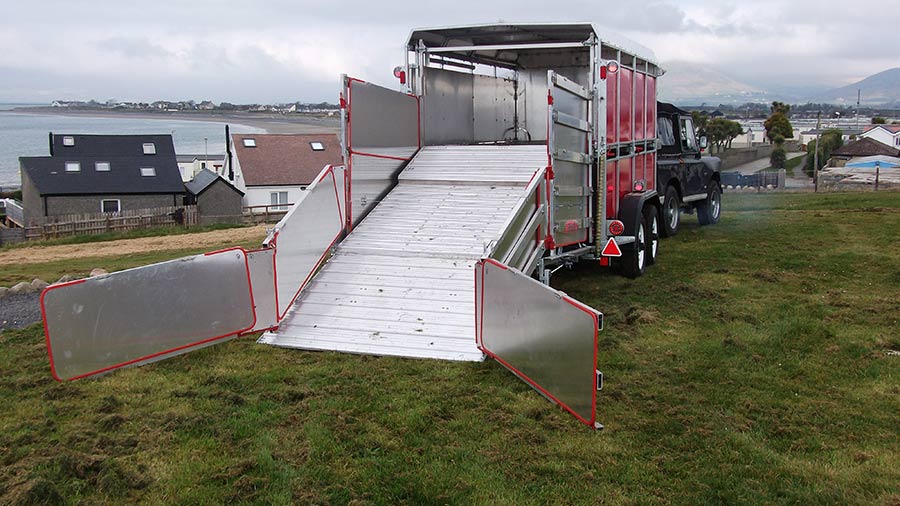 Seasoned inventor Cyril Patterson built an elaborate multi-use livestock trailer featuring a shallow tailgate that allows pigs to be loaded on to the top deck.

This automatically adjusts its pitch according to the ground level, keeping it at or below 20deg (the maximum gradient for pigs to ascend happily).

Crucially, the tailgate can be used without the fold-down legs and rear extension for fast loading of sheep and other stock that aren’t concerned about the slope of the ramp.

Finishing touches included having the entire chassis and frame galvanised and adding automotive vinyl wrap to the aluminium side panels. He also fitted a comprehensive set of LED lights.