One of this year’s most experienced entrants is 80-year-old Owen Wilks, who has developed a twin-axle fertiliser bogie to improve the application accuracy and reduce power requirements for his spreader.

In fact, he can now run his 3,000kg capacity Kuhn spreader with a tractor as small as 90hp, which has helped with soil compaction and fuel consumption. 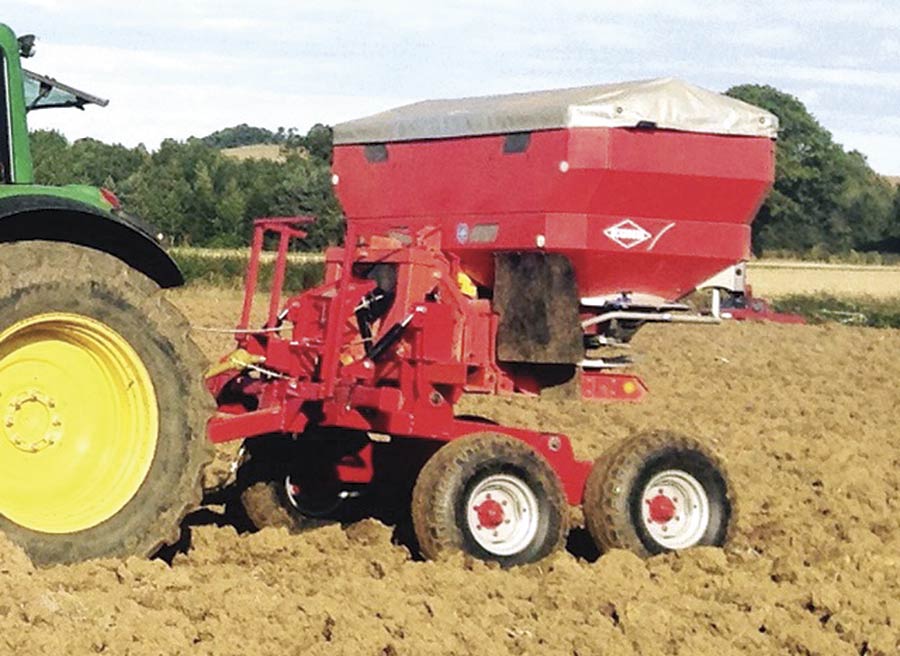 The system has been in development since 2011 and has undergone dozens of tweaks.

However, the basic principle is unchanged. The spreader mounts to a three-point linkage on the bogie, but there are hydraulic rams that allow it to pivot through 90deg.

This helps washing out and avoids caking the tractor in corrosive fertiliser.

In work, the spreader is locked in position by a pair of turnbuckles that allow for minor adjustments to its pitch.

Height can also be adjusted, and the 8ft long towbar means the operator no longer has to squeeze between the spreader and tractor tyre.

There’s a set of steps at the front, too, which provides far safer access to swinging bags.