Jonny Leech’s maize drill is runner-up in the complex category of the Farmers Weekly Inventions Competition.

A handful of UK growers have had a crack at building their own subsoiler-based maize drill, but what sets Mr Leech’s version apart from the rest is his ability to design and manufacture the plastic singulation components himself.

To do it, he bought a £175 3D printer that allowed him to trial dozens of designs of a vaccum-based singulation system, which he drew up on software package Solidworks.

After 15 prototype designs, he had a unit that performed to 99% singulation accuracy at 12kph, which was ample, given it would be mounted on a slow-moving subsoiler.

The impressive part is that it cost just £10/row to produce the metering system, versus off-the-shelf versions that are priced at closer to £500/row.

The end result – all made with plastic – uses a metering disc with a little plastic singulator tooth to knock off doubles. 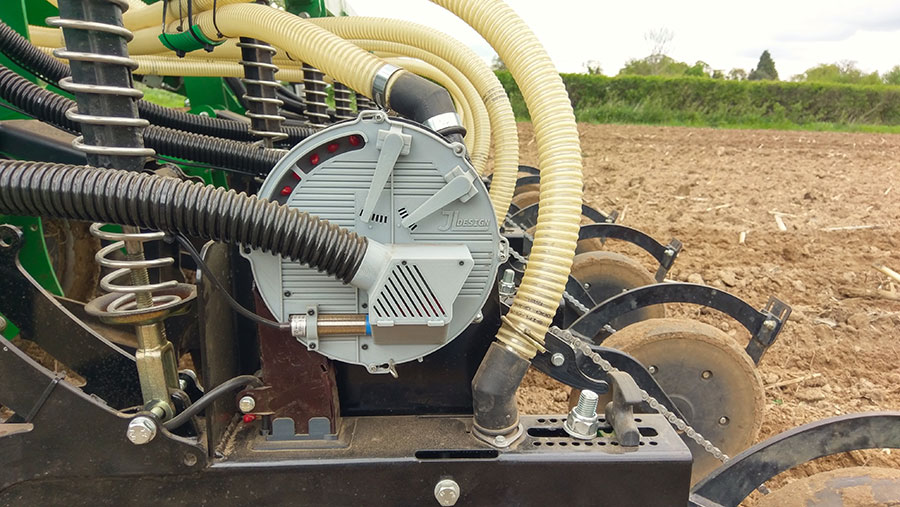 It is fed from a small seed pool mounted alongside the disc, which carries a proximity sensor that speaks to a cruder metering system further up the chain.

This regulates the amount of seed dropped into the seed pool and constantly flickers on and off as seeds arrive and depart, balancing the supply of seed with the demand of the singulator.

As the seed pool level drops below the sensor, a metering cup turns, dragging seed from the main hopper and into the airstream produced by the fan.

To keep things cheap and simple, each singulator unit has a chain-and-sprocket drive from the rear press wheels.

The driven side (nearest the ground) uses a stainless-steel sprocket, but the one at the other end of the bicycle chain is 3D-printed and made of plastic, which means Mr Leech can manufacture a stock of gear options to alter the sowing rate.

The whole lot mounts to a strip-till system in a 3m mounted chassis, incorporating a subsoiler leg. This method of establishment was deemed most suitable for the farm’s drought-prone soil and maize’s reputation for lazy rooting. 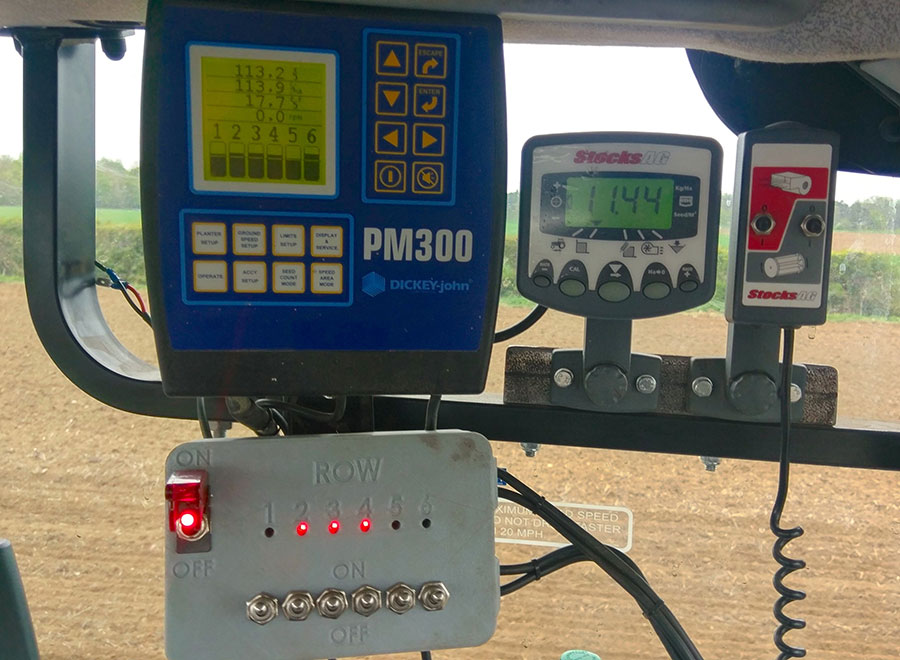 Star-shaped wheels trail each leg to flick trash from the rows and minimise the risk of hairpinning, and the packer element is made from old DD rings welded into pairs.

These close the slot behind the leg and keep the ground as flat as possible ahead of the seeding element.

The system uses adapted Great Plains Centurion double-disc assemblies and there are LED counting sensors halfway down each drop tube to monitor exactly what is going into the ground.

Mr Leech has also conducted trials drilling oilseed rape and is in the process of printing parts to singulate rapeseed.