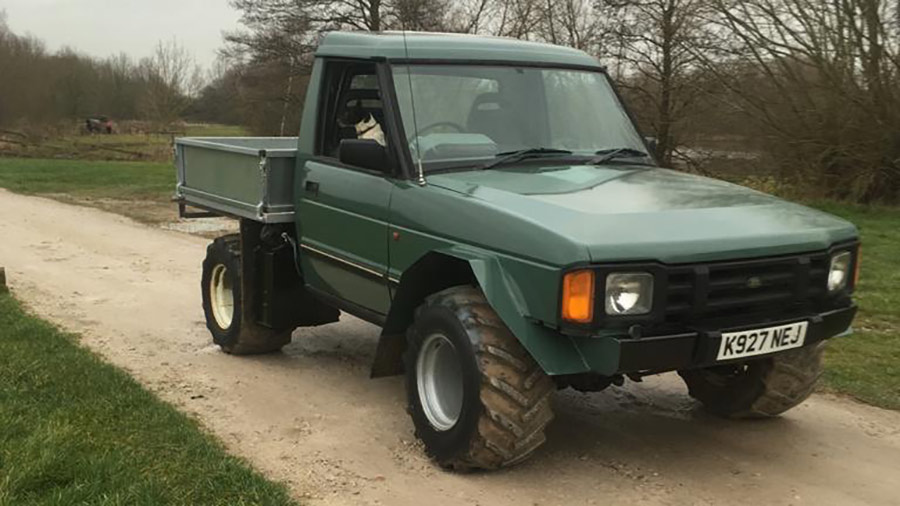 Charles Hibbert and his sons, Jack and Ted, took a scrap 200TDi Land Rover Discovery and turned it into a low-cost farm pickup for transporting round bales and fodder beat.

Rather than using a pickup conversion kit, they fabricated their own cab back using the original tail door attached to a reinforced steel frame.

They then formed sheet steel corner sections to cover the gap between the doors and new back panel.

At the rear, they cut down the chassis and built a tipping rear body with sides and a tailgate from an Ifor Williams trailer to hold the load in place. 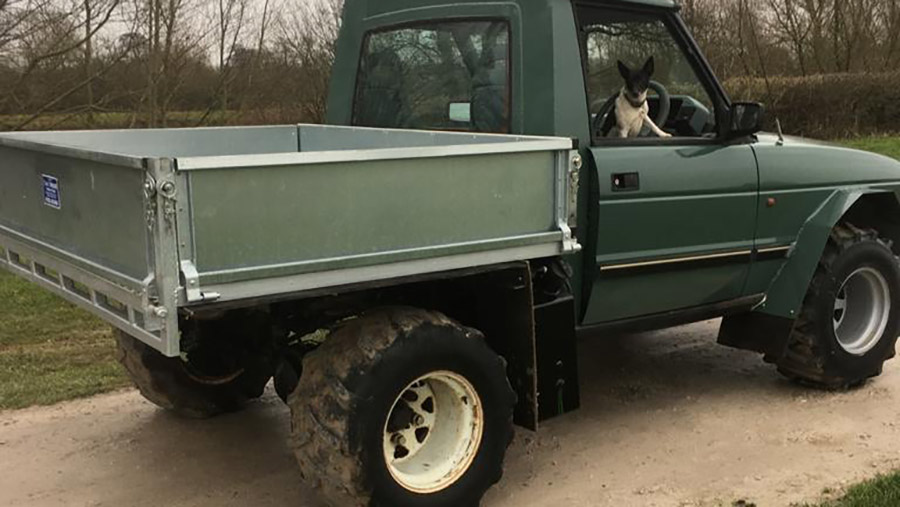 Cleverly, they put the pivot point near the centre of the body, so that when the catch is released, a round bale will exit with very little assistance.

To help it travel over wet ground, they modified the wheel arches and fitted flotation tyres from a Frazier Agribuggy that they picked up for £80.

The project took them four days to put together and the total cost was less than £600, including the donor vehicle.