A farm-designed cultivator for dealing with blackgrass problems won the top award in the Inventive Farmer Competition at this year’s Suffolk Show.

The annual competition, which attracts entries from across the eastern counties, is for machines and gadgets designed and built on the farm, usually with mainly recycled scrap materials.

This year’s winning entry in the new equipment category was the germinator/cultivator built on Andrew Fane’s 500ha Hoo House Farm at Woodbridge, Suffolk. 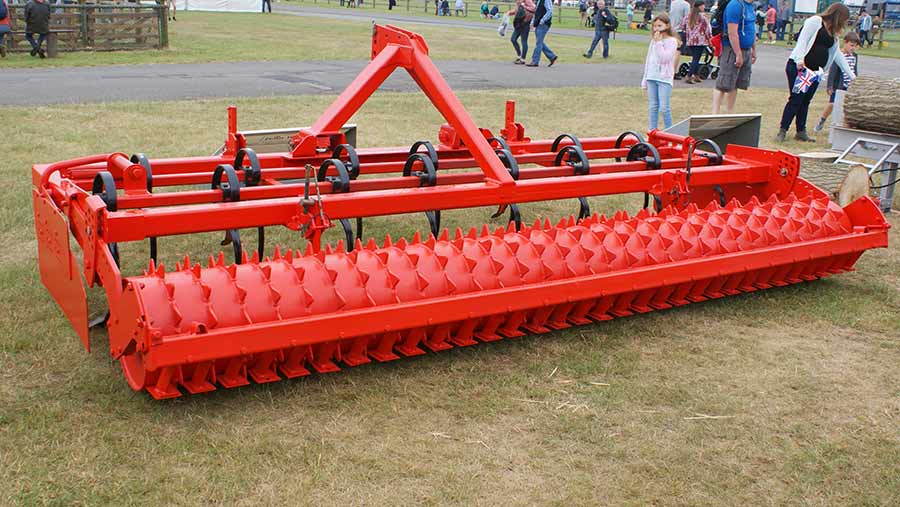 Designed to work in stubble, his cultivator encourages blackgrass and other weed seeds to germinate for subsequent chemical control.

The main frame was from a redundant power harrow and carries a pair of wheel-mark eradicating tines at the front followed by 15 heavy-duty spring tines arranged in two rows.

The rear of the frame has a levelling bar with height adjustment, followed by a heavy press roll at the rear.

Runner-up in the new equipment class was a grain pusher designed to operate at maximum reach while working on a small telehandler.

It was built from scrap materials on Andrew Gaught’s Manor Farm, Ashbocking, Suffolk, where it is used on a JCB 525 Loadall. 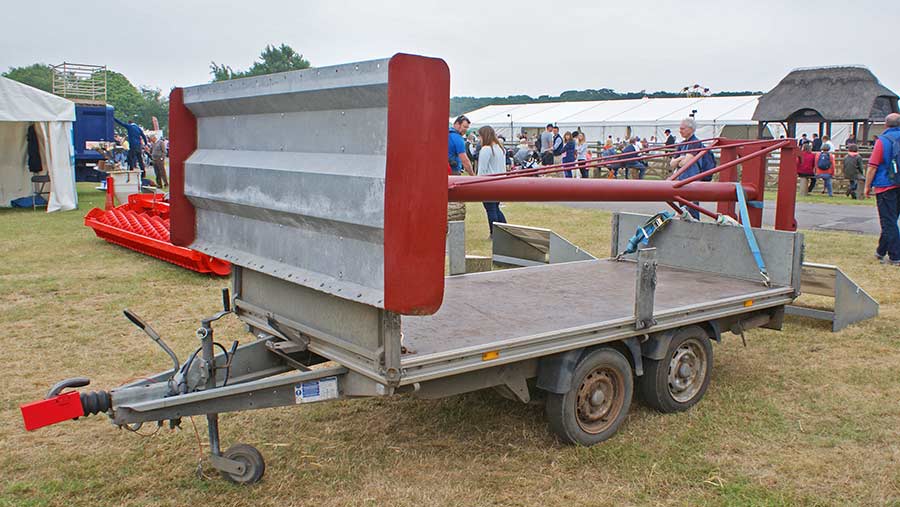 Special design features include a slim tubular main frame allowing the pushing head to operate among drying pedestals, and the pushing head is removable to allow the frame to be used on the telehandler as a lifting jib.

In the modifications section, the winning entry was a special grass seed sowing unit developed by Peter Knight for his contracting business based in Bury St Edmunds, Suffolk. 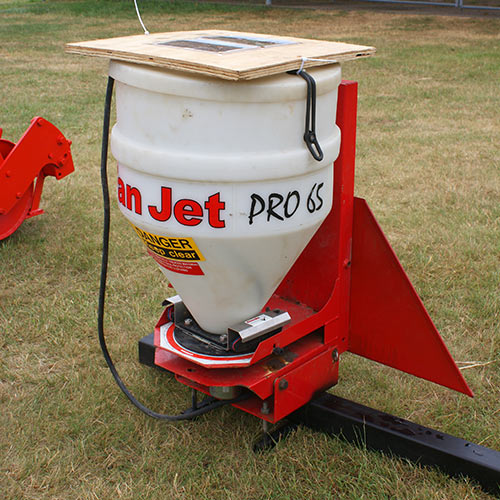 Designed for safety when sowing grass seed on a river bank, Peter Knight’s award-winning seeder can also be used for verges and seeding headland strips

Grass sowing and maintenance for amenity and agricultural use is a major part of Mr Knight’s operation, and he developed his modified seeding unit for a contract to sow seed along a river bank.

He used a standard Stocks Fan Jet Pro 65 applicator fitted with rear deflector plates and mounted on a rigid steel arm carrying the seeder up to 2 metres away from the side of the ATV or UTV. 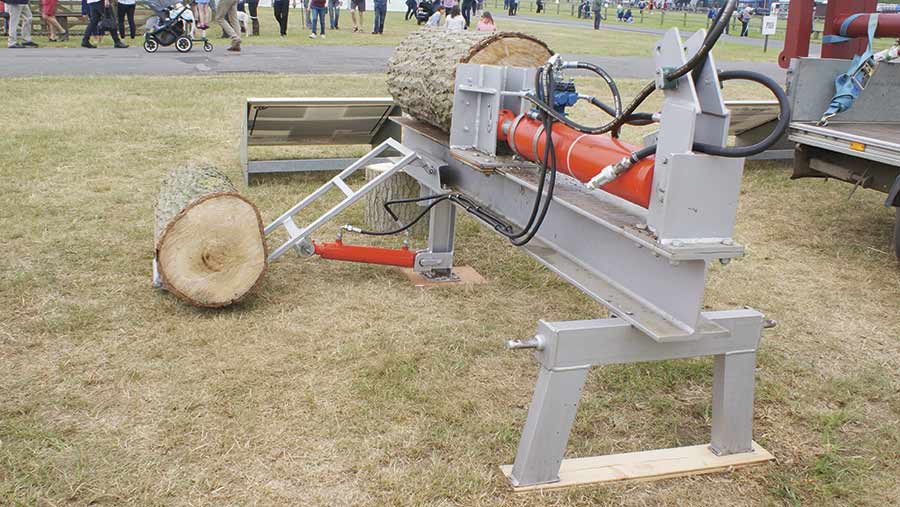 He entered his heavy-duty log splitter equipped with a hydraulic ram originally designed for use on a Caterpillar excavator. It is powered by a 1960 Fordson Dexta tractor.

Although the splitter can handle big logs, loading them on to the main frame manually was difficult.

To solve the loading problem Mr Beckett has attached a lifting frame to the main beam of the log splitter, powered hydraulically by the tractor.

With the frame lowered, the log is rolled into position and its weight automatically triggers a pair of catches that prevent the log rolling off the frame.

The frame then lifts the log into position ready for splitting.

Although it no longer qualified for the new equipment category in the competition, the new self-loading version of the log splitter was awarded second place in this year’s modifications class.

In the gadgets category a compact storage unit made entirely of recycled items took the top award.

Entered by Chris Templeman of Red House Farm, Witnesham, Suffolk, the main components were large diameter concave discs from a harrow that provided the three round shelves with a fourth disc used as the base.

The discs were originally serrated, Mr Templeman explained, but when the serrations became too worn to be effective, he decided to give the discs a new role as circular storage shelves for the corner of his workshop.

The circular shelves are free to rotate, and the top shelf is fitted with lengths of steel spiral from a pig feed auger to hold hammers and other workshop tools.