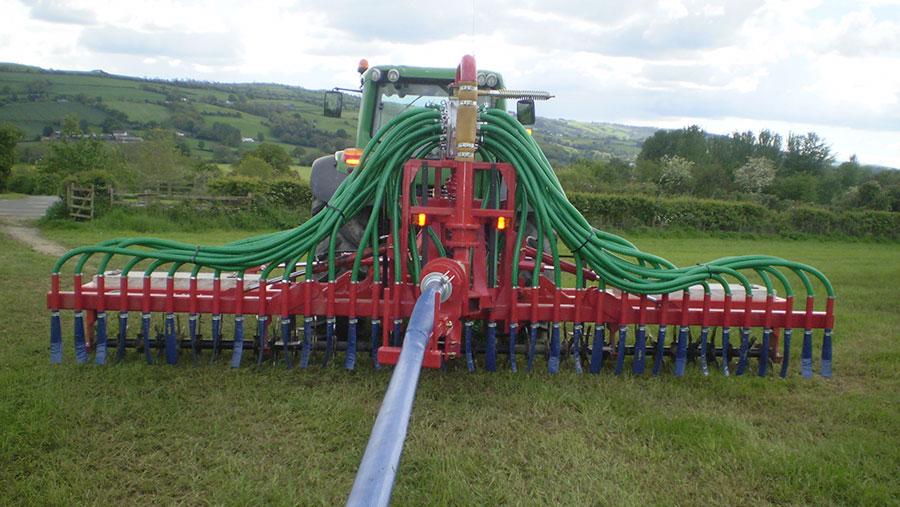 Following a number of customer requests to combine sward slitting and slurry application into a single operation, Powys contractor Mr Page came up with a custom dribble bar design.

His original attempt at combining the two processes involved mounting his Opico sward slitter on the front linkage and running with his 6m trailing shoe at the rear.

However, the sward slitter proved too hard for the tractor’s auto-steer system to overrule, so he went in search of another solution.

He initially looked for an off-the-shelf dribble bar, but none of these had the correct pipe spacing to line up with the slitter’s rotors.

Therefore, he set about making his own in the farm workshop. The starting point was to mount a three-point linkage on the slitter for the dribble bar to hang from.

The dribble bar frame was then constructed with a central section that carries a Vogelsang macerator and a telescopic towing arm for the umbilical pipe. 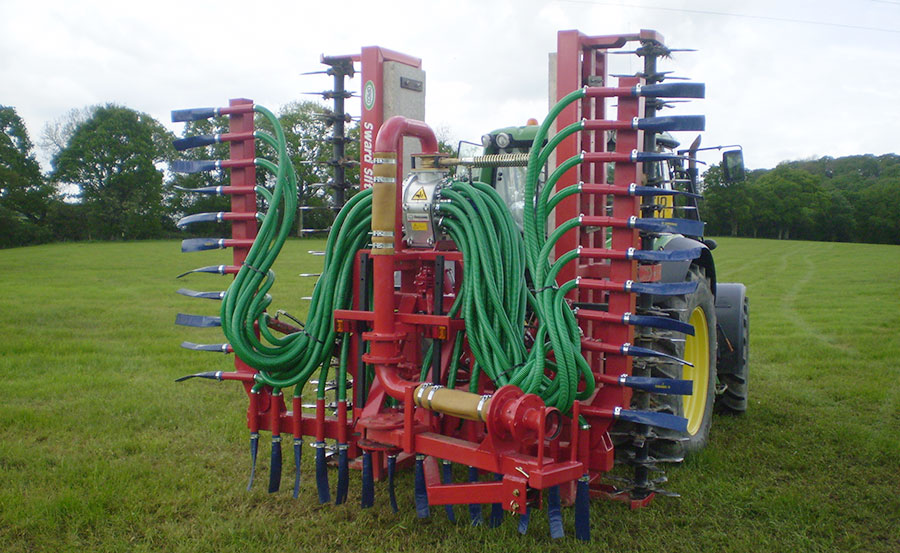 This is designed to push the pipe out of the way during headland turns and has a drop-down foot for gathering it up at the end of the job.

The pipe outlets are mounted off box-section wings on both sides and these fold hydraulically with the frame of the slitter.

According to Mr Page, this was the trickiest part of the build to get right, as there was so much pipework to deal with. 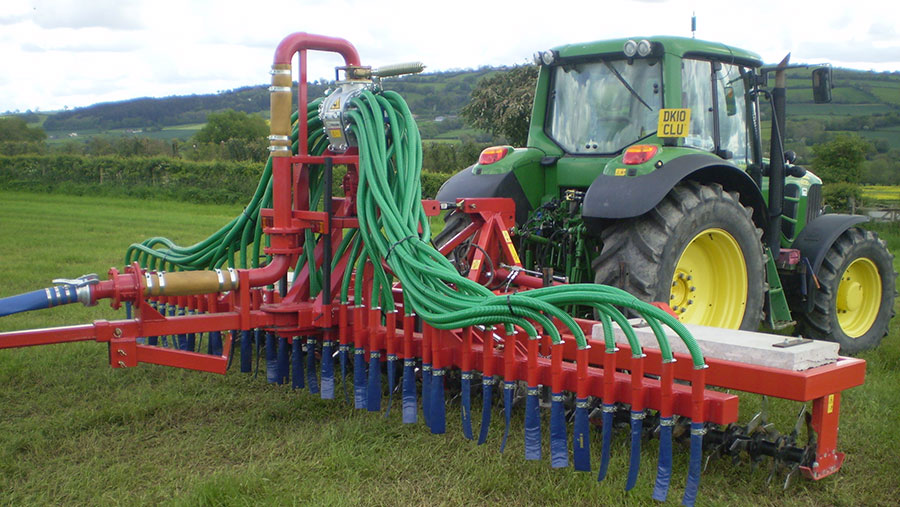 No changes have been made to the design since then and about 60% of Mr Page’s umbilical work is now carried out with it. The rest is split between trailing shoe and splash plate.