Mr Kinston, a dairy farmer from Burton on Trent, is doing his calf feeding milk rounds in an old Land Rover Discovery 1 300Tdi, thanks to a neat conversion job. 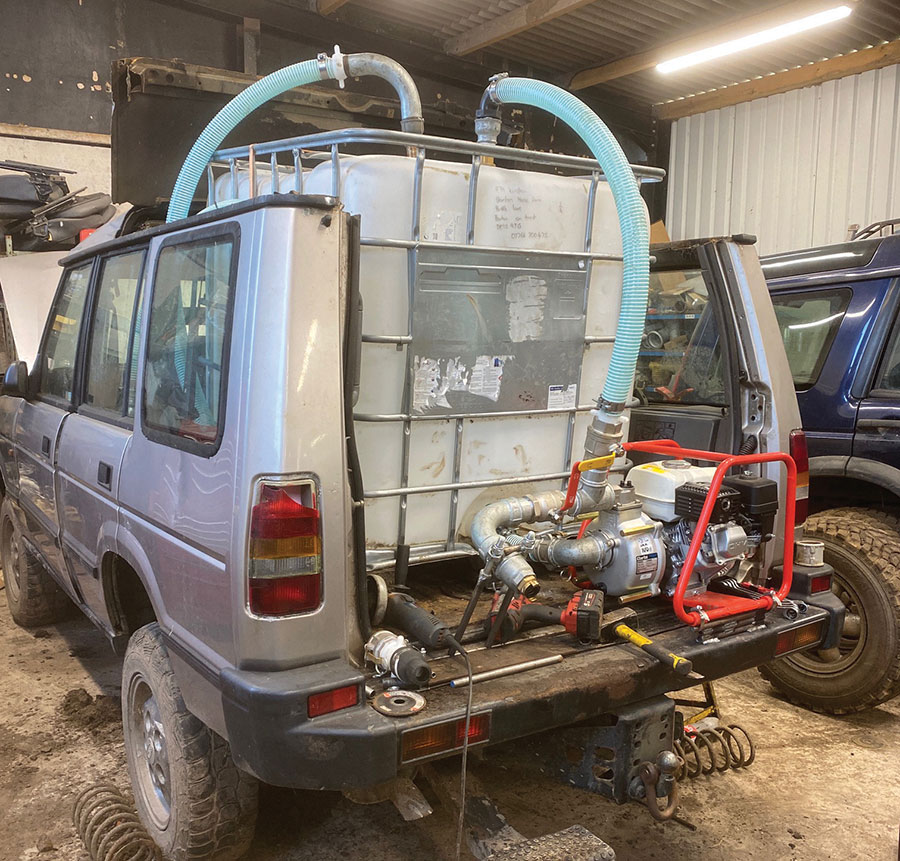 Having to keep up to 400 outdoor-hutched calves fed and watered at peak times – often totalling 5,000 litres/day – meant he was constantly shuttling out to the fields with his old Manitou loader and IBC, before bucketing the milk to bottles mounted on individual pens.

However, as a Land Rover hoarder with as many as six SORN Discos, he figured he could come up with a way of making one work a bit harder.

A 156,000-mile, manual-gearboxed specimen was selected and he started by butchering the bodywork with a plasma cutter and angle grinder, hacking off the back door, a large chunk of the roof and patches of rotten floor.

He then fitted Defender 130 high-capacity springs to the rear, over which he mounted channel iron cross members to stiffen up the frame and carry most of the IBC’s weight.

The front, too, had longer springs to raise the ride height by roughly 20cm and leave enough space for the chunky wheels, repurposed from an Agri Buggy sprayer.

The biggest expense was a new pump with a little Honda engine, which cost him £300 from Machine Mart.

This can either circulate the system or fire liquid out along the hose line. At the end of the 25m pipe, Mr Kinston fitted a petrol pump-style gun, making it easy to fill the single bottles on each hutch along a 50m stretch.

For most of the plumbing, he used spraying-style 5cm quick-coupling connectors, which means he can fill up with water from the farm’s bulk tank when watering down milk for the older calves.

It can also be coupled up to the milking parlour’s acid and alkaline hot wash, which he runs through the tank to keep it clean.