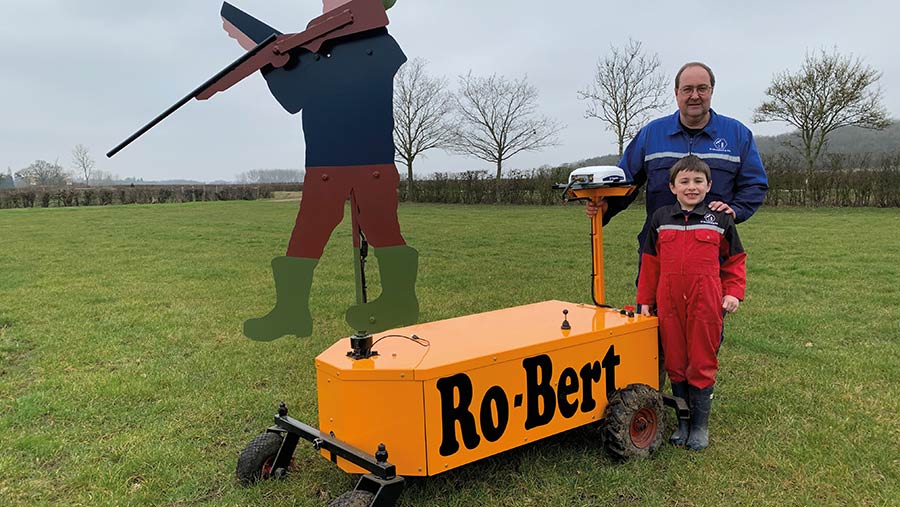 A clever bird-scaring robot capable of roving oilseed rape fields autonomously to keep them pigeon-free has been developed by Cambridgeshire farmer Will Mumford.

Mr Mumford, who also owns guidance specialist AS Communications, came up with the idea together with Mark Leaman at Niab.

The pair concluded that using a constantly moving deterrent would be more effective than stationary gas guns or kites.

The eight-week project to build the “Ro-Bert” began in Mr Mumford’s farm workshop over Christmas to give him and his eight-year-old son, Robert, a break from the tedium of lockdown.

They made a frame from 40x40mm box section and used a large combine battery to power two 12V, 400w motors – one for each of the driven wheels. 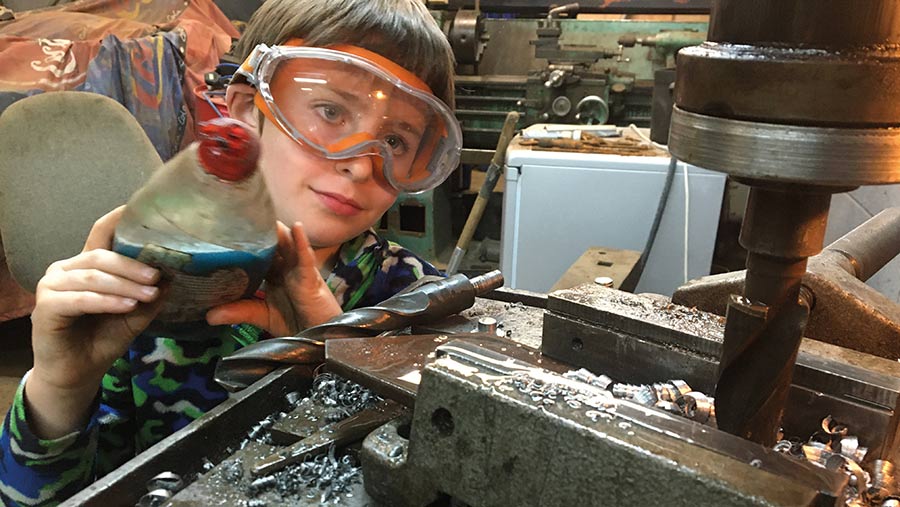 Eight-year-old Robert Mumford helped with the build © Will Mumford

The differential steering system is akin to that of a rape swather and the wheels were a £30 buy from eBay, having started life on a rotavator.

Autonomy comes by way of a spare Trimble receiver – one of the perks of running a precision-farming company – which Mr Mumford paired with an Arduino computer.

This was selected for its many inputs and outputs that would allow multiple operations to be performed, but the open-source software required a fair bit of work to programme, he says.

In practice, the machine’s daylight sensor fires up the GPS unit, initiating the robot to move around the field via a series of pre-programmed waypoints.

As a bit of fun, the figure of a man mounted on the top of Ro-Bert lifts his gun for visual effect, before lowering it and moving to the next point. The whole lot then shuts down when darkness falls.

Mr Mumford toyed with adding a bang as well, but decided not to overcomplicate his first attempt.

However he says the small computer offers a raft of possibilities, including programming Ro-Bert to make its way to the headland an hour before the sprayer arrives or negotiate gateways to reach neighbouring fields.

Mr Mumford reckons it cost £400 to build, excluding the GPS kit. He has been surprised with how well it worked on his 40ha of oilseed rape – so much so that he has had to move it to another field.