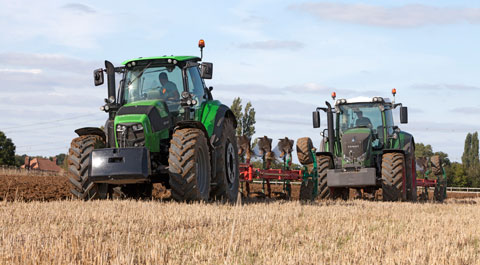 There’s nothing new in Fendt’s approach – it’s still a driver’s tractor. Buy the tractor, send the driver on a course and you stand a good chance of getting the best out of man and machine. If you want something more versatile and easier for a team of people to hop on and drive then we reckon the Deutz is worth a punt. Clear and simple, it has pretty much everything you’ll need. It’s a lot cheaper too.

Fendt has long been the Mohammed Ali of CVT tractors. Despite a wealth of worthy rivals it has ruled the heavyweight division for over a decade and nearly always comes out on top in our multi-tractor tests.

Surprisingly enough, Deutz has been churning out stepless tractors for almost as long. Fendt’s version of a CVT went into production in 1995 and Deutz-Fahr’s followed just six years later, but it’s fair to say the two have gone about things slightly differently since then.

While Fendt, and most of the other big boys, has been stuffing its tractors with steroids to up the output, Deutz has loitered rather unenthusiastically around the mid-sized power bracket like an unambitious 17 year-old. Its school report would probably read “could try harder”.

But times change quickly – last year saw the Agrotron 6 and 7-series launched, the bigger 340hp 9-series is set to appear at next month’s Agritechnica and we should see the 440hp 11-series in production in a couple of years time.

So for this month, at least, the 7-series remains Deutz-Fahr’s ﬂagship. And what better to pit it against than the tractor that accounts for 98% of Fendt’s 800-series sales – the 828? 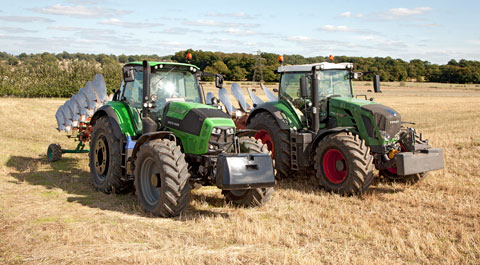 There’s plenty of common ground in the powerplant department. Deutz (the engine division) provides both tractors with a 6.1-litre six-pot and both use SCR (AdBlue) to get a grip of emissions.

But while the apple green version kicks out 238hp (and an extra 25hp with boost), the motor in the Fendt is tuned to deliver 287hp at full bore.

Despite being a few ponies short in the power stakes Deutz has the edge when it comes to programming the engine and gearbox. Fine-tuning the Fendt requires a certain level of digital dexterity – a hunt through the TMS section of the screen will ﬁnd most of the functions you’ll need including engine droop, rev range and min/max crankshaft speeds. All very well, if you know where you’re going.

The Deutz designers have gone about things a bit differently and have stuck with dials to control the key stuff. We’re big fans of the simple Eco/Power dial which sets the amount revs can rise and fall before transmission ratios alter. In Eco it is limited to between 1,000rpm and 1,600rpm while at full Power they can climb to 2,100rpm.

Adjustments appear clearly on a screen that would put any footballer’s TV to shame. Provided by GPS specialist, Topcon, it’s is easily worked out and twiddling any particular knob instantly brings up the settings you are altering on the homepage.

It’s the same story when it comes to setting engine droop in pto mode. While you’ve got to apply GCSE maths skills to tweak the Fendt’s percentage ﬁgure accurately, the Deutz is adjusted in actual engine speeds from 50-400rpm.

Both also have engine cruise modes in pto or manual mode, but again we’d opt for the simple press-and-hold system of the Deutz over Fendt’s more complicated screen-reliant arrangement.

Deutz uses a four-range ZF stepless box. In theory this should be the more efficient design – it has four mechanical points across the entire speed range, so you have more of an opportunity to find yourself working at the point where mechanical drive accounts for the majority of power transfer.

Fendt’s box, on the other hand, has two ranges. The drive at lower speeds is predominantly hydrostatic, so power losses are higher and the fan has to work harder to keep things cool.

Fendt’s version is certainly the smoother on the road and in the ﬁeld – the Deutz seems to yoyo up and down the rev range rather than settling on a steady engine speed.

Love ‘em or loathe ‘em, both have two forwards cruise speeds. You can engage the Fendt’s by thumbing a joystick button and then knocking the stick right, but on-the-move adjustments can only be done through the screen. Disengaging the cruise by stomping on the throttle is slick and should avoid any whiplash claims.

In the Deutz the cruise system is more basic. You can’t override the set speed, it merely adjusts the setting, but you can tweak it on the move through a scroll wheel on the back of the handgrip that handles all the tractor functions. Disengagement of the cruise comes with a bit more of a thud, too.

It comes down to personal preference in the shuttle department. Deutz, again, keeps it simple with a big, carrot-like, column-mounted shifter. Fendt’s feeble ﬂicker is too small to use, so you have no choice but to control directional changes on the joystick.

It’s more eager, even with both shuttles set to maximum responsiveness, but neutral can only be found on the bank of armrest buttons.

One feature we were expecting to dislike was the Deutz’s electric handbrake but we were wrong. There’s nothing to it – it engages when you come to a halt and releases with a dab of the throttle without the driver even having to lift a ﬁnger.

Going by the spec sheet the Deutz is just over 1t short of the Fendt’s 11.1t lift capacity, but more than matches its rival in hydraulic output.

But when you come to automating hydraulic functions in headland management the Deutz came up short.

The company has since extended the time limit for functions from seven to 14 seconds, but it’s also more difficult to programme than the Fendt and, unless you know what you’re doing, reassigning the spools isn’t particularly intuitive.

Any combination of Italian ﬂair and German engineering sounds like a recipe for success. A knife has been taken to the tinwork and we reckon the Deutz shares a certain loveableness with Del Boy’s lairy-lime-coloured Ford Capri.

There have been vast improvements inside, too, where trim and material quality beat the Fendt in places, although light-coloured plastics do have a habit of picking up the dirt.

Deutz has had to put up with the Fisher Price jibes relating to its cab colour coding for a good few years now, but it’s actually pretty useful. Everything that affects engine and transmission functions is orange, linkage green and hydraulics blue.

It does fall short in the storage department, though. It has a handy phone holder on the pillar but there’s nothing to rival the Fendt’s one-size-ﬁts-all bottle holder, nor the natty cubbies to hide chocolate bars.

Fendt wins on accessibility, too. A steady climb into a big square cab is a better bet than Deutz’s small, bubble-shaped affair.

The steering wheel/dash doesn’t fold up high enough either, but we prefer it to the Fendt’s steering-wheel-only pivot that means, in its most comfortable position, the wheel blocks the view to the direction indicators. 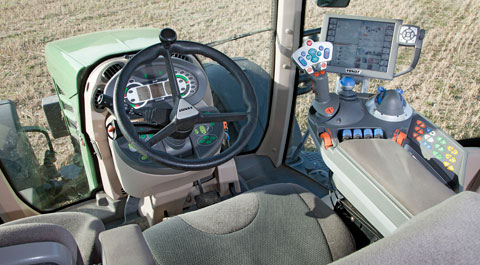 Fendt’s square cab is quiet, has plenty of space and is easy to hop in and out of 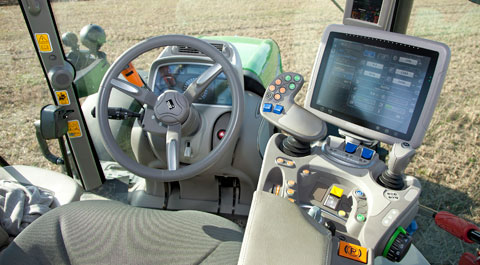 The Fendt’s power advantage obviously gave it the edge when it came to out-and-out grunt. It also had a couple of extra functions, including a quick steer feature to reduce the number of turns of the wheel from lock-to-lock (although it’s now standard on Deutz tractors, too). And the Deutz performed well, if a little noisily.

One thing that Fendt – and the Germans in general – are big on is the ability to programme any function onto any button. That means that, while the Deutz has three brightly labelled buttons for linkage raise, lower and stop, the Fendt has no designated linkage controls on the joystick.

All the controls need assigning to the generic Go and End buttons – we’d sooner have them pre-programmed so that you know where you’re at.

That theme continues throughout the tractors. While Fendt overcomplicates things with blister buttons rather than dials to control air-con, the Deutz follows more conventional tractor designs. 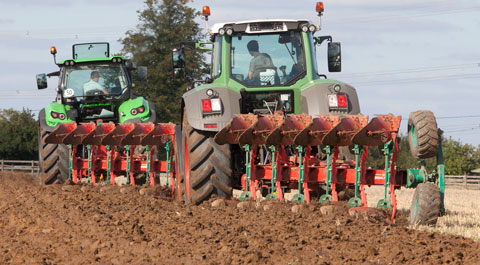 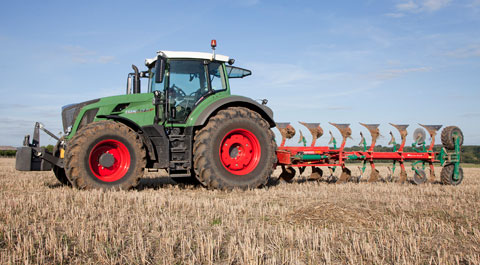 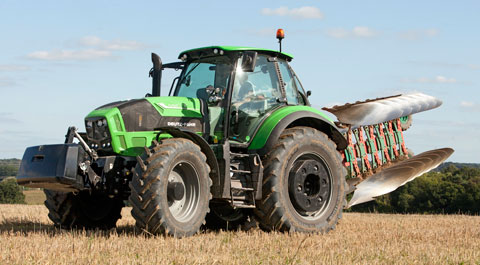