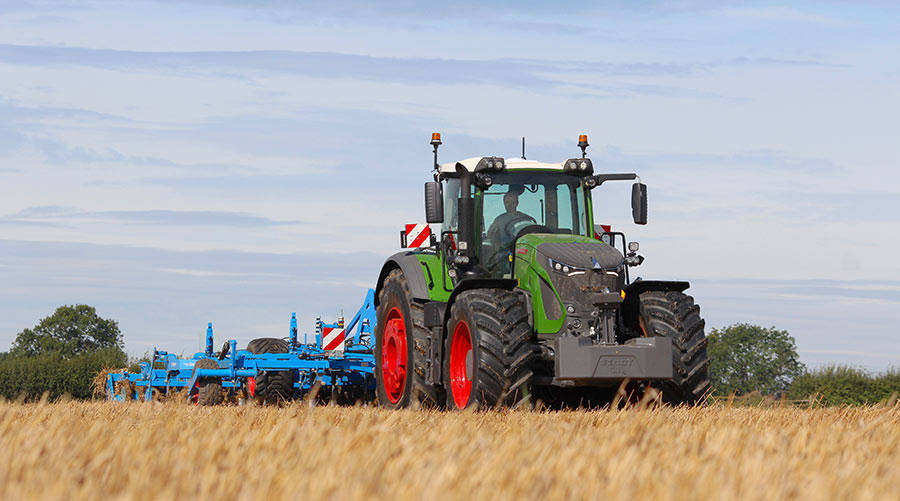 Fendt has spent the past decade tightening its grip on the high-horsepower tractor market, to the point that it now claims one-third of all new tractor sales above 200hp.

But while some makers have upped their share by giving competitors a shoo-in on price, the German brand has managed to claw in the customers without hacking huge chunks off its profits.

It’s done so by staying unreservedly high end, with the promise that decent resale values will make the cost of ownership less scary than expected.

However, that policy will be put firmly to the test with the maker’s new 900-series, which as well as breaking the 400hp barrier for the first time, has a starting price north of £300,000.

That’s a lot of money, but buyers aren’t being palmed off with a tarted-up version of the old model. Instead, Fendt’s engineers have taken much of the technology from the larger 1000 series and squeezed it into a more compact package.

As a result, the old (and sometimes troublesome) Deutz engine has been ditched in favour of a larger and lower-revving MAN truck engine. The two-speed Vario transmission has been swapped too, replaced by a single-range Variodrive setup that puts an end to static range changes.

Cleverly, the engineers have managed to shoehorn this heavier-duty equipment into a package that’s roughly the size of the old model. However, unladen weight has increased by about 1t, it sits a little taller and has a slightly longer wheelbase. The overall length and width are roughly the same, though.

Sensibly, Fendt has decided to keep the range to five models, which means the introduction of the 942 has pushed the old 927 off the bottom of the list.

It’s little wonder, as buyers tend not to go for the smaller models and the 939 has consistently been the biggest seller. Similar reasoning suggests the 942 will likely dominate now.

To find out what the changes mean for buyers and operators, we got behind the wheel of one of the 14 942s that have made it into the UK so far.

This was a top-spec Profi Plus model (the most common spec for tractors of this size) and came with most of the usual add-ons including a Variogrip tyre-inflation system.

What does the engine change mean?

The move from Deutz to MAN power is one of the most noticeable changes for operators, as it has such a big effect on the driving characteristics.

But the 9-litre MAN manages to trump both those figures without having to break sweat. Peak torque of 1,970Nm is now reached at just 1,100rpm and it’ll hang on to it until 1,550rpm.

For those that like to hear an engine bark, this will be a little disconcerting and there will no doubt be a temptation to reach for the hand throttle. However, those going in search of more revs will soon find that it tops out at a sedate 1,700rpm, by which point it’ll no longer be performing at its best.

As for power, that sits at 415hp and there’s no added confusion of a boost function to bring in extra muscle for transport and pto work.

The block itself has come straight out of MAN’s truck line-up and the only major modification to make it suitable for a tractor was to fit a structural sump. Fendt is using the same unit throughout the five-model range and it is detuned to 296hp in the smallest 930 model.

How does the transmission work?

The transmission is another big change, with the old ML260 two-range CVT being dropped in favour of the Variodrive system used in the 1000.

Crucially, this has a single range, meaning drivers don’t have to worry about stopping to perform a static change when switching from field to road mode.

The Variodrive system also does away with a traditional switchable four-wheel system. Instead, the tractor has separate hydraulic motors to distribute drive to the front and rear axles.

These work through an automatic four-wheel clutch, which distributes power between the front and rear axles to find grip. This results in a similar effect to a traction control system in a car, where it hunts around to find the best traction and sends the power to the wheels that have the most.

For example, if the front wheels start to slip, the four-wheel clutch closes, sending power to the rear. Likewise, if the rears then start to lose traction, torque will be returned to the front.

An added benefit is that the system allows the front wheels to turn at a faster speed than the rears. On the headlands, this means the front wheels effectively pull the tractor round the corner, reducing the turning circle by 10%.

At speeds below 25kph, the tractor is effectively in permanent on-demand four-wheel drive, but once the speed increases above that number, the front hydraulic motor disengages. 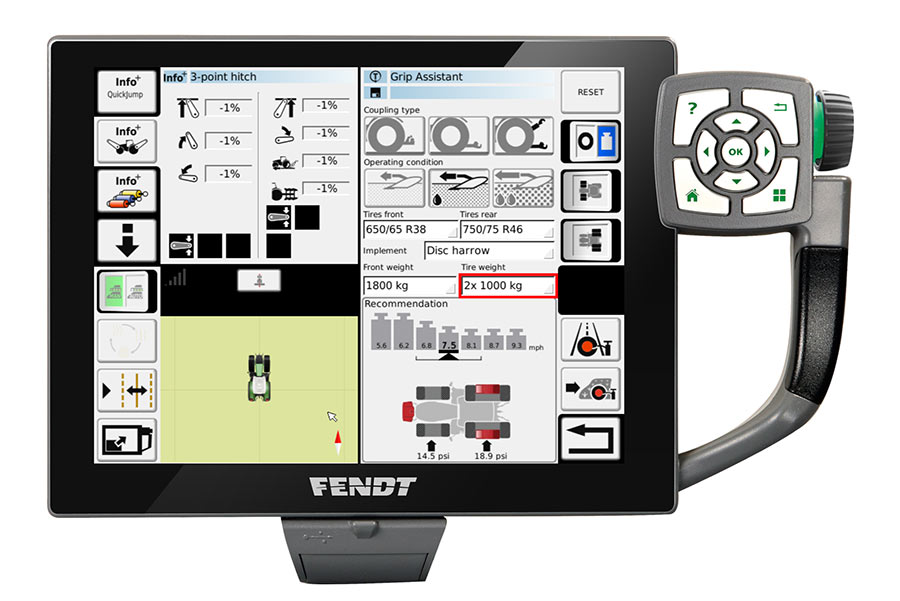 Another system that’s filtered down from the 1000-series is an option called Grip Assist, which works in conjunction with the firm’s tyre-inflation system. This helps operators set the correct tyre pressures and choose the most suitable ballast for the job in hand.

During our test run pulling a 6m Lemken Karat 12 cultivator with 1t wheel weights and a 1.8t front weight, it suggested a front tyre pressure of 0.9bar and rear of 1.1bar.

If there’s no option of altering the ballast, it will instead give suggestions for tyre pressure and working speed.

There’s no doubt it’s useful for getting the most out of the tractor, but it is just a software add-on in the screen, so it seems a bit of a swizz that there’s an extra charge for it.

Is the cab any different? 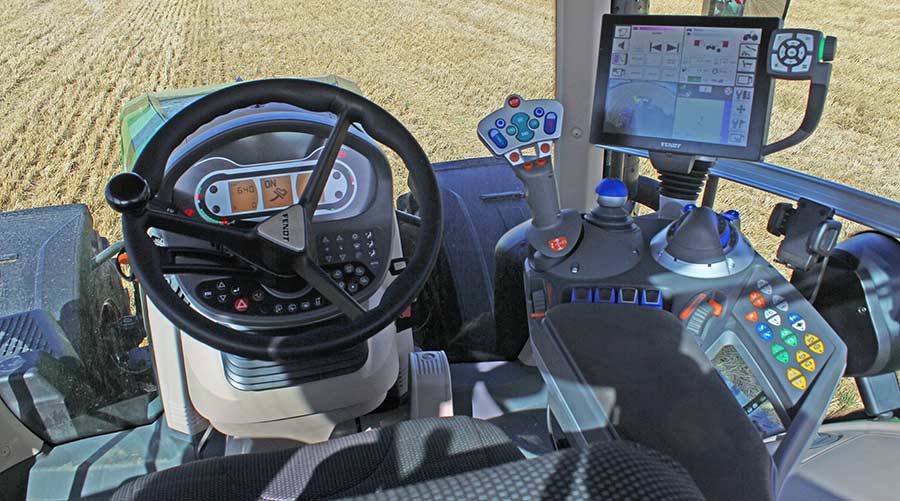 The cab is lifted straight from the 1000 series and offers better visibility and easier access than the one used in the old 939.

However, the interior and most of the controls are near identical. That means there’s no sign of the recently announced Fendt One cab refresh, which is going to be rolled out on the 300 and 700 series.

Instead, it will be introduced in a few years time, when the 900 is due a bit of a refresh. We don’t have a problem with the current setup – it’s more than adequate – but the Varioterminal display is beginning to look a little dated compared with some of the competition’s offerings.

Those customers that like to have the latest and greatest might also feel a little duped that the smaller, lower-priced models are running higher-end equipment. 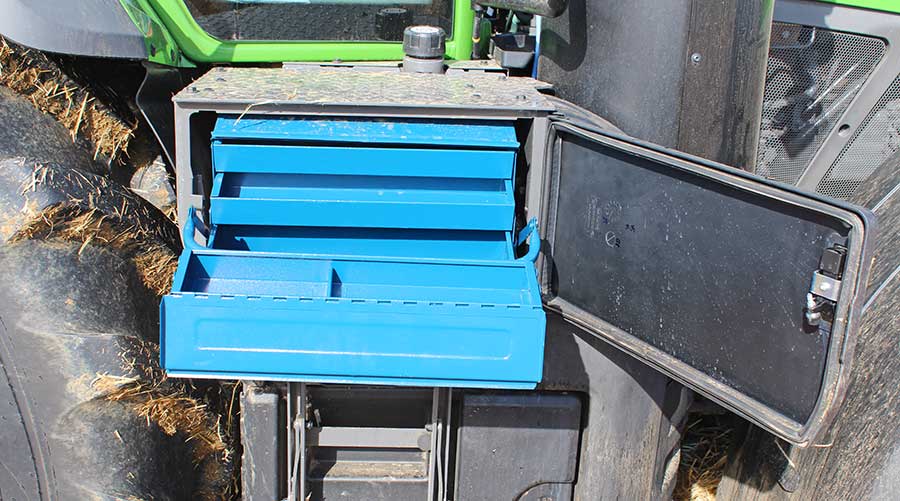 However, a change that will appeal to many operators is the fact that a new decent-sized toolbox has been integrated into the right-hand steps.

What about the linkage and hydraulics?

Like most other areas of the machine, Fendt has given the new 900s a bit more lifting and hydraulic capacity than the old models.

Hydraulics are now offered in a modular setup with the option of a 165-litre load-sensing pump or a 220-litre/min one. Buyers can also spec a 430-litre/min high-performance setup that uses two pumps running separate circuits.

Is it expensive to run?

No tractor of this size is ever going to be cheap to run, but Fendt has done some work to make the costs a little more manageable.

This includes offering a warranty of up to eight years and 8,000 hours (which will come at extra cost) and upping the service intervals from 500 hours to 1,000 hours.

The low-revving nature of the engine means fuel use should also be more efficient relative to output. However, to meet stricter emissions regulations, AdBlue use has gone up slightly to about 8%.

Fendt tractors in the UK

Fendt has slowly been clawing its way up the UK tractor sales chart and it has had particular success in the 200hp plus market.

Most of that is down to the 700-series (particularly the 724), which accounts for more than half of its sales.

The 800 and 900 series are also big sellers, while the 1000-series and MT crawlers – like all other high-horsepower tractors – shift in fairly low numbers.

But it’s the firm’s influence in the lower horsepower bracket that is yet to take off, and that’s where it falls behind some of the competition.

Currently, Fendt is sitting fifth in the official sales chart with a 7.2% market share, putting it behind Case-IH, New Holland, Massey Ferguson and the perennial top dog, John Deere.

That’s undoubtedly because there is less demand for continuously variable transmissions in lower horsepower brackets and the premium prices are a little harder for smaller farmers to stomach.

However, it’s an area that the maker is clearly going to be targeting next.