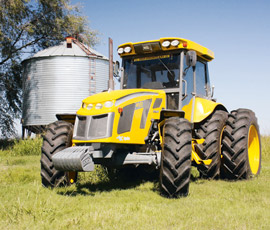 Our series on farm machinery around the world has returned due to popular demand. Nick Fone looks at the Argentinean ag equipment industry

Q: How many tractors do Argentine farmers buy each year?

A: Last year 6,500 tractors were sold in Argentina. As a means of comparison, in neighbouring Brazil that figure is closer to 40,000 (although their farmed area is three times the size).

The reason for the low figure is the widespread use of direct-drilling and the subsequent reduction in machinery needs. Tractor use is reckoned to have dropped by 60% under zero-tillage regimes and 99% of Argentina’s arable land now falls under this cut-price practice.

Q: How much do farmers pay for diesel?

Q: Is there an annual tractor road safety test (MOT)?

Q: What is the most popular size of tractor?

A: 150hp 4wd. Again power requirement is relatively low with direct-drilling, even for broadacre kit. 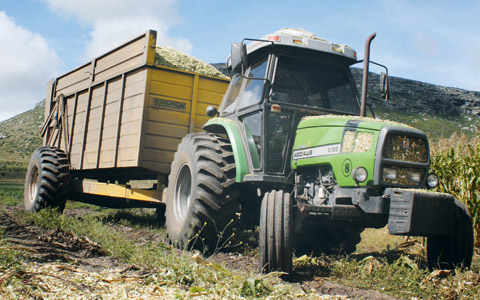 Q: What are the most popular tractor makes?

Q: What % of machinery is imported and how much is made in Argentina?

A: More than 40% is imported, particularly combines and tractors.

Q: Does Argentina export much machinery?

A: In 2010 ag machinery worth 260m dollars was exported. Most was direct drills, self-propelled sprayers and ag-baggers.

Q: What makes would we have heard of in Europe?

A: Pauny is the country’s biggest home-grown tractor brand and makes occasional appearances at European farm machinery shows. Bertini direct-drills are sold in the UK by Cambridgeshire farmer Robert Bruce (Stirtloe Enterprises) and Juri planters are marketed in Europe by Techmagri alongside Cestari chaser-bins.

Combine maker Vassalli signed a joint venture agreement with Same Deutz Fahr in 2008 to start building a range of high output rotary harvesters but those machines are still being tested in European conditions.

Argentine firm Metalfor manufactures a vast range of kit including combines and small tractors plus self-propelled and trailed sprayers, a number of which the company says it has sold into central Europe and Australia.

Q: How many machines do each of the big brands make and sell?

* John Deere has a third of the Argentinean tractor market and 42% of combines. Last year that equated to a total of 1,242 tractors and 531 harvesters. The company also sold 27 of its German-built foragers.

Deere has had a factory in the country since 1958 mainly making engines for its tractors, combines, irrigation pumps and generators built in neighbouring Brazil.

Later this year the company will start assembly of tractors and combines in a new plant in Argentina.

In Argentina CNH builds combines in both blue and red as well as small-scale tractors for the domestic market. The Fiat-owned giant has just invested in two new plants which will expand the company’s manufacturing in the country to include Case Puma tractors and NH T7s up to 220hp as well as draper combine headers and Fiat Powertrain engines.

Claas doesn’t market its tractors in South America but sells 180 German-built combines and 80 forage harvesters each year in Argentina. It also has a factory making sunflower headers for sales worldwide plus soya bean and wheat cutterbars for local markets.

The Agco-Allis, Massey Ferguson, Valtra and Challenger brands mop up about 2,000 tractor sales each year while about 100 MF and Challenger combines are sold annually alongside US-built Hesston hay and forage equipment.

The Argentinean Agco-Allis factory churns out about 600 tractors a year with three-quarters of parts sourced locally and a quarter coming from neighbouring Brazil. The tractor range runs from 110hp up to 220hp.