For the past 26 years, Russell Price has been going the extra mile for his 150 contracting customers.

His complete service sees him take an active role in the full farming cycle, offering agronomy and tillage suggestions to give him and his customers the best chance of getting the most out of the land and the crop. 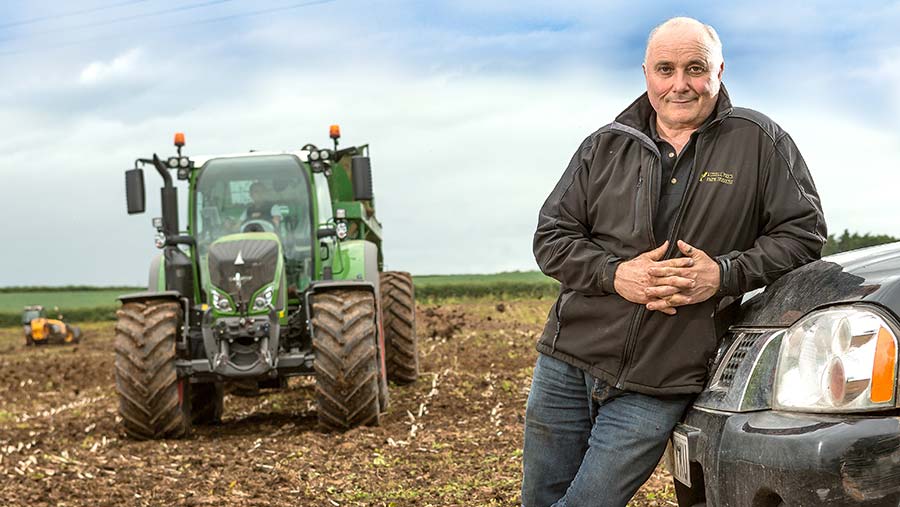 The aim is to build a one-stop farming shop across Worcestershire, Herefordshire, Gloucestershire and south Shropshire, including drilling, spraying and harvesting alongside the home farm and a machinery dealership he started in 2007.

Like most contracting outfits, kit purchases take an almighty bite out of the business’ capital, but Russell tries to limit the financial hit by timing purchases and sales to get the most out of every item.

He’s also keen to be at the front of the queue for new technology that could improve his productivity, provided it justifies the investment.

His team of nine core staff balloons to 25 during busy periods, but Russell still likes to spend time in the driver’s seat where possible, which helps keep his finger on the farming pulse.

Many of his staff have been there for up to 20 years and are rewarded annually with a bonus scheme. He also employs an independent agronomist to provide in-house crop protection services.

That has helped him explore other crop types, reduced his dependency on arable work and provided a steadier source of income in the long-term.

Contractor of the Year 2017 is sponsored by Fendt