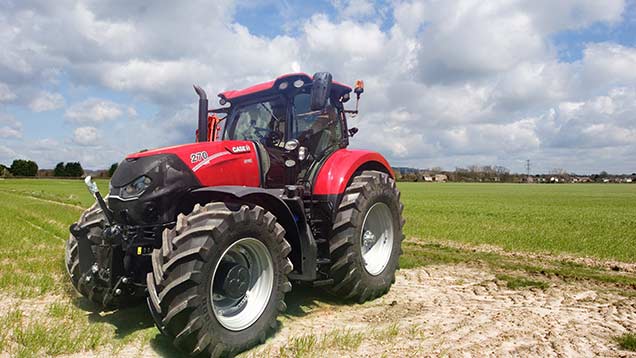 Pictures have leaked of a new Case IH tractor range that will sit between its Puma and Magnum-series machines.

Judging by the stickers on the bonnet it will be called the Optum and sources have said that it will be available in two models – a 270CVX and 300CVX.

If Case-IH’s existing numbering is anything to go by that means the top model will have a rated power of about 300hp and a bit more with boost.

The official launch is set for the Agritechnica show in Hanover this November and expect to see a blue-equivalent following shortly.

This will sit between the T7 and T8 ranges and is rumoured to be called the T7HD (Heavy Duty).