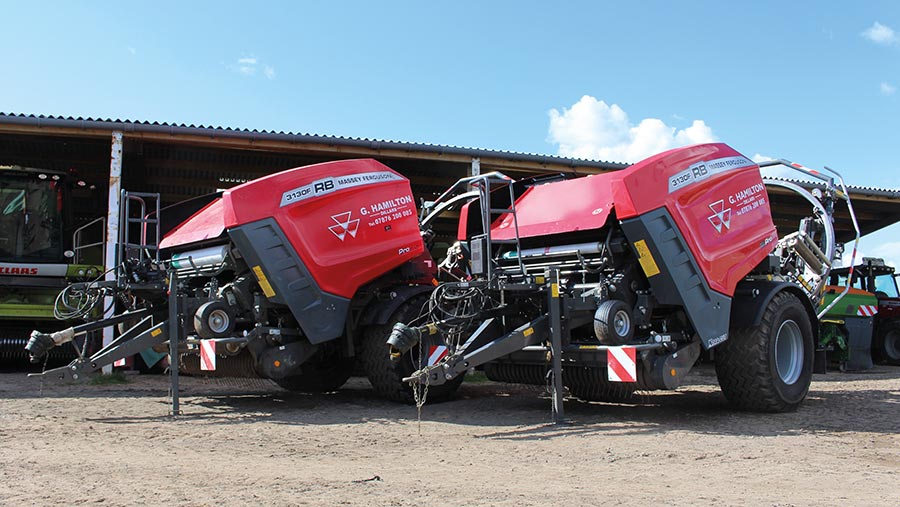 What made you choose a Massey Ferguson baler-wrapper?

We have run Lely balers for many years – first the RP12s and then through the 235s and 245s. Our old setup consisted of two balers and a pair of wrappers at the stack, but then, before the Agco takeover, we had a demo of the Lely Tornado baler-wrapper. The only reservations I had were bales bursting when offloading on the move.

I didn’t bother looking at other brands, as we know the dealer, Ross of Lanark, very well and all our tractors are MF. I also wanted to stick with the Lely concept that we have used for years. 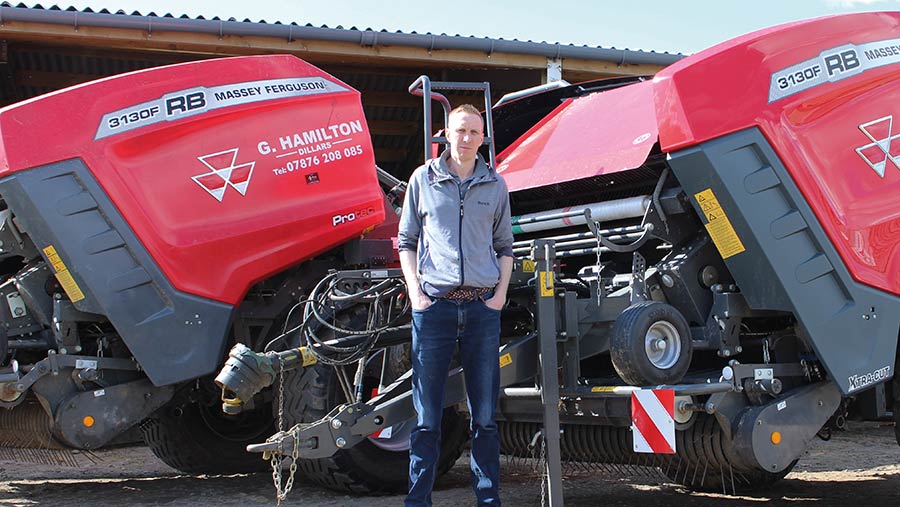 I don’t think you’ll get a better bale, which is partly down to the latch locking the back door shut when it is closed – there is no chance of it creeping open as the pressure builds inside the chamber.

Both machines can be controlled through Isobus, but we still have the control box in the cab, as not all of our tractors are compatible and it allows us to switch machines if we get breakdowns.

There have only been a handful of missed bales, and they are usually down to not keeping the rubber net roller clean, which is essential in making sure it grips well and feeds smoothly – particularly in relatively wet crops. I find there is loads of space for airflow between the guards and the bale chamber to avoid material building up on the moving parts. 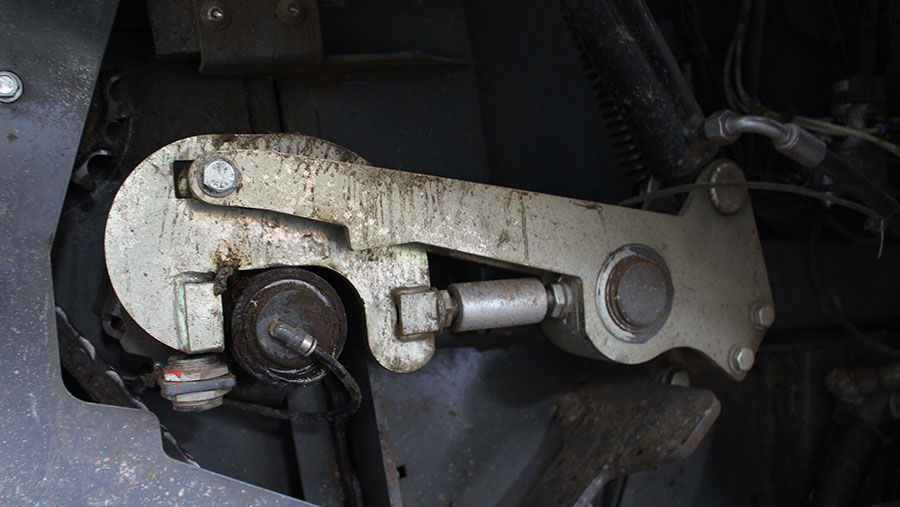 We did have a bearing fail on the rubber guide wheel that controls the wrapping ring, but it was fixed the following morning. In all, I reckon we have been down for a day in total with both machines, so nothing serious. It helps that the main chain driveline now runs up both sides of the chamber to ease the stress on the bigger parts.

Even though we have the Xtracut knife packs, we rarely chop and I haven’t yet changed a set of knives. I try to get customers to make sure we are baling dry grass, as it means better silage in the long run – I don’t see the point in baling water.

This is why I have kept one conventional round baler, as sometimes we get two good days in a week and we need the capacity to keep people happy.

There are 12 carriers for spare wrap rolls and then two on the spools, so usually by tea time we’ll have to take some more plastic out to the field. The bales keep their shape really well, though, and we run the density setting just below the maximum to give us a bit of wiggle room when we need to squeeze in the last bit at the end of a row.

Power for the baler is usually a Massey Ferguson 7718S, which copes fine. I was worried about the extra bulk of the wrapping unit, but it has proved well balanced. 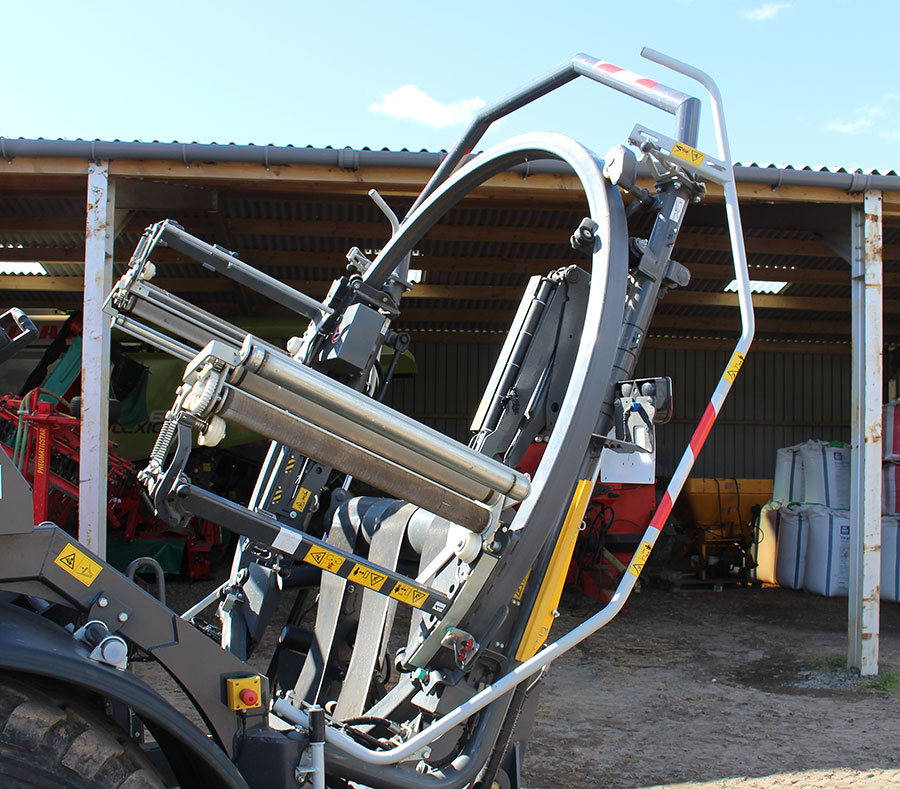 The transfer of the bales from the chamber to the wrapper could be quicker. We have to stop while a cradle shifts the bale onto the wrapper, which means waiting a little longer than we would like.

One thing we have found is offloading bales on the move onto short, dry stubbles can burst the wrap, so I generally try to get the guys to stop when discharging.

A recent design change by Massey Ferguson saw one of the floor rollers added to the rear door. This means it now lifts out of the way when the bale is leaving the chamber so only one floor roller bears weight and there is less chance of the bale becoming bridged.

I’d certainly have another one, but I will always keep a conventional baler as back-up to lend a hand when we are up against it. The last one was traded in at 40,000 bales, so we have a few years to go yet.