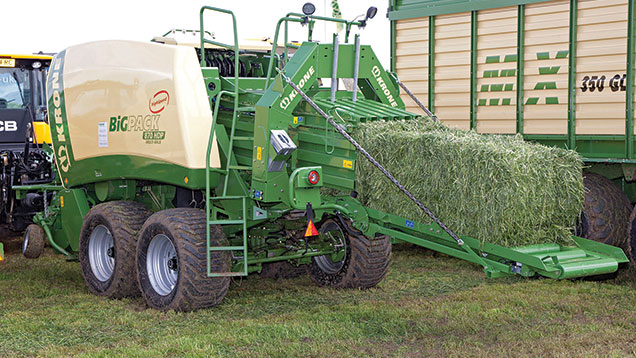 Krone has been getting a surprising amount of interest in its baby Big Pack baler that makes an 80x70cm multi-section bale.

Traditionally, the most popular models in the German maker’s line-up have made 120x70cm bales.

But farmers and contractors producing for the equine market, as well as those moving away from round bales, are apparently hankering after something smaller.

For easy handling in the yard, the Big Pack 870 HDP can also produce as many as nine 30cm, two-string bales within the main five-string one. That gives a maximum bale length of 2.7m.

It’s also fitted with the same tough driveline as the maker’s bigger 1290 and 4×4 balers meaning it can produce a bale that’s 25% denser than a standard pack.